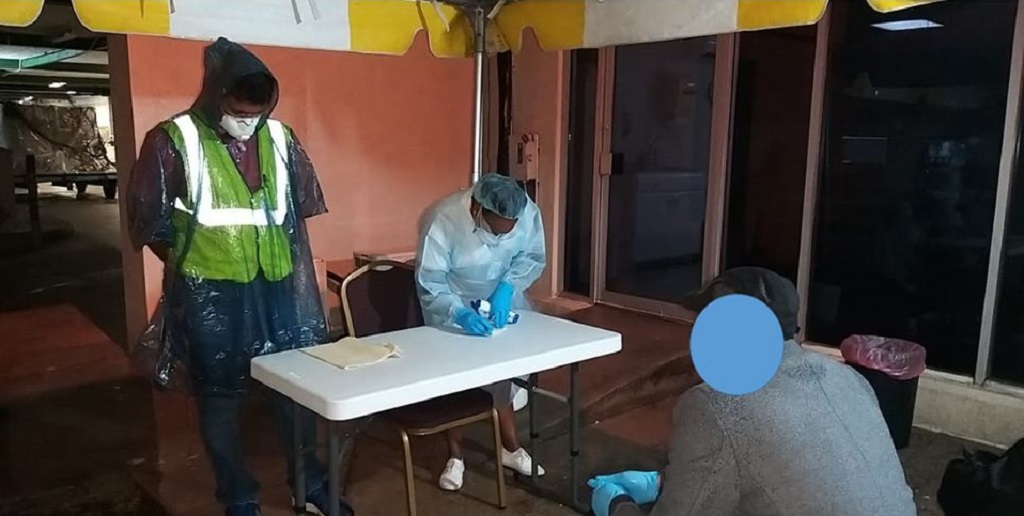 Four Grenadians who returned from China on different dates were quarantined in the past week.

Grenada’s Ministry of Health in a statement said the latest traveller, identified as a student, left mainland China and arrived at the Maurice Bishop International airport on February 8.

Ministry of Health personnel and other officials swiftly isolated the individual from the general population at the arrival area.

The student was screened and interviewed by medical personnel, with a review of the student’s travel documents by immigration officials verifying that the individual left mainland China on February 7.

This resulted in the student’s mandatory quarantine order on arrival in Grenada.

The other individuals quarantined include:

The government of Grenada reminds that it has taken proactive steps to restrict travel to the country by persons who were at risk of exposure to the virus within the last 14 days.

Grenada’s Acting Chief Medical Officer, Dr Francis Martin explained that the measures currently being implemented by the Health Ministry are intended to safeguard the best health interest of all Grenadians.

He stated this during the 46th anniversary of Independence Day rally at the Kirani James Athletic Stadium on February 7, 2020.

Prime Minister Mitchell said: “It is alarming and nothing short of mischievous that elements among us, some of whom we expect to demonstrate a greater level of responsibility are using this situation to create panic, fear, distress and distrust among our people by making irresponsible statements that have implications for the health of the nation’s people.”

Grenada’s Prime Minister said while the epicentre of the outbreak has been identified, persons should refrain from making a country the pariah.

He stated: “All countries face challenges at some time, whether it be the impact of a hurricane as we experienced in 2004 or the current health threat in China.”

Vincentian quarantined on return from China

4 St Lucians quarantined in their homes as per coronavirus protocol