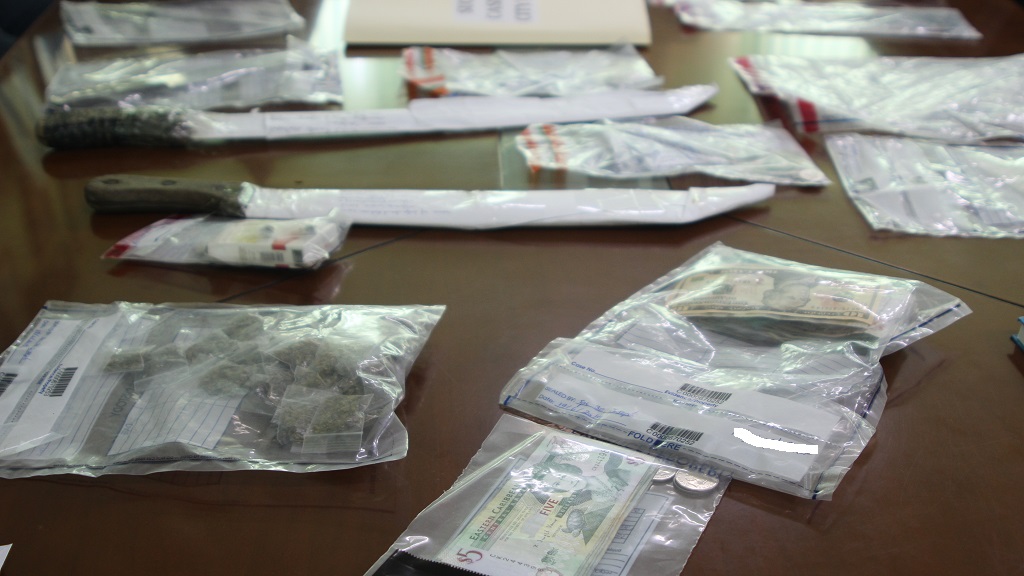 Mayor Peterson Francis is convinced that without the efforts of the city constabulary, petty crime and other illegal activities would be out of control in Castries.

He made these comments while displaying several parcels containing wads of foreign cash, marijuana seedlings, cutlasses, knives and other forms of weapons taken from persons in the city, all of which are evidence in court cases.

He lauded the efforts of the city constabulary in keeping the city safe saying that the city police, working with members of the Royal Saint Lucia Police Force, should be credited with the country experiencing yet another successful cruise ship season.

Francis said it is his intention to restructure the constabulary to tackle organised crime in the City of Castries, something to be done in conjunction with the police force.

“We must recognize that reforms and policy positions work together, and therefore, we salute the decision of the government for legislation which strengthens the role of the city police,” Francis said.

He vowed to work tirelessly in pursuing persons responsible for committing daily unlawful offences in the city, promising more patrols by city police as one such initiative geared to prevent the occurrence of crimes. 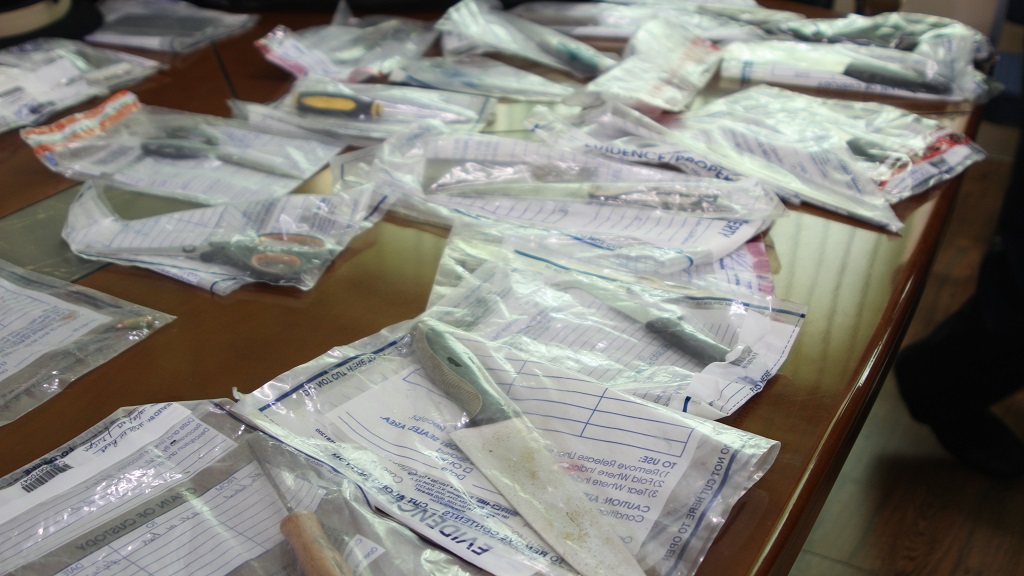 Other methods to come on stream to eradicate crime in the city are the execution of property searches in the city and environs, an increase city police stop and search initiative, the sensitization and education of the public on the role of the city police and instituting roadblocks and traffic searches within the city.

The city constabulary, from March 2018 – June 2019, recorded four unlawful fights in the city along with six woundings and 26 disorderly behaviours.

Regarding possession of control drugs (cannabis), the city constabulary recorded 18 cases for the aforementioned period, three cases involving the cultivation of cannabis and 28 cases dealing with possession of a dangerous weapon.

Statistics for the period showed the city constabulary had to deal with 22 cases of stealing from persons, 22 cases of unlawful assault, 18 cases dealing with obscene language,  five cases of persons resisting arrest, three recorded cases involving insulting words and language, 50 cases dealing with indecent exposure, 36 cases of threatening words, two cases of possession of a controlled drug (hash),  and two cases of controlled drug with intent to supply to another (hash).

Two hundred and forty-five summary offences were recorded by city police for the March 2018 – June 2019 period. Out of that amount 219 were brought before the courts. City police cautioned 26 offences and won 154 in a court of law. Two offences were sent to mediation, two cautioned by the court and 24 pending in the trial court.

The city police currently have 34 offences pending in the magistrate court. They take action on a daily basis on offences like indecent exposure, threatening words, possession of cannabis, cultivation of cannabis, assault and resisting arrest. 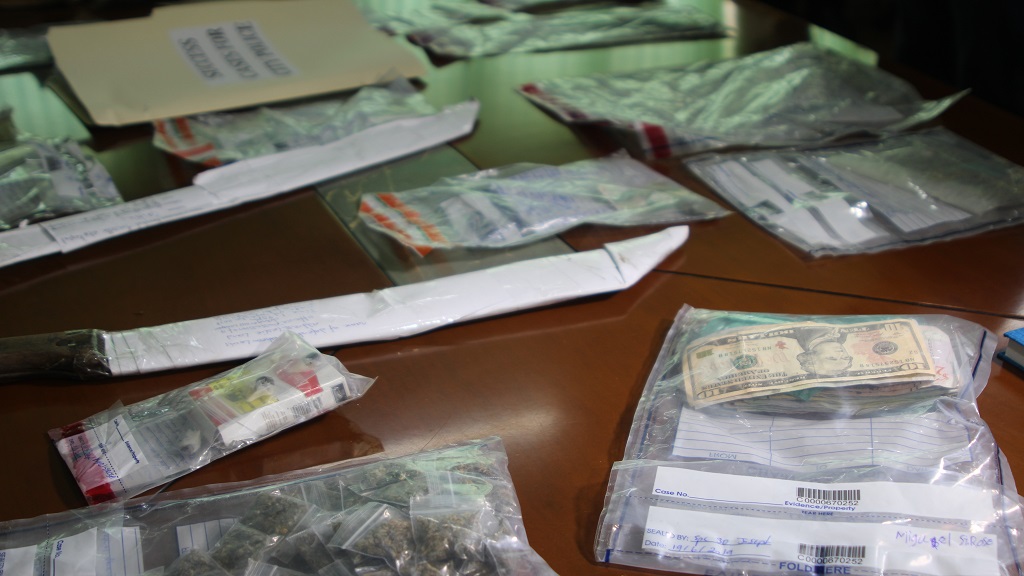