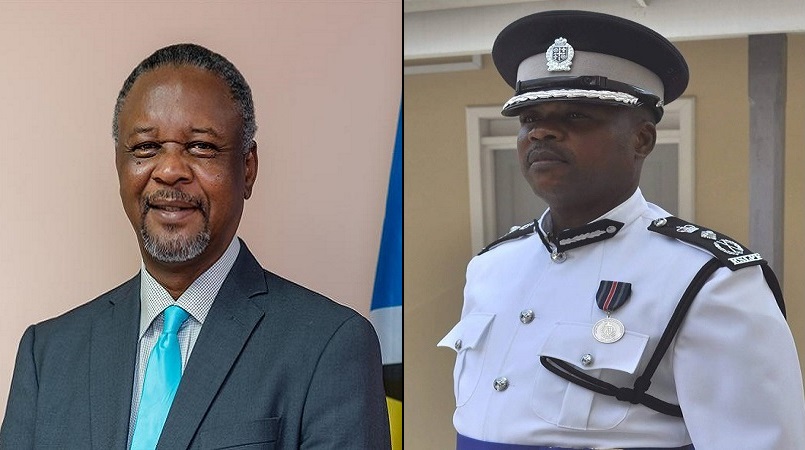 Home Affairs and National Security Minister, Senator Hermangild Francis, has moved to set the record straight about his relationship with Police Commissioner Severin Monchery amid social media reports claiming he does not like Monchery as head of the police department.

He told reporters that this was all nonsense and that he and Monchery have a good relationship. “This has been boiling that I do not like the Commissioner…the Minister wants Mr. Desir (Deputy Commissioner) as Commissioner…”

Francis spent less than a minute talking on the subject but clearly showed that such talk was fabricated and utterly false.

However, in spite of his denial of acrimony between himself and the Commissioner, a Whatapps text in circulation claims that Monchery is to be pushed out of office to make way for Desir to become Commissioner.

Chiding a reporter for bringing up the subject at a news conference on Monday, Francis said that research showed that Desir is older than Monchery, therefore, making Desir the first to leave the police force on reaching the age of retirement.

Dismissing the allegations that he dislikes Monchery with a wave of his hand and with some irritation that the subject would be introduced at the presser, Francis, nevertheless said he would not mind Monchery being a “little more forthright”.

Speculation is rife that Monchery is on his way out, something he has neither confirmed nor denied.