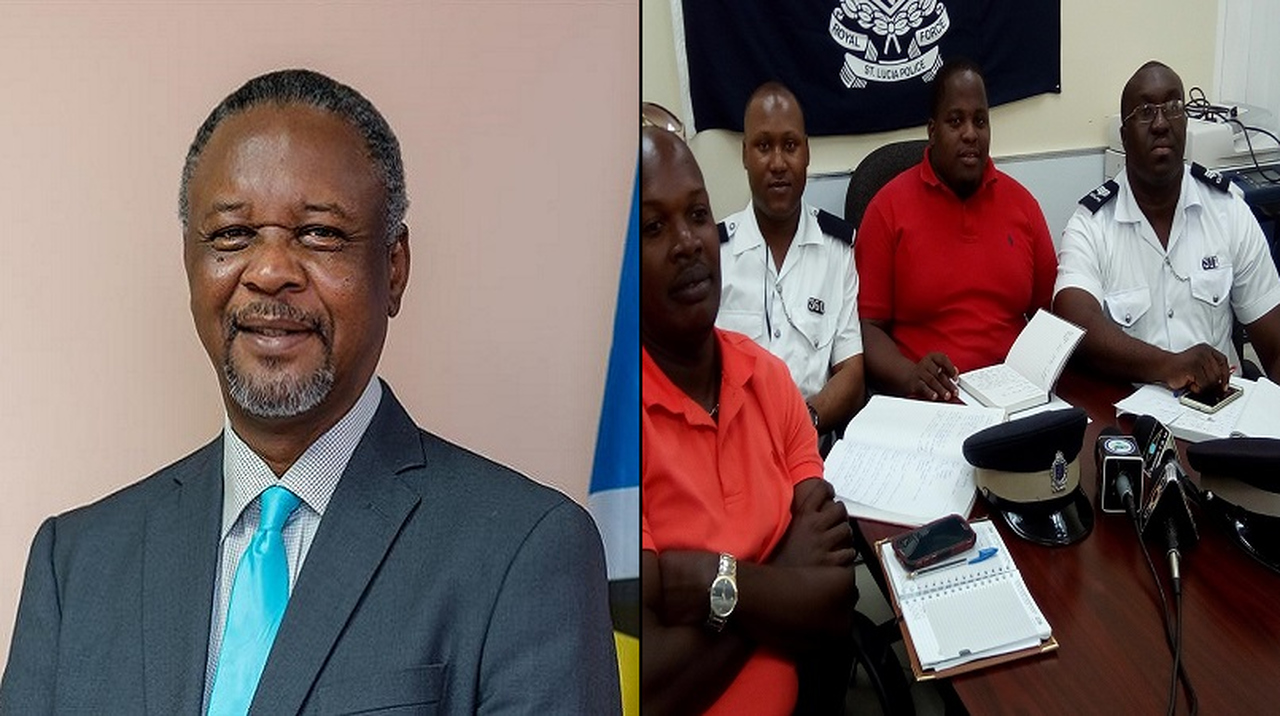 Home Affairs Minister Hermangild Francis may have responsibility for the Royal St. Lucia Police Force, however, the two are not seeing eye-to-eye on issues pertinent to maintaining the morale of members of the police force.

Take for instance the matter of IMPACS, an inquiry into the shooting deaths of 12 persons by police in 2010. While this matter has yet to be resolved up to today, it has produced condemnation from the United States of America and the European Union, with the former instituting sanctions against the police force almost crippling its participation in crucial training events sponsored or organized by Americans.

President of the Police Welfare Association (PAW), Travis Chicot said his executive has yet to sit with the minister on the IMPACS issue.

The police force could find itself faced with an image problem should some of its members find themselves arrested, charged and convicted for their involvement in the shooting incidents. And with morale said to be at a low as a result of the ongoing investigations into those matters, it did not help when last week Francis told police officers to get out of hiding from the IMPACS report and get back to work in restoring confidence in St. Lucia.

Said Francis, “What I’ve always told the police is that every time you do an operation there will be praise and criticism and what you need to do is take a post-mortem. After that, even if you have done the job well, there is always a need for improvement. So, maybe it was done badly we will learn from the experience. But that does not give the police officers cause to say that because the IMPACS report is there we cannot perform our duties. They are still getting paid.”

The executive of the Police Welfare Association is not pleased with the implications of Francis’ comments. President Travis Chicot said police officers are working, performing their duties and are not hiding. He also said there is public confidence in the police officers.

“The statistics will show that police officers are working, however, the statistics will also show that whilst our numbers are depleting we have not been able to fill in the spots. The police are working, their numbers are stretched. We need to now beef up recruitment to fill in the numbers that have gone out of the service. If police officers were not working I would assure you the public would have gone to the media by now,” Chicot said.

“I do not know where the minister may have gotten that information from but I know in the organization there are rules and procedures that if a police officer is not doing his job then there are ways to deal with it. Our officers are working, any police officer in the organization who refuses to do his job then we know what we are supposed to do. There is a disciplinary process,” Zachary Hippolyte, the Association’s PRO said.

He then gave a list of internal problems police officers are faced with and yet are able to perform their duties in a professional manner.

“Look at the conditions under which our police officers are working under and we are still at work. Look at the Soufriere police station, the drug squad. Buildings are falling apart. Look at the Traffic Unit, mold issues. The air conditioners are not working, beds are crumbling, water systems backing up and yet do you see us laying down our tools?,” said Hippolyte.

Chicot called for making police stations comfortable for officers to work in.

“When you look at those conditions I could tell you they are not the best. While other departments (of government) will walk out refusing to work in those conditions the police continue to work,” Chicot said.

Hippolyte said a lot of good deeds are performed by police officers that are not spoken off despite all what they are going through.

“I see police officers, on a daily basis do remarkable things for citizens and they walk away and smile,” Hippolyte said.