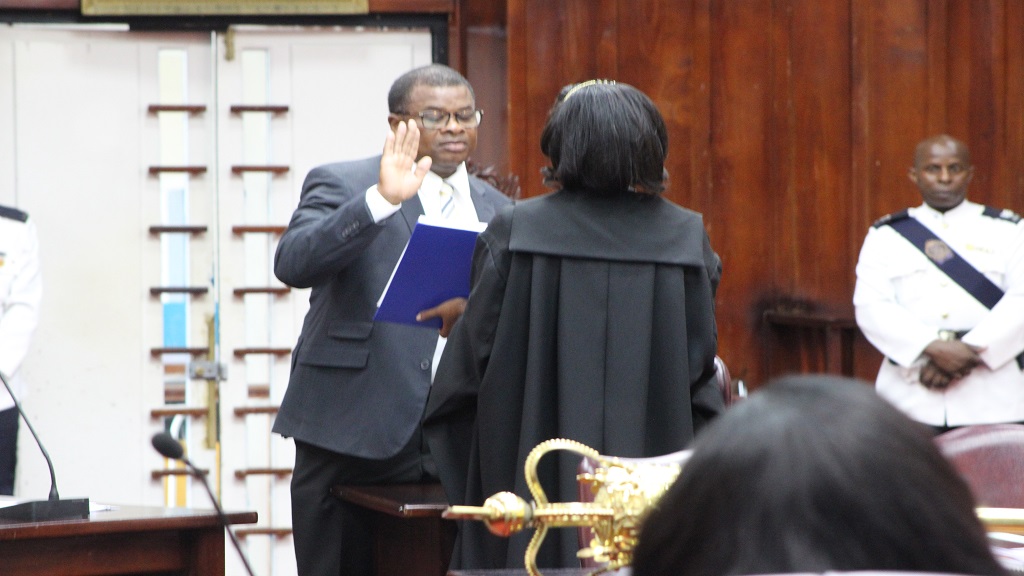 Senator Mary Isaac has replaced Ubaldus Raymond as the leader of government business in the Senate.

Raymond who, in the almost three-year rule of the government had been hit by scandal on two occasions, both times involving women, yesterday resigned as a Senator and Public Service Minister.

His resignation came a day before the Senate was due to meet to deal with the 2019/2020 Appropriations Bill that was successfully passed in the House of Assembly two weeks ago.

Raymond’s place in the Senate was filled by Francisco Jn Pierre, a well-known supporter of the governing administration’s United Workers Party (UWP).

Jn Pierre was the UWP’s candidate for the Laborie constituency in the 2016 general elections. He lost that parliamentary seat to the incumbent Alva Baptiste.

Jn Pierre is the father of Jadia Jn Pierre, a former press secretary of past Prime Minister Dr Kenny Anthony of the Saint Lucia Labour Party.

Jn Pierre took the oath of office shortly after the Senate met this morning.

Senate President Jeannine Giraudy McIntyre expressed the hope that Jn Pierre’s tenure would be fruitful and to the mutual benefit of everyone in the Senate.

She urged Jn Pierre to read carefully the Constitution of the State and the Standing Orders of the Senate as these are the documents that would guide him in the Senate.

Raymond, last Thursday on the television show “Talk” told host Rick Wayne that he sent two WhatsApp messages to the Prime Minister, one of which expressed his intention to resign, the other stating his decision to withdraw the first message. Prime Minister Allen Chastanet earlier today confirmed receiving these messages.

After news of his intention to resign surfaced, which came on the heels of cell phone recordings between him and a woman from Trinidad and Tobago, Raymond found himself exposed in a way that drew heavy criticism from the public.

Four days after news of Raymond’s resignation surfaced, Chastanet continued to offer no comment to questions about the resignation. However, he relented and indirectly stated that Raymond did not resign.

Shortly after that, the Prime Minister made it known that an investigation would be launched into the events that may have prompted the rumours of Raymond’s investigation. This was followed by a statement from the Attorney General’s Chambers stating that the Government of Saint Lucia had launched an investigation into recent information being circulated in the public domain surrounding the Minister for the Public Service and Senator Ubaldus Raymond.

The statement noted that government was seeking to protect the interests of the people of Saint Lucia and that the investigation would be performed without interference and with the utmost integrity and that Raymond would proceed on leave.

The statement from the Attorney General’s Chambers also claimed that at the conclusion of the investigation its outcome would be presented to the general public.

Raymond investigations to be assisted by T&T officials