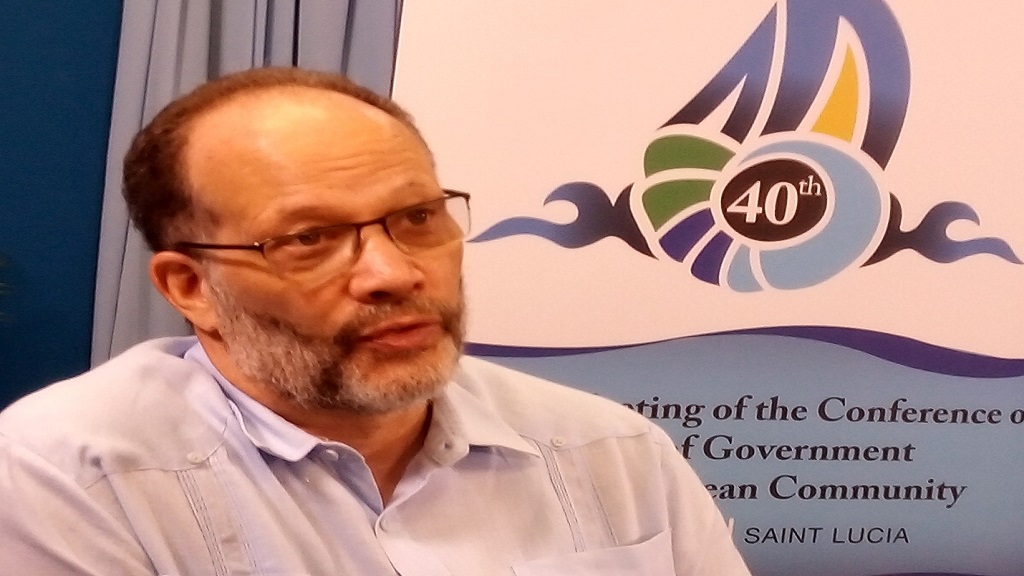 A full house is expected at the 40th Regular Meeting of the Caribbean Community (CARICOM) slated for tomorrow afternoon in Saint Lucia.

The opening ceremony, which is slated for the Royalton Resort at 4:30 p.m., will be addressed by Chastanet, the immediate past Chairman Dr Timothy Harris of Saint Kitts and Nevis, CARICOM Secretary-General Ambassador Irwin LaRocque and the United Nations Secretary-General Antonio Guterres. He, along with Prime Minister of Norway Erna Solberg, are the special guests of CARICOM invited to tomorrow’s meeting which ends on Friday.

Among the items the Heads of Government will discuss are the CARICOM Single Market and Economy (CSME) which, Ambassador LaRocque said at a press conference today, will feature prominently at the meeting. It is expected that measures to enhance the CSME will be agreed on.

The private sector, labour and civil society are expected to join the Heads on discussions dealing with the CSME. A Commission on the Economy from CARICOM is expected to give an interim report to the Heads over the next few days.

On the agenda for discussion of the Heads of Government will be the blacklisting issue so many of them found themselves in with the European Union over the past year or two. According to LaRocque CARICOM has a strategy moving forward on that issue.

Crime and security will also feature prominently during the three days of meeting between the Heads of Government of CARICOM. LaRocque said the Caribbean Community is seeking to strengthen cooperation on crime and security between member states.

Among some of the issues the Heads will raise with Norway’s prime minister and the Secretary-General of the UN are what LaRocque described as issues of great concern to CARICOM like climate change and sustainable ocean economy.

“We expect good discussions with the two of them,” LaRocque said.

The Heads of Government are expected to build on the St. Ann’s Declaration approved at their 18th Special Meeting on the CSME last December in Trinidad and Tobago. The Declaration, which confirmed the CSME as the most viable platform to support the region’s growth and development agenda, put forward several measures for determined action among them being a more formalized, structured mechanism for engagement with the region’s private sector and labour; expansion of the categories of skilled nationals entitled to move freely and work within the Community, to include Agricultural Workers, Beauty Service Practitioners, Barbers and Security Guards; ensuring Community-wide recognition of each Member State-issued CARICOM Skills Certificate; reinforcing regional security mechanisms; and permitting the Region’s citizens and companies to participate in public procurement processes across the Community.

CARICOM: Heads of gov’t will not interfere in Venezuela’s politics