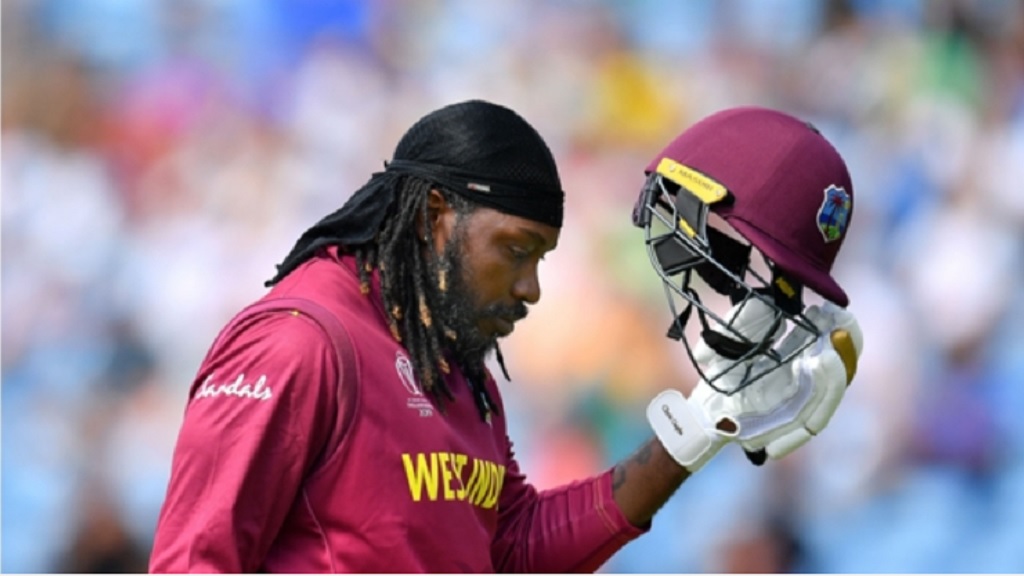 Chris Gayle failed to impress on his 299th ODI appearance.

Chris Gayle made just four runs on his 299th One-Day International (ODI) appearance for West Indies as the first match of their series with India was abandoned due to rain.

Having elected not to retire after the World Cup as initially planned, Gayle matched Brian Lara's one-day appearance record on Thursday, though he failed to impress with the bat as he made just four runs from 31 deliveries.

After a delayed start, the Windies survived unscathed for five overs before the weather closed in once more, halting play.

When the action resumed, the home side looked in good shape as Evin Lewis clicked into gear, hitting two sixes and a pair of fours in the space of seven balls.

But while Lewis - who finished up unbeaten on 40 - was upping the scoring rate, Gayle could not get into his stride. He eventually succumbed to a full delivery from Kuldeep Yadav, edging onto his own stumps.

Shai Hope came in to replace Gayle, though the match would not last much longer, with the rain returning. Following several pitch inspections, the officials called off the game with West Indies having reached 54-1 in 13 overs.

Gayle will have the chance to atone for his disappointing display in the second match of the three-game series on Sunday.