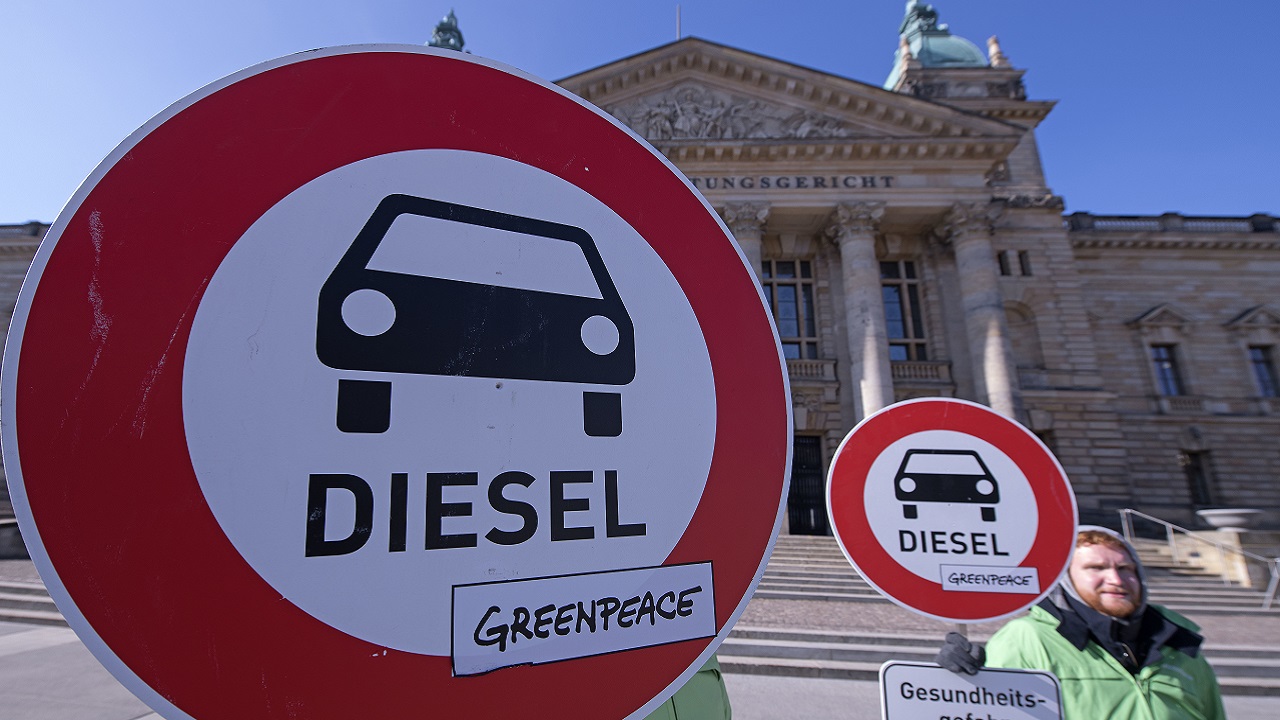 A German court ruled on Tuesday that cities can ban diesel cars and trucks to combat air pollution, a decision with wide-ranging and costly implications that marks a turning point for diesel vehicles in Germany.

While environmentalists cheered and business groups protested the decision by the Federal Administrative Court, the German government scrambled to reassure drivers it would seek to prevent such drastic measures. Confusion ensued over who would take the financial hit - diesel owners or car companies - if people could not drive their vehicles into German cities.

Shares in German car companies were down following the ruling, with Volkswagen hit the hardest.

Diesel cars were first invented in Germany and remain a popular alternative to gasoline-powered vehicles, with about 12 million affected vehicles on the road.

"It's a great day for clean air in Germany," said Juergen Resch, head of the group Environmental Action Germany which had sued dozens of German cities for failing to meet legally binding emissions limits. Resch noted the Leipzig court concluded that European legislation and people's health were more important than national regulations.

Judges rejected the appeal, effectively instructing two cities at the center of the case - Stuttgart and Duesseldorf - to consider driving bans for heavily polluting diesel vehicles in their clean air plans.

Germany's environment minister, Barbara Hendricks, said the ruling doesn't force cities to impose diesel bans and that the government hopes they can be avoided. Still, she said the decision confirms "the population's right to clean air in cities today".

While diesel cars produce less carbon dioxide and tend to get better mileage than gas-powered vehicles, they emit higher levels of nitrogen oxides, or NOx, that are harmful to human health.

Chancellor Angela Merkel sought to downplay the prospect of widespread diesel driving bans, suggesting that many of the 70 German cities that regularly exceed pollution limits might be able to cut harmful emissions with other measures.

Experts, however, questioned whether bans can be avoided and accused the German government of ignoring the health problems caused by diesel for too long.

Whatever measures German cities take, the owners of diesel cars are likely to bear some of the costs. The value of diesel vehicles already took a severe hit when carmaker Volkswagen was found three years ago to have used in-car software to cheat on US diesel emissions tests. Judges in Leipzig made it clear that cities won't be required to compensate drivers for being unable to use their diesel cars.

The verdict prompted anguished comments from groups representing small and medium-sized companies, many of which use diesel vehicles for their business. Berlin's Chamber of Commerce said firms in the capital would have to spend 240 million euros (US$295 million) to replace their fleets if diesel cars are banned — enough to drive many out of business.

Automakers, too, can expect to cough up. Kai Wegner, a lawmaker who speaks for Merkel's party on urban issues, said consumers shouldn't suffer because of car manufacturers' failures.

"The auto industry that caused the harmful emissions has to upgrade diesel engines at its expense," he said.

Matthias Wissmann, head of the German automakers' association VDA, called on cities to carefully weigh what measures would be most effective in reducing harmful emissions. He noted that the cleanest diesel cars, which meet the so-called Euro-6 standard, wouldn't be affected by driving bans.