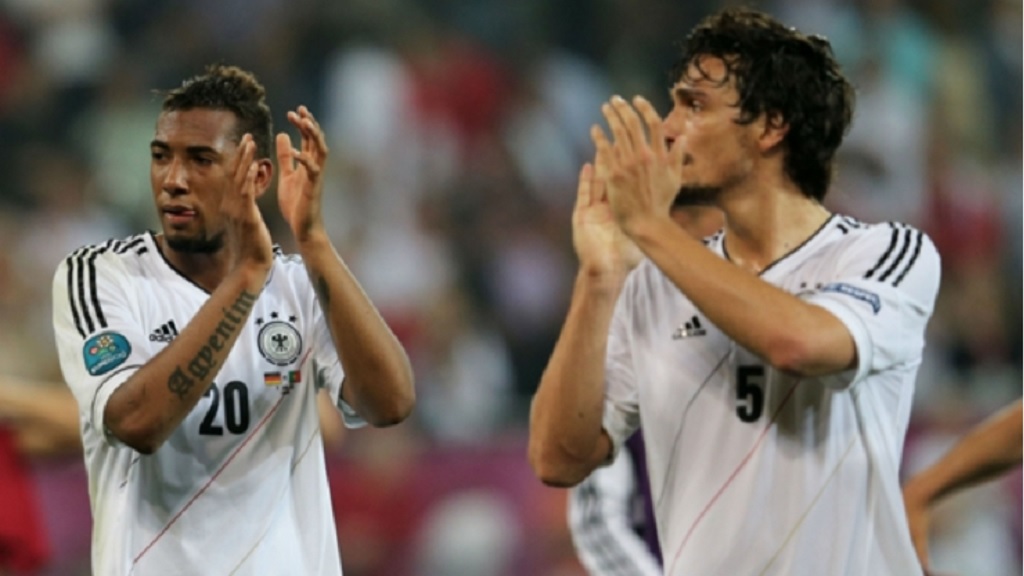 Germany fans thanked Mats Hummels, Thomas Muller and Jerome Boateng prior to Wednesday’s friendly against Serbia after Joachim Low said they were no longer in his plans.

Head coach Low shocked German football earlier this month when he announced the three Bayern Munich players were to step aside at international level.

The experienced trio all played an important role in Germany's 2014 World Cup triumph, but following an embarrassing title defence in Russia last year that saw them dumped out in the group stage, followed by a dismal Nations League campaign, Low opted to make radical changes.

Many have come out in support of the ostracised trio, criticising Low for publicly ending their careers for the national team instead of just dropping them, while the players themselves have voiced their displeasure.

Germany’s supporters showed their gratitude at the Volkswagen Arena, creating a display before kick-off that said "thank you" and included the respective squad numbers for Hummels, Muller and Boateng underneath.