Giannis apologises to LeBron, Curry and Bryant family after hacking 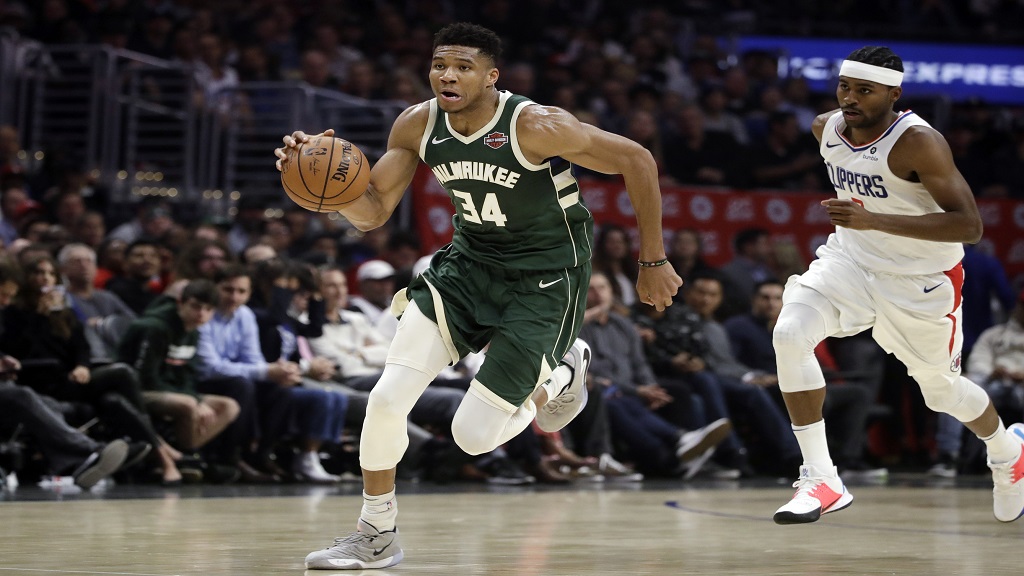 Giannis Antetokounmpo said a hacker was behind a string of racist and insulting posts on his Twitter account, leaving him "disappointed and disgusted".

A series of controversial tweets from the NBA MVP's official account targeted the Milwaukee Bucks and his team-mate Khris Middleton, as well as LeBron James and Stephen Curry.

Insensitive comments were also published about Kobe Bryant, who died alongside his 13-year-old daughter Gianna and seven others in a helicopter crash in California in January.

All of the incendiary posts have since been deleted.

In a statement published on Twitter, Antetokounmpo said: "Hey everybody! I'm back and would like to address the social media incident from earlier today! I was hacked and the situation is currently being investigated.

"The tweets and posts were extremely inappropriate and I am so disappointed and disgusted that somebody would say the terrible things that were said!

"I feel terrible that the Bucks, Khris, LeBron and the Curry family were included in the malicious and untrue tweets.

"I feel especially terrible for the Bryant family, during their time of grief they should not be subjected to this type of negativity and foul behaviour.

"Thank you all for always supporting my family and I, and please stay safe!"

A statement from the Bucks read: "Giannis Antetokounmpo's social media accounts were hacked this afternoon and have been taken down. An investigation is underway."

Antetokounmpo's brother Kostas, who plays for the Los Angeles Lakers, attempted to make followers aware the Bucks star was not behind the comments as they were published.

"He genuinely apologises for everything that was tweeted and he will be back as soon as possible!

"The things that were said by this hacker were extremely inappropriate and disgusting!"