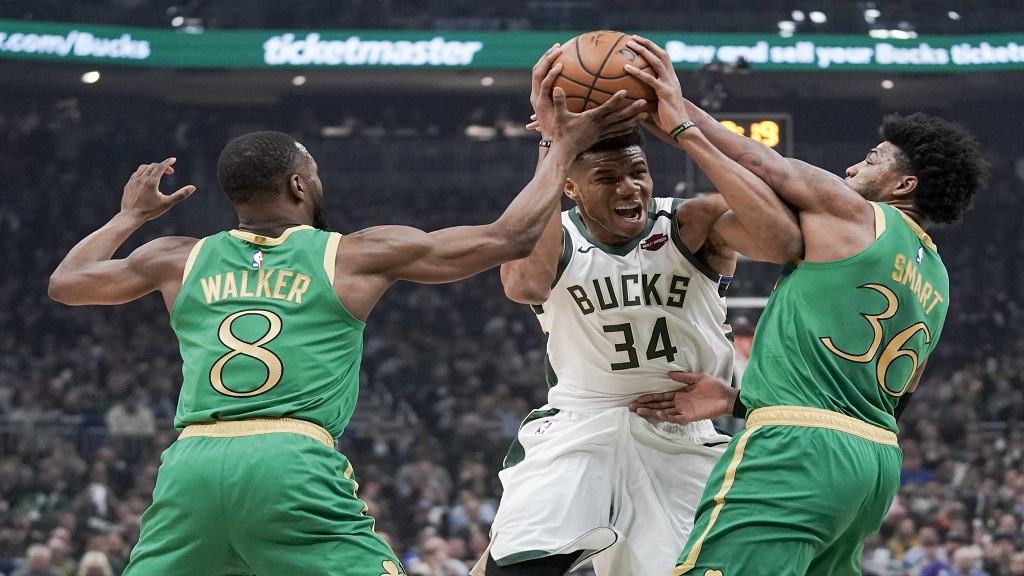 Antetokounmpo scored 32 points and collected 17 rebounds as the Bucks (37-6) extended their winning streak to five games on Thursday.

It was the 35th double-double of the season for reigning MVP Antetokounmpo in Milwaukee.

Meanwhile, the Los Angeles Clippers made it back-to-back wins via a 122-95 victory over the Orlando Magic.

Orlando ended the Los Angeles Lakers' winning streak on Wednesday, but they were unable to back up that performance against the Clippers.

Ingram and Mitchell explode for career highs in shoot-out

Brandon Ingram recorded a career-high 49 points to lead the New Orleans Pelicans to a stunning 138-132 overtime victory against the Utah Jazz, who had their 10-game winning streak snapped. Jazz star Donovan Mitchell tied his career high with 46 points.

It was a tough night for Celtics star Gordon Hayward. Struck down by injuries during his time with Boston, Hayward was one of 10 from the floor and one of nine from three-point range for seven points in 32 minutes.

The Pelicans soared but Lonzo Ball did not. While managing 13 assists, Ball had just five points on two-of-12 shooting from the field and one-of-five from beyond the arc in 42 minutes.