Girl, 2, eaten alive by crocodiles on family's farm in Cambodia 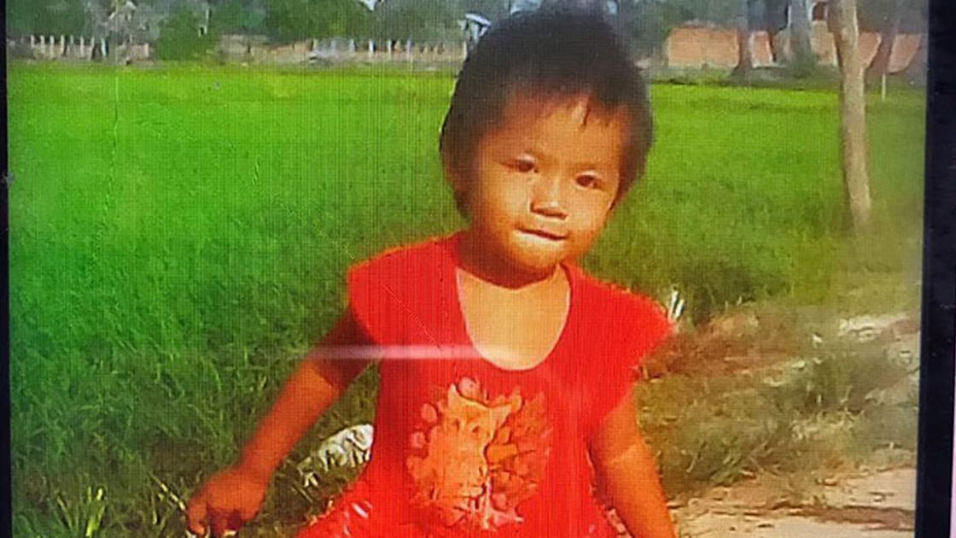 A two-year-old girl was eaten alive by crocodiles after wandering into the enclosure on her family's farm.

Rom Roath Neary had been staying alone with her mother Nay Si, 32, who was preoccupied with a newborn baby at their home in Siem Reap, Cambodia, on Sunday morning.

Tragically, the youngster wandered off and was not seen alive again. The girl's father Min Min, 35, returned home at 10AM and began looking for the girl.

Horrifically, he found his daughter's skull stripped of flesh laying on the ground of a concrete enclosure.

The crocodiles are seen in video eating toying with the skull, thrashing it from side to side in their jaws. Harrowing pictures show the parents breaking down in tears as they clutch the remains of the toddler in their living room.

Police chief Captain Chem Chamnan said: ''Her father only found her skull in the crocodile enclosure, where she was killed by crocodiles.''

Officers said that the youngster had been at home with her mother, who had recently given birth and was caring for the newborn baby.

Police said the family had recently built a fence around the 10ft high concrete pool, but children were still small enough to fit through the gaps.

The youngster had left the home and had been playing on the land around the crocodile farm, which is behind the property.

Officers urged other families who run crocodile farms, for producing leather and meat, to take extra care to prevent children from getting inside the areas.

Watch: Crocodile emerges with missing man in jaws in Indonesia

In Rwanda, 7 people killed by crocodiles amid dry spell