Good to Goat: Franka Philip brings Goatober to the Caribbean 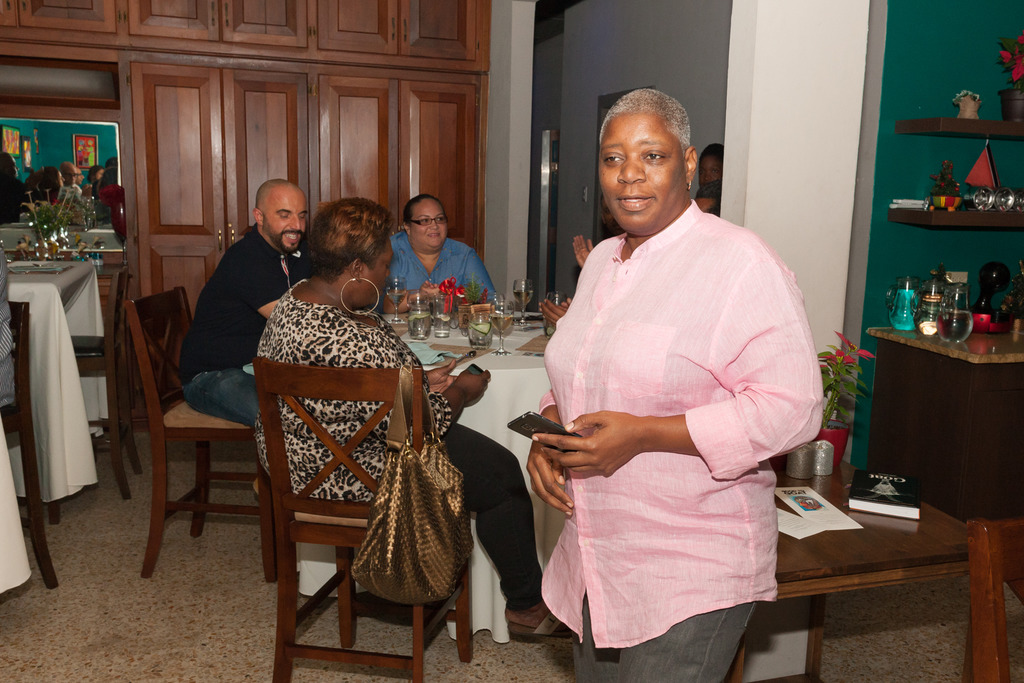 When it comes to goat meat, Caribbean people are fond of cooking it the same way: in curry.

One woman is intent on changing that.

Franka Philip, a popular media personality in Trinidad and Tobago, wants to expand the variety of ways goat meat is cooked, educate Caribbean people about goat meat in general and improve the goat industry.

This October, she will be introducing Goatober to the Caribbean, starting first in T&T.

Goatober began when an American woman, Erin Fairbanks and renowned cheesemaker Anne Saxelby, wanted to end the practice of euthanizing young male goats that the dairy industry had no use for.

Goatober was created as a month-long celebration on the menu of New York restaurants as a way to promote goat meat as delicious, ethical and sustainable.

In 2016, UK chef James Whetlor introduced Goatober to the UK and to mainland Europe the following year.

“I follow Cabrito, a website run by James who is a chef concerned about waste in the dairy goat industry. You only need girl goats for milk and cheese and they would euthanize boy goats so he started to raise and rear boy goats and sell to restaurants. A friend connected James and me and we hit it off. I discovered he was doing Goatober which started in the States. James formalised it in the UK and is moving it through Europe and I said hey, Trinidad need to get in on that, we love goat and our meat is pretty decent and I just decided I am doing this,” said Philip. 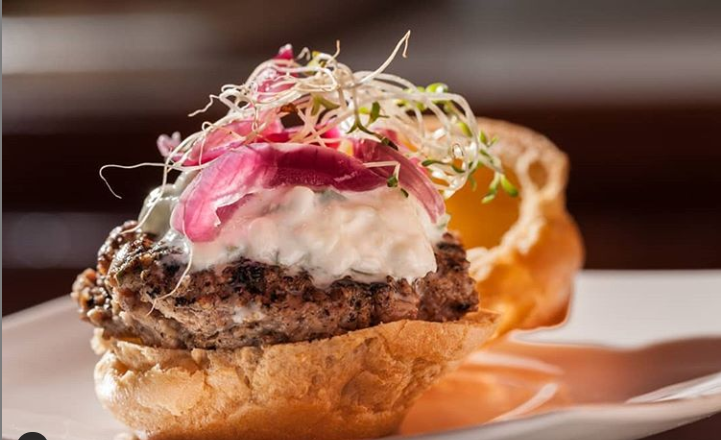 A goat slider made by Chef Bianca Bianco

On December 9, Philip launched the first in a series of events leading up to Goatober. The intimate dinner at Aroma Culinary Studio in Woodbrook, Port-of-Spain, was attended by specially invited friends including top chefs in the country and representatives of the Sheep and Goat Association.

An Italian trained T&T Chef by the unique name of Bianca Bianco whipped up the menu which included steamed goat wontons, hops with sliced goat meat, goat and cheese ravioli and corn cake with goat milk, sour cherry ice cream, and coconut tuile. It was her first time working with goat meat.

“We used James’ book Goat as a guide and adapted recipes to suit our palette. We tried to get a nice Caribbean flavour,” said Philip. 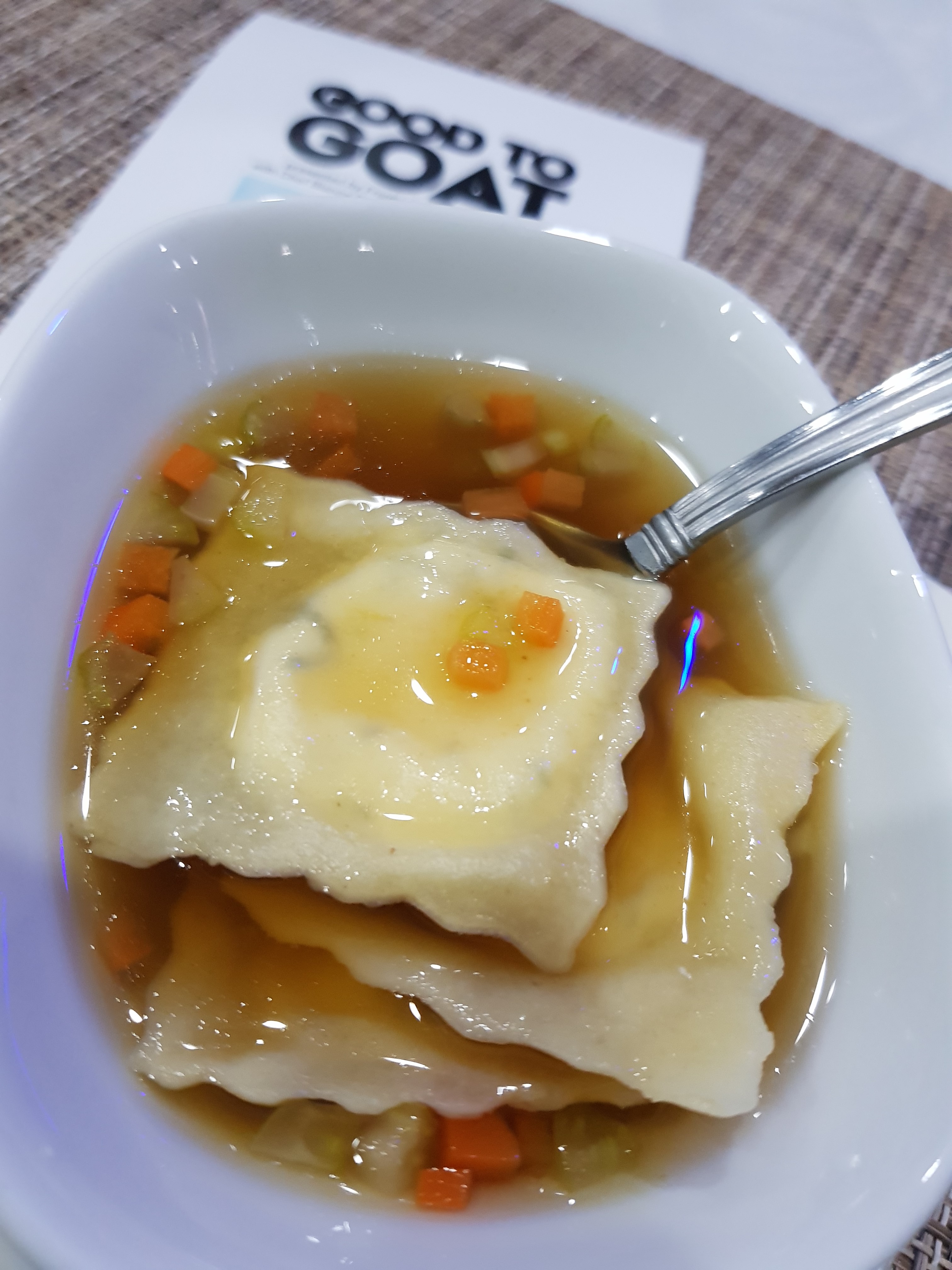 She said one of the challenges they faced in preparing the dinner was the butchery of the meat.

“We practiced on half a goat and it was really badly butchered. We wanted to get bones to make stock and that wasn’t readily available because of how the meat was cut. There are different little elements we realise if we need to bring this up to a different standard and accessibility we have to work with the butchers,” said Philip, who has a deep interest in the way meat is cut after living in the UK for over 13 years.

Deep diving into the world of food

In an age when food blogging has exploded in popularity and self-professed foodies are everywhere, Philip’s foray into food may seem opportunistic.

But when blogging was in its nascent stage in T&T, around 2007, Philip ran a food blog called Can Cook, Must Cook where she experimented with recipes, wrote about personalities, explored cooking in a Caribbean style and did book reviews. She had been living in England since 2000 following her graduation from the University of Sussex.

The blog, she said, was started out of anger.

“Going to England I saw what was on offer. In every one of the big newspapers you had a cooking section, food TV was more accessible and I became more interested in food. I lived with Bostwanian, Norwegian and English people so I was exposed to different types of food. At Sussex University there was a very diverse postgraduate cohort so I got to meet different kinds of people, ate different types of food but Caribbean food was not represented. I thought I should pitch an idea for Caribbean food to a media outlet. The editor of UK TV Food said she loved the idea but she didn’t think Caribbean food was anything to shout about and I got damn vex. That is how I started the blog.” 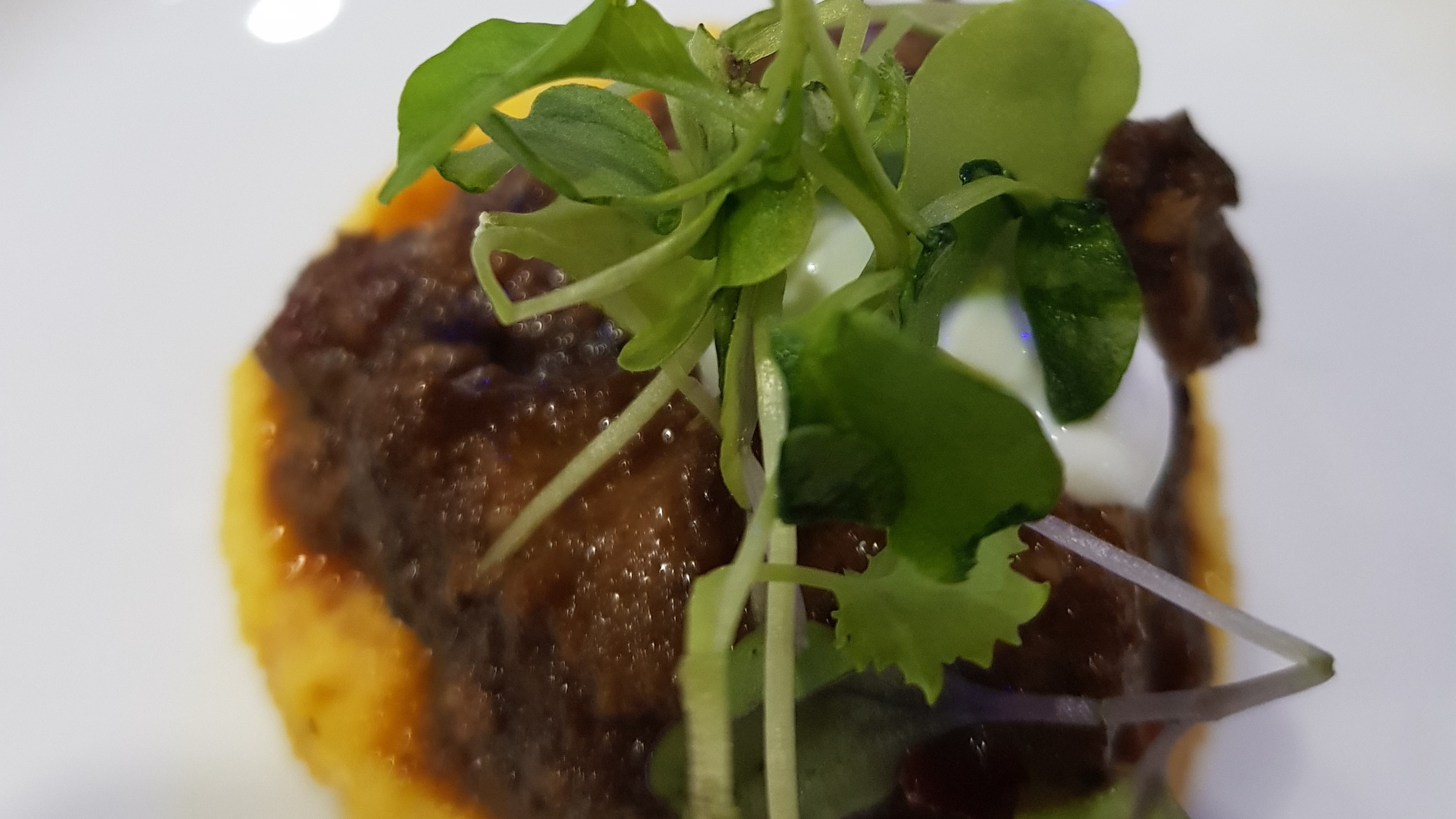 Philip’s passion for food was sparked from an early age. Her late mother, she said, was a really good cook and she spent a lot of time with her in the kitchen. An only child, Philip accompanied her mother to the market and admired the orderly fashion in which she would put away her goods and prep for the week.

“That helped her to manage cooking during the week. She wasn’t a gourmet type chef but what she cooked she did very well. Daddy was into oxtail, cowheel, and souse and Mummy would make oxtail soup but in a nice way, she used plenty greens and had a very balanced approach to the way she looked at food,” Philip recalled.

When cable TV arrived in T&T that opened up a world of food for Philip who would devour food shows on the Travel Channel, one in particular that took viewers across the USA exploring different cuisines.

As a journalist in the Trinidad Express newspaper, even before she left for England, Philip got even more exposure to food.

From 1992 to 1996 she was the social events reporter which allowed her to interact with chefs at all types of events, and they were only too happy to fill her curious mind with their knowledge.

In England, Philip worked at the BBC and became friends with those who worked in the food section. She said Susan Low, an editor at BBC with a progressive approach to food, encouraged her to write for them. 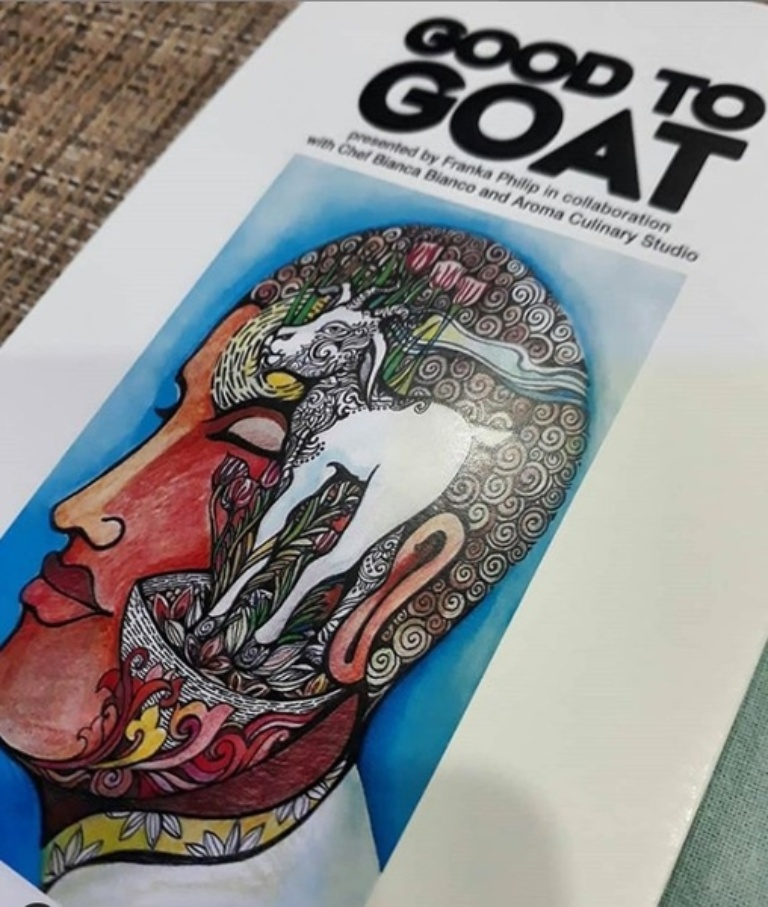 Thanks to her blog, she also got requests to contribute to other publications such as Time Out for which she did food reviews.

“The Food Editor who happened to be Susan’s husband, Guy Dimond, he was very encouraging, he taught a course at City University on food writing and he would ask me to come in and talk to students. I did that for a while and I started to meet more people in food such as Dan Lepard, a well-known baker and food writer in the UK. We became friends and I did a couple Caribbean Beat stories on things we did together. Two recipes we did ended up in his book Short and Sweet. I became familiar with Yotam Ottolenghi, he has a series of books that are very well-known,” she said.

Philip’s plan was to pen her own book about Caribbean food stories but life took another course.

In 2012, Philip returned to T&T when her mother was diagnosed with pancreatic cancer. She died within months of her diagnosis and Philip had to look after her father, who also passed away a few years later.

“I had to make a decision to stay in Trinidad and I had to start working. I was in a high-pressure job at the Trinidad Guardian and I put food on the back burner. I maintained an interest but my actual forays, cooking a lot and experimenting, was on the back burner,”’ she said.

In 2018, Philip left the Guardian and started to renew her passion for food.

“I started to cook more, started going back through cookbooks, going through magazines and rekindled that feeling. I started to get excited by food again,” she said.

She credited a close friend for reminding her about her love for food.

“I was reminded by my friend that I get more excited when I talk about food. It really rang for me. I continued to write for Caribbean Beat. I have been doing that since 2007 and it is a gig that I love, it gets me to write about things I love and I started to get more passionate about doing it. That, combined with the buff from my friend, made me dig out the notes about the book I want to write,” she said, also crediting her partner Ardene, who, she said, has been very encouraging and supportive.

Philip sees her role as stimulating the food industry in different areas. She is keen on food security and sovereignty, innovations, challenges in eating local, issues affecting farmers and wants to educate people about where food comes from. Philip, who runs a digital platform called Trini Good Media (TGM), intends to turn Can Cook, Must Cook into a food podcast where those topics can be explored.

Through Goatober, she will execute her plans to encourage more adventure and creativity with local food, stimulate more activity in the goat industry which has already begun improvements to deliver higher quality goat products and put the Caribbean on the map.

Who does it best? Oil Down

Beer lovers, listen up: New book has some life hacks for you