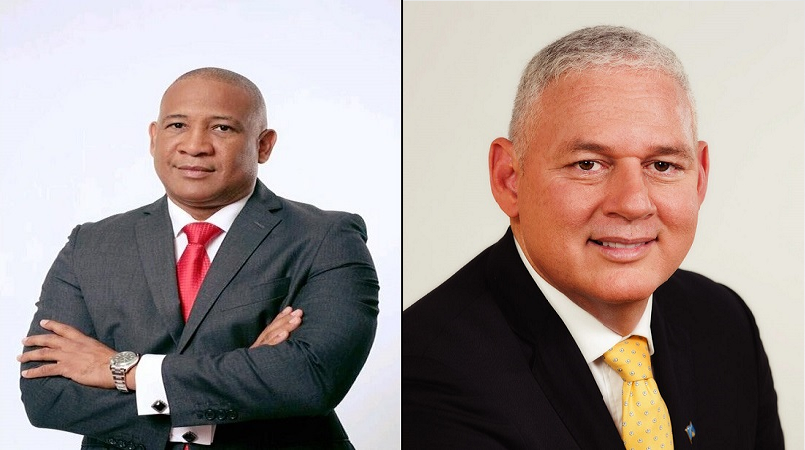 The government has issued a release responding to comments made by Castries South MP Ernest Hilaire during the SLP National Public Meeting on April 18, 2018.

Hilaire said, “Last week Allen Chastanet goes to the Summit of the Americas and they ask every prime minister to sign what they call a commitment to stop corruption. He did not sign it. The same man who last week in parliament was saying he is investigating people for transparency and accountability, when he was asked to sign the commitment he refused to sign it.”

Hilaire said that Chastanet gave a reason for the refusal, “if he signs it, it would make it too difficult for him to be competitive in St Lucia… the only progress he is making is progress for his friends, his family and foreigners."

"The statement made by Dr. Ernest Hilaire about Prime Minister Allen Chastanet not signing a commitment against corruption, at the Summit of the Americas in Lima, Peru last week is unfounded and completely false.

The Lima Commitment “Democratic Governance Against Corruption” was approved by acclimation at the beginning of the Summit. There was no formal signing.

On the contrary Saint Lucia was fully engaged in the Summit process (beginning June 2017) that resulted in the Summit Commitment, having participated in its negotiation and development – including various Summit Implementation Review Group (SIRG) meetings.

Saint Lucia was also present at the Ministerial which preceded the Summit on April 12th, 2018 represented by the Hon. Sarah Flood-Beaubrun, who signalled Saint Lucia’s approval of the document for submission to the Summit and the Heads.

Also important to note, with regard to the St. Lucia Government’s commitment to the issue of corruption, is that on April 4th, Saint Lucia became a state party to the OAS’ Mechanism for Follow-Up on the Implementation of the Inter-American Convention against Corruption (MESICIC). That document was signed on behalf of the Government of Saint Lucia by Ambassador Anton Edmunds, Saint Lucia’s Ambassador to the United States and Permanent Representative to the OAS.

Prime Minister Allen Chastanet and the government of Saint Lucia remain committed in the fight against corruption. This can be clearly evidenced by the amendment to the Crown Proceedings Act which removes any statute of limitations on prosecution for any public officials who have been found to be corrupt. The passing of this Bill is an unambiguous signal of this government’s firm resolve is stamping out corruption and holding itself and public officials immediately accountable.

PM Chastanet Takes Stand Against Corruption at Summit of the America