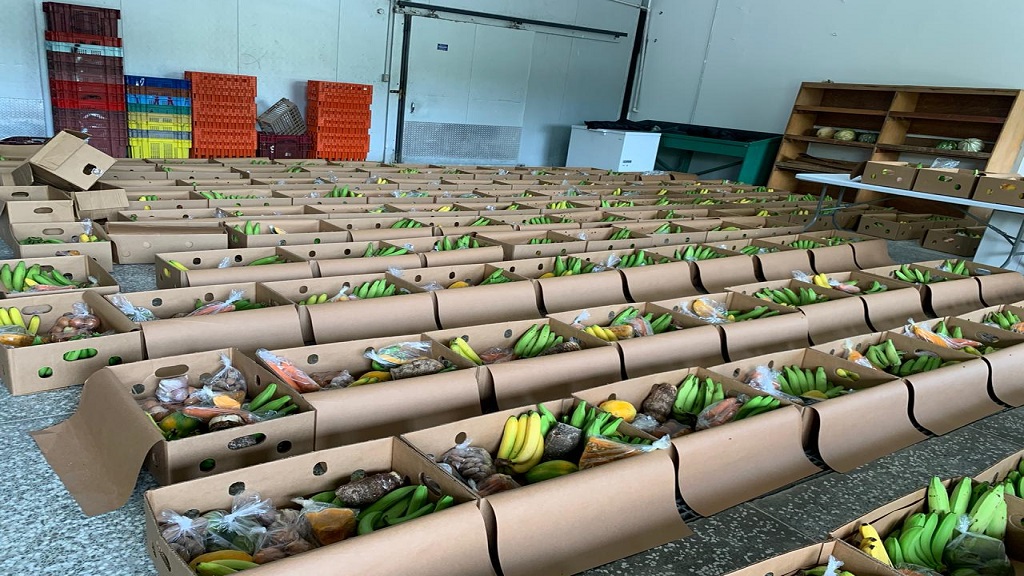 The Office of the Prime Minister has issued a press release on the launch of the "Good Food" Initiative as part of the Government's National Meals Programme:

The Government of Saint Lucia has continued to innovate and reimagine relief efforts as the “Good Food” boxes initiative was launched on Wednesday, June 10, 2020.

Cumulatively, 770 boxes of locally grown food packages will be distributed as part of the Government’s National Meal Program this week. This initiative will also serve as a new supply outlet for farmers who have been displaced due to the COVID-19 Pandemic.

“Today is the continuation of our feeding program,” said Prime Minister Chastanet. “We were doing hot meals but now we are doing food boxes which will go to households. What we found with the Hot Meal program was that meals were only going to one person but with these boxes, we can now feed a household.

As time went by the team reviewed the program and we believe that this will be the most effective way to bring relief to hundreds of households for the next couple of months.”

Prime Minister Honourable Allen Chastanet spoke from the Marketing Board in Odsan, where the food boxes will be prepared on Wednesdays and Fridays weekly, he went on further to state:

“This is a win-win situation for everyone; a win for the more vulnerable families where they can prepare wholesome meals for the week, a win for the farmers, we are now able to help farmers who have lost a significant market because of less disposable income and hotels being closed. A win for the government certainly being able to get great value for the money being invested to benefit more people.”

Ground provisions, green bananas, eggs, as well as a protein of fish or chicken form part of the packages. As time goes by one thousand boxes will be prepared weekly with a goal to increase numbers gradually.