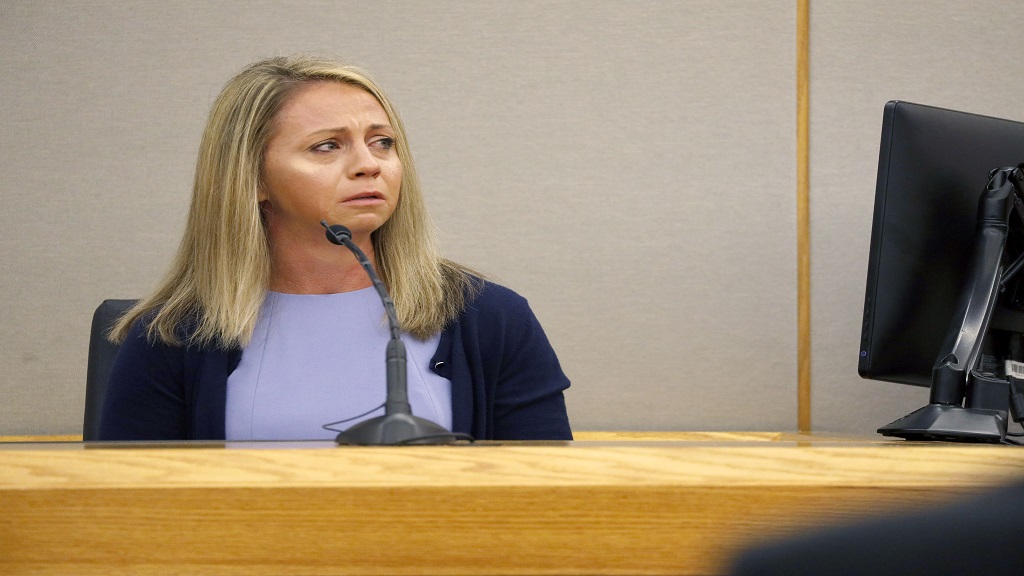 A Dallas police officer started to cry and shake Friday as she began to testify about the night she killed a neighbour in his own home, which she has said she mistook for her own unit one floor below.

Amber Guyger broke down while recalling approaching her neighbour Botham Jean's door, leading the judge to call for a brief break so she could compose herself.

Guyger, who is charged with murder in the killing last September, was the first witness that her lawyers called in the high-profile case. She told jurors about how she grew up in a small house in the Dallas suburb of Arlington, how she played in the school band and how she aspired to become a police officer.

"I just wanted to help people and that was the one career that I thought I could help people in," said Guyger, who was fired from the police force after the shooting.

Guyger said she was "scared to death" when she opened what she thought was her apartment door last year and saw a silhouetted figure standing in the darkness inside.

She testified that as she put her key in the apartment lock, the door opened because it hadn't been fully closed. She says she drew her service weapon because she thought someone was in her home, and then she told the silhouetted figure inside: "Let me see your hands! Let me see your hands!"

Guyger said she couldn't see the person's hands and that he began coming toward her at a "fast-paced" walk. She said he yelled, "Hey, hey, hey," and that she then fired at him.

Guyger's testimony marked the first time the public has heard directly from the 31-year-old since Jean's killing last September. Guyger, who is white, was off duty but in uniform when she shot Jean, a 26-year-old native of the Caribbean nation of St Lucia who was black and worked as an accountant in Dallas.

Amber Guyer breaks down in tears while testifying in her defense at murder trial. "I wish he was the one that took the gun and killed me. I never wanted to take an innocent person's life. I am so sorry." https://t.co/4mGBdvE2Le pic.twitter.com/V8wcTMmnCC

The basic facts of the unusual shooting are not in dispute. Guyger walked up to Jean's apartment — which was on the fourth floor, directly above hers on the third — and found the door unlocked. She was off duty but still dressed in her police uniform after a long shift when she shot Jean with her service weapon. Guyger was later arrested, fired and charged with murder.

Guyger's attorneys say she fired in self-defense after mistaking Jean for a burglar. Her attorneys also say the identical physical appearance of the complex from floor to floor frequently led to tenants parking on the wrong floor or trying to enter the wrong apartment. 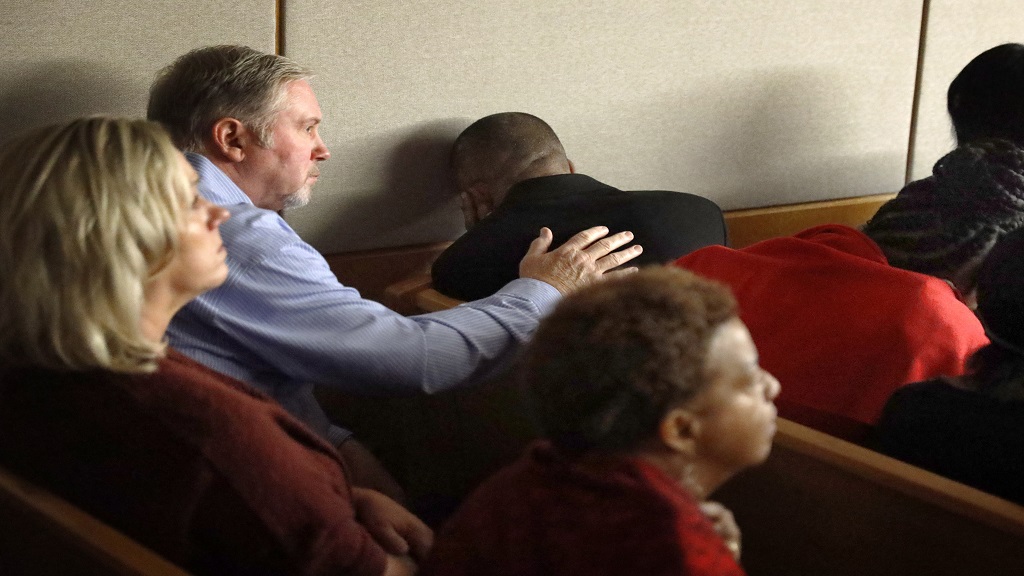 Bertrum Jean, center, father of victim Botham Jean, leans his head away and covers his ears as police body camera footage is shown inside the courtroom outside the presence of the jury during fired Dallas police officer Amber Guyger's murder trial, Wednesday, Sept. 25, 2019, in Dallas. (Tom Fox/The Dallas Morning News via AP, Pool)

Prosecutors have questioned how Guyger could have missed numerous signs that she was in the wrong place, and suggested she was distracted by sexually explicit phone messages with her police partner. Prosecutors also say Jean was no threat to Guyger, noting that he was in his living room eating a bowl of ice cream when she entered his apartment.

In a frantic 911 call played in court earlier this week, Guyger says "I thought it was my apartment" nearly 20 times. The shooting attracted intense national scrutiny for the strange circumstances and because it was one in a chain of shootings of unarmed black men by white police officers.