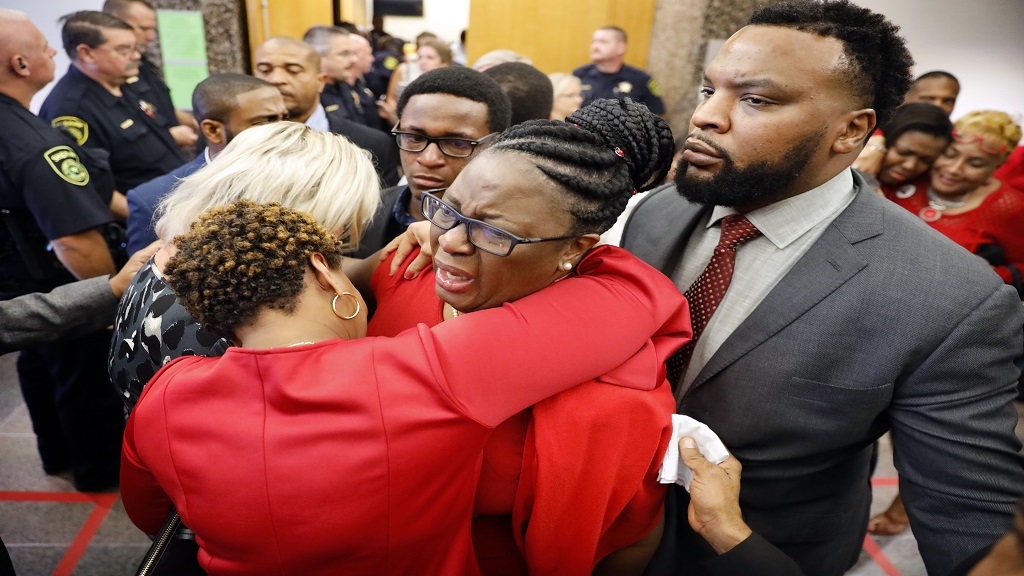 Monica Blake watched closely as a Texas jury weighed the case against a white police officer charged in the fatal shooting of a black neighbour, wondering whether the panel would render a different decision than so many others in recent years.

C.J. Lawrence, a Jackson, Mississippi-based civil rights attorney and founder of the advocacy website Black With No Chaser , said the verdict offered one clear message: "Black people won't become criminals in their own homes."

While activists and observers welcomed the rare conviction, most cautioned that the outcome was not the result of changing attitudes, but of a rare set of circumstances: an unarmed black man killed in his apartment by an off-duty white officer who said she mistakenly believed she was in her own home.

"There was just a perfect storm of behavior and situations that made the classic playbook insufficient," said Color of Change Executive Director Rashad Robinson. "But I don't think any of us can take solace that the rules, whether they be written or unwritten, have changed."

On the night of Sept. 6, 2018, Guyger walked up to Botham Jean's fourth-floor apartment — directly above hers — and found the door unlocked. Still dressed in her uniform after a long shift, she entered and found Jean eating a bowl of ice cream in his living room. She shot the 26-year-old accountant with her service weapon.

Jean's death drew widespread attention both nationally and in his native St. Lucia and joined the growing list of cases fueling the Black Lives Matter Movement , which emerged in 2014 after the killing of Michael Brown in Ferguson, Missouri.

Convictions have been few in the past five years as activists and protesters have attempted to highlight such killings and push for policing reforms and more prosecutions.

Moments after the verdict, African Americans took to social media and YouTube to express their surprise around a case some regarded as the epitome of how whites see black bodies as a threat. Most said they were prepared to be disappointed — again.

During the trial, they were frustrated as Guyger's defense team attempted to portray the killer as the victim and Jean as a threat. 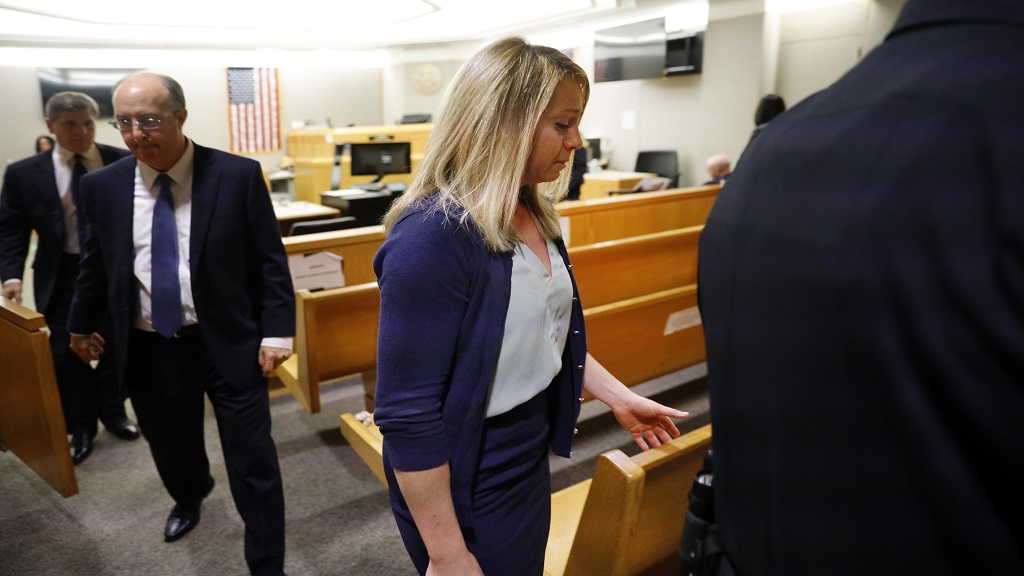 Guyger told authorities she mistakenly thought Jean was an intruder. During the trial, she tearfully took the stand and apologized for killing him. Robinson said those optics were meant to draw sympathy from jurors.

"We have a long history in this county of white women's tears and fear being an excuse for harming and killing black people," he said. "For many people watching the trial, there was a deep fear that this would be another one of those situations. All they needed was one juror."

Monica Jones, a 34-year-old transgender woman in Phoenix, called Guyger "a perfect victim" who would play off whites' sympathies compared to a black man who could be vilified, even though he was sitting innocently in his apartment.

Under Texas law, Guyger could be sentenced to five to 99 years in prison. Robinson said the sentencing decision "will send a message to the community about justice."

Campaign Zero co-founder and Ferguson activist Brittany Packnett said that there are still too many people willing to excuse the officer's actions.

Tensions intensified Monday after jurors were told they could consider whether Guyger had a right to use deadly force under a Texas law known as the "castle doctrine" — even though she was not in her own home.

The law is similar to "stand your ground" measures that declare a person has no duty to retreat from an intruder. Prosecutor Jason Fine told jurors that the law would have empowered Jean to shoot someone barging into his apartment, but it doesn't apply "the other way around."

The idea that the castle doctrine could be invoked, "reflects the fact that we've still got progress to make," Packnett said.

Packnett pointed out that while police kill more than 1,000 people a year, only 35 officers have been convicted in the last 14 years. The percentage of those convicted of killing black people is even smaller.

"One case does not mean the problem is solved," Packnett said.

She credited the diversity of the jury pool as a possible factor in the outcome. "The question still remains for me: Would a whiter jury have convicted her? Sadly, I fear the answer is still no."

The anticipation of the verdict heightened tensions in a city with a troubled history involving police and communities of color. Dallas leaders point to reforms and the hiring of officers of color as evidence that the police force has evolved.

Robinson pointed to the election of a new district attorney in Dallas as a sign of progress, with the Guyger case factoring into the race.

"As a result, you also had folks trying this case who knew the public was watching and expecting something new," Robinson said. "Part of how we change the narrative is changing what's acceptable and changing what's possible."