Guyger's supporters defend her ahead of sentencing 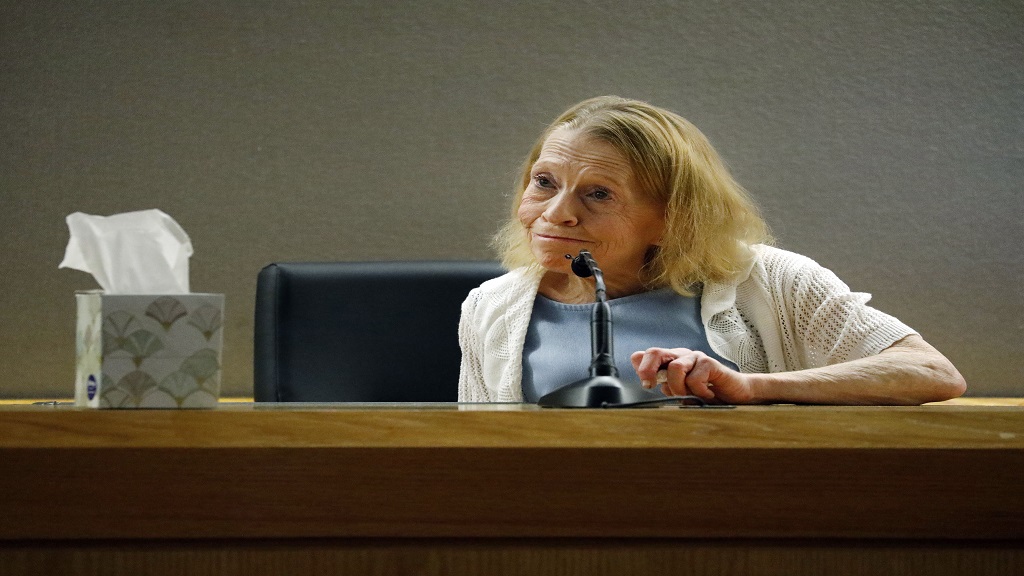 Family members, friends and former colleagues of a white Dallas police officer who was convicted of killing a black neighbor described her Wednesday as someone who always wanted help and serve others and who was herself the victim of a heinous crime.

A day after Amber Guyger was convicted of murder in the September 2018 killing of her upstairs neighbor Botham Jean, whose apartment she says she mistook for her own, her mother told the jurors that a man had sexually assaulted Guyger when she was a young child.

Karen Guyger also confirmed what her daughter said of killing Jean when she testified on her own behalf last week before she was convicted: "She wanted to take his place. She always would tell me she wishes she could have taken his place."

Related article :Botham's family testify about the devastation of his murder

Jurors could sentence Amber Guyger, 31, to anywhere from two years to life in prison. The state’s murder charge carries a sentencing range of five years to life behind bars, but the jury could also give Guyger as little as two years if it decides the shooting was a crime of sudden passion.

During closing arguments Wednesday, the prosecutor said Guyger deserves no less than 28 years, which she said is how old Jean would be if he was still alive. After the jury began deliberating, lawyers for the Jean family told reporters that a 28-year sentence would be a good start.

Guyger’s attorney, meanwhile, asked jurors to show mercy, pointing to the good she did for people, including some who spoke at the hearing.

Among them was Officer Cathy Odhiambo, who described Guyger as a longtime friend who dreamed of being a police officer when they waited tables at a TGI Fridays. She said the two of them went through the academy and them came through the police ranks together.

“Everybody that knows her knows that Amber is the sweetest person,” said Odhiambo.

Odhiambo, who is black, wasn’t asked about text messages that prosecutors said indicated a lack of sensitivity by Guyger toward black people. However, another fellow officer, Thomas MacPherson, said some of those texts sounded “out of character” for Guyger, whom he described as “someone you could depend on.”

When a sniper opened fire on police officers during a rally in downtown Dallas three years ago, killing five of them, Guyger was “so brave,” MacPherson said. He said the two of them ran toward the gunfire that night and helped panicked citizens along the way.

LaWanda Clark, who is black, said she met Guyger when the former officer busted a drug house, and that it helped change her life. She was struggling with a crack cocaine addiction, and that Guyger, while ticketing her, told her it could be the catalyst for turning around her life. She said Guyger treated her as a person, not an addict, and that she’s now sober. 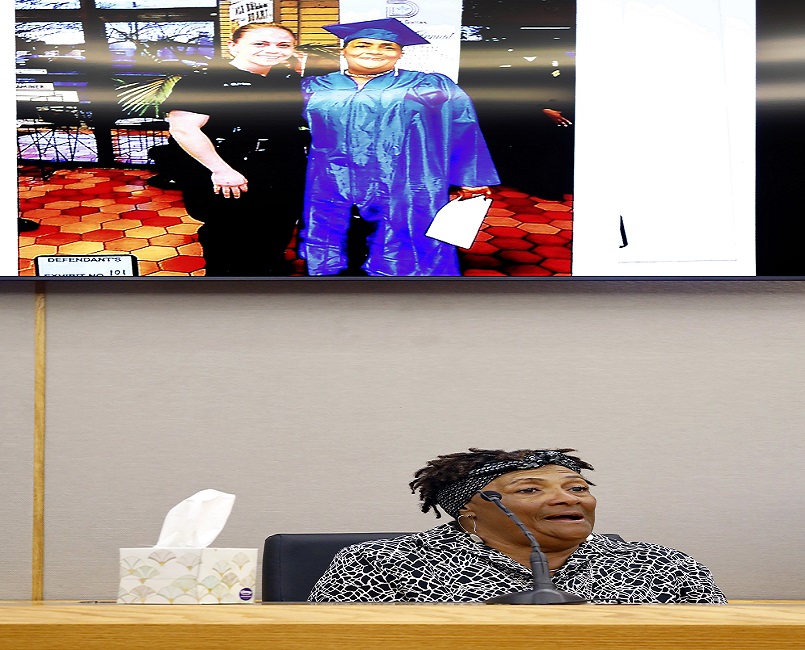 Former drug addict LaWanda Clark pauses when speaking about how officer Amber Guyger helped straighten up her life and even attended her graduation from a drug treatment program as she testifies during the punishment phase of the trial of the former Dallas police officer, Wednesday, Oct. 2, 2019 in Dallas. (Tom Fox/The Dallas Morning News via AP, Pool)

A day after Jean’s mother and sister talked about how his death affected them, Jean’s father told jurors about how his son’s death upended his life back in St. Lucia.

Bertrum Jean said that after Botham left their Caribbean island for college in Arkansas, he would call home every Sunday after church to catch up with the tightly knit family.

Now, he said, “My Sundays have been destroyed.”

“How could we have lost Botham? Such a sweet boy. He tried his best to live a good honest life. He loved God. He loved everyone. How could this happen to him?” said Bertrum Jean, who broke into tears as he spoke about his son, who was killed just shy of his 27th birthday.

The basic facts of the unusual shooting were not in dispute throughout the trial. Guyger, returning from a long shift that night and still in-uniform, entered Jean’s fourth-floor apartment and shot him. He had been eating a bowl of ice cream before she fired.

Guyger said she parked on the wrong floor and mistook Jean’s apartment for her own, which was directly below his, and mistook him for a burglar. In the frantic 911 call played repeatedly during the trial, Guyger said "I thought it was my apartment" nearly 20 times. Her lawyers argued that the identical physical appearance of the apartment complex from floor to floor frequently led to tenants going to the wrong apartments.

But prosecutors questioned how Guyger could have missed numerous signs that she was in the wrong place. They also asked why she didn’t call for backup instead of walking into the apartment if she thought she was being burglarized and suggested she was distracted by sexually explicit phone messages she had been exchanging with her police partner, who was also her lover.

The shooting drew widespread attention because of the strange circumstances and because it was one in a string of shootings of unarmed black men by white police officers.

The verdict was "a victory for black people in America," Lee Merritt, one of the lawyers for Jean's family, said Tuesday.

The jury was largely made up of women and people of color.

Attorney Ben Crump, also representing the family, credited the makeup of the jury with Tuesday's conviction, and said he expects them to deliver a weighty sentence.

"I look at this jury. And I look at the diversity of this jury," he said. "They will see past all the technical, intellectual justifications for an unjustifiable killing. And I believe they will do the right thing."

Amber Guyger found guilty of the murder of Botham Jean