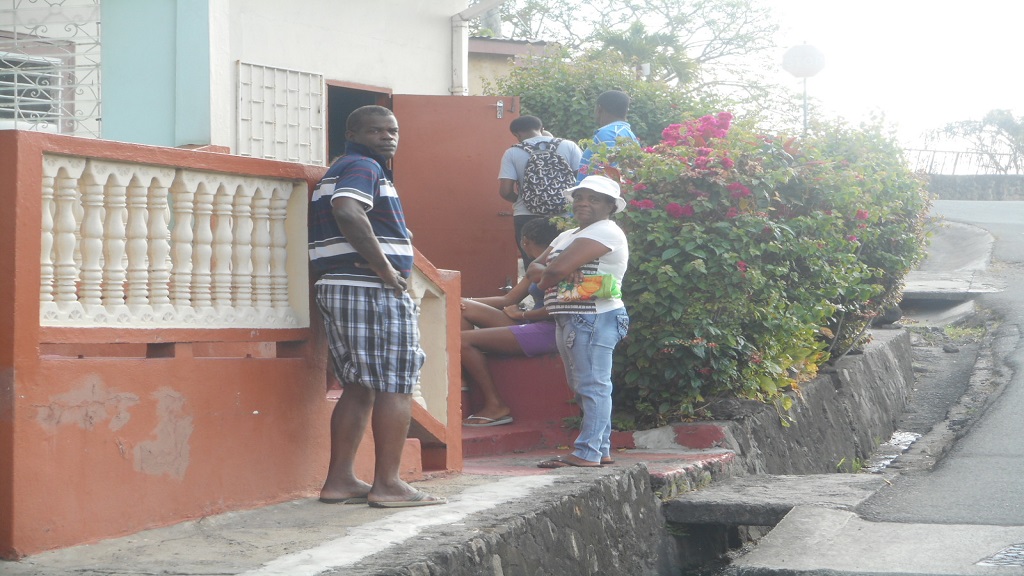 These words aptly describe the feeling of residents of the south after the 24-hour curfew was temporarily relaxed to allow Saint Lucians to do some shopping.

Late last night, Prime Minister Allen Chastanet, on his official Facebook page, stated that today, Thursday, April 2 and Monday, April 6, 2020, minimarts and community shops would be opened from 6 am- 12 noon.

As a result, residents of the south rushed to the shops in their various communities in frantic haste to ensure they have enough groceries to last them until Monday. The day appeared to be a normal one as there was more vehicular and pedestrian traffic compared to the past few days.

And it was the first time that residents in some of the communities adhered to social distancing protocol.

Just last week, the Choiseul Credit Union had to close its doors to the public prematurely after persons who lined up outside the credit union refused to adhere to the social distancing protocol.

“Thank God for the break,” an elderly lady of Laborie was overheard saying as she hobbled to a shop in the community.

Ted St Romain, another resident of Laborie said, that at first, he did not support the reopening of the community shops, but after giving it some serious thought, he realized it was a good move.

“I am happy the shops reopened. There are many poor people out there who may not have had enough food to last them for a few more days,” St Romain told Loop News.

Rawl Fadlin said had the government not rethought its decision, the vulnerable people in the country would have suffered immensely.

Mark Arthur, a resident of Choiseul, said: “I am very happy the shops in the communities were opened. Had they remained closed today, many people would have been seriously affected, and it would have resulted in more problems in the country when the curfew ends next week.”

He added that at least somebody came to his or her senses and realized that the decision to shut down the country so abruptly was a terrible move.

Reports from Soufriere indicate that this morning the situation at some shops was a bit disorderly, but with the intervention of the police, everything was under control, and social distancing was adhered to.

PM reminds St Lucians that curfew breakers will be arrested

Isaac warns citizens breaking curfew could be their last decision