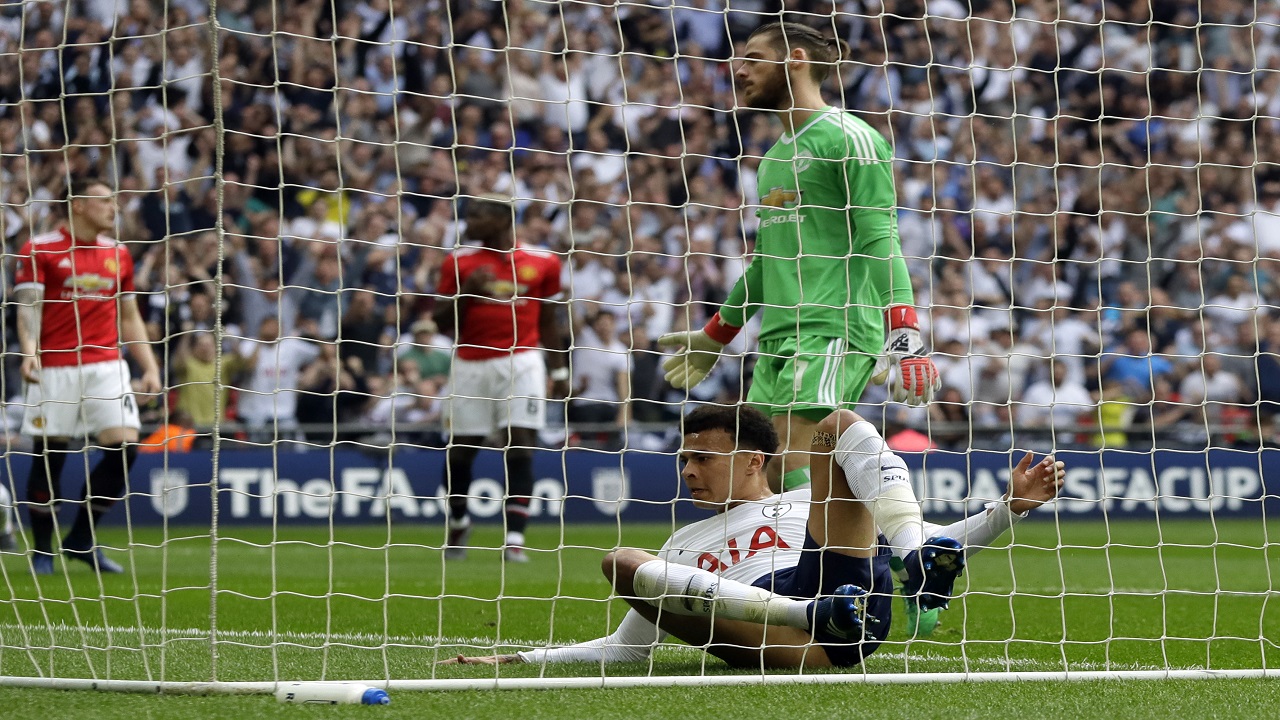 Tottenham's Dele Alli lands inside the goal after scoring the opening goal during the English FA Cup semifinal football match against Manchester United at Wembley stadium in London, Saturday, April 21, 2018.

Ander Herrera kept Manchester United in with a shot of silverware this season by securing a place in the FA Cup final after beating Tottenham 2-1 on Saturday.

Herrera struck in the 62nd minute at Wembley Stadium after Paul Pogba canceled out Dele Alli's opener for Tottenham to send Jose Mourinho into his third final with United.

Even playing at the north London stadium where it has been staging all of its home matches this season didn't provide any lift for a Tottenham side enduring a decade-long trophy drought since lifting the League Cup in 2008.

Tottenham's priority is holding onto fourth place in the Premier League to secure a third straight season in the Champions League.

United is second behind newly crowned champion Manchester City, and Mourinho is on course to deliver the club's highest finish since Alex Ferguson retired in 2013.

Mourinho opened his United career last season by winning the League Cup and Europa League, and can end his second season in glory, too.

In the FA Cup final next month, United will play Chelsea or Southampton, who meet on Sunday.