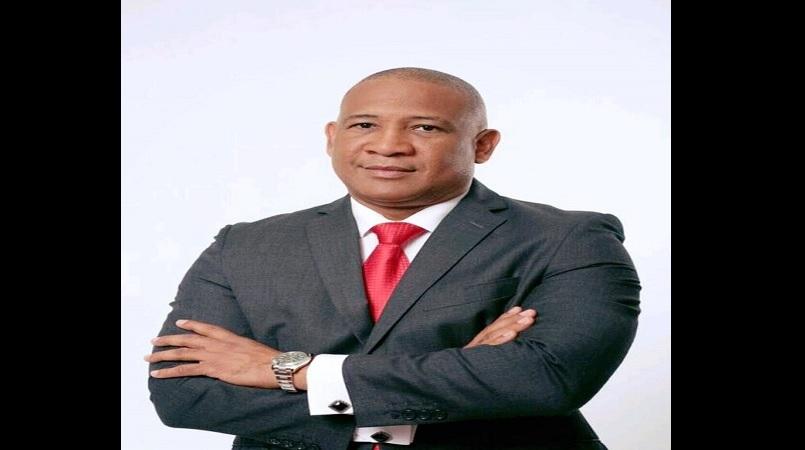 The SLP has issued a release taken from Ernest Hilaire's speech at this morning's SLP press conference taking the governemnt to task over the DSH project:

"Last week the Prime Minister and Mr. Teo Ah-King held a press conference where they unveiled plans for that part of the so-called “Pearl of the Caribbean” project referred to as Site C in the Supplementary Agreement.

Before we examine what was presented, let us return to our last Press Conference on DSH. I will share with you copies of our presentation on that day for ease of reference.

During that Press Conference, we appealed to the Prime Minister to be transparent with the people of Saint Lucia. It was only because the DSH Agreement and Supplementary Agreement were leaked that we were made aware of the horrendous provisions in the Agreements.

For example, the Agreements required us to “give up” the George Odlum Stadium and Sandy Beach sites, allowing the developer to hold money earned from CIP in a foreign escrow account, the buy-back option, the security of investment clause, the leasing of land for $1 per acre, exclusive rights for betting and wagering with no sharing of revenue with Saint Lucia, giving away all productive lands in Vieux Fort and exempting the developer from paying all and every tax.

The Agreement is a bad Agreement. It is not in the best interest of Saint Lucia or Saint Lucians. The Saint Lucia Labour Party wishes to repeat its rejection of the DSH Project under the present terms, conditions and concept.

In trying to justify his support for Mr. Teo Ah-King, the Prime Minister presented contradictory details on Phase 1, the race track. First, he said that Clem Bobb had shown the then Governor General the DCA approval in order that the Prince could participate in the sod turning ceremony, then he told Rick Wayne that the developer has just gotten his EIA done and was hoping to receive his DCA approval.

The Prime Minister presented then, drawings for Site B – Sandy Beach which showed that a causeway would be built to Maria Islands and that high-rise hotels and condos will be built along the beachfront. There was vigorous opposition, locally and internationally, to any effort to desecrate our national reserve and beach.

To date, the Prime Minister has not informed the people of Saint Lucia whether these plans have been withdrawn.

The Saint Lucia Labour Party as well as many concerned citizens and groups have raised major issues about this bad deal by the UWP. In response, the Prime Minister argued then that the Agreements were just a framework and that he had every intention of making them public. He promised to negotiate the Agreement phase by phase and will inform Saint Lucians of the details. To date, we have not heard from the Prime Minister as to whether the horrendous provisions have been removed. Saint Lucians want to know the details of the new Agreements which were negotiated.

So Last week, a set of drawings and photos were presented for Site C – the area which takes up the back of Bellevedere, Bacadere, IL Pirata and Cocodan. We need to state categorically that no new photos and pictures of Site C can compensate for engaging and providing information to the people of Saint Lucia in general and the South in particular on all the outstanding issues.

With these new drawings, rather than answering questions, there are more questions to be asked.

The Prime Minister announced that the Hewanorra International Airport is now part of the ‘Pearl of the Caribbean’ Development. This is an alarming and worrying state of affairs which the Saint Lucia Labour Party rejects and all Saint Lucians must reflect upon. First, the World Bank/IFC managed international tendering process for a public/private partnership which would avoid a massive loan of over US$150 million to be repaid by the people of Saint Lucia, was abandoned by the UWP. Now we are told that our airport is part of Mr. Teo Ah-King’s Project. The situation is worsen with the Prime Minister announcing that the airport reconstruction will begin by the end of the year.

The Saint Lucia Labour Party wishes to ask the following:

1. Is Mr. Teo Ah-King involved in the design and construction of the new Hewanorra International Airport?

2. Will monies collected from the airport tax be used to pay Mr. Ah-King if he is involved in the design and construction?

3. Will Mr. Teo Ah-King be involved in the management of the airport as part of his DSH project?

The Labour Party wants the Prime Minister to clarify whether he has abandoned a World Bank/IFC partnership to hand Mr. Teo Ah-King the Hewannora Airport as part of his DSH Deal.

Ladies and gentlemen, fellow Saint Lucians, you may recall that the Prime Minister told us that Mr. Teo Ah-King will be providing the money upfront to build the Race Track and that Saint Lucia will repay him through the sale of our passports.

But the Prime Minister now says that that there was a need to lease the land to Mr. Teo Ah-King so that he can use it as collateral. In other words, we have leased our lands to Teo Ah-king for him to get a loan to build the race track! He then operates the race track where he will earn money through betting, waging and broadcast rights and ought to be able to repay that loan.

You will recall that Saint Lucia does not get a share of that revenue. We will then repay Teo Ah-King for the money spent on the race track by allowing him to sell our passports. This is totally unacceptable!

The Prime Minister does not tell us what interest is levied, how long it will take to repay Mr. Teo Ah-king, how many passports he will be given or what items are Saint Lucia repaying.

2. If the race track is the cheese that facilitates other investments, why should Saint Lucia repay Mr. Teo Ah-king for an asset that he will use to attract money making investments?

3. Why should Saint Lucians get in return, only the part of the investment that does not make money, what about the other investments that make money and which will be built with our CIP monies?

The Prime Minister said that subsidizing rice, flour and sugar for poor people was idiotic but tell me isn’t this truly idiotic?

The Prime Minister announced that work has recommenced on the race track and that there are amendments to be made and designs to be refined along the way. Mr. Teo Ah-King indicated that the race track will have “temporary facilities” for now so that he can start races and bring in investors to see his proposed development. It is announced that races will start later this year or in February 2018. This raises some fundamental questions:

1. Has DCA approved the new designs for horse racing development? Did the Prime Minister attend a DCA meeting sometime last year to personally appeal for the project to be approved? If DCA did not approve the Project, then did Cabinet override the DCA and approved it?

2. Is Mr. Teo Ah-King and Allen Chastanet merely using Saint Lucia to speculate? Given that our land is given to him as collateral for the race track it is clear that he does not intend to bring in any investment capital and is using our resources and CIP monies as leverage to finance his DSH project.

3. What will become of the St. Jude’s Hospital given the new designs?

4. When will the Dump be closed? Is it true that two locations for the dump are currently being actively considered; in La Retriate Grace in Vieux Fort North or Black Bay Laborie? Where will it be located?

5. When will the Equine Disease Free Zone be implemented, how far into Vieux Fort North, Laborie and Vieux Fort South will the area stretch? When will farmers, owners of animals and residents be sensitized on the implications for their communities and livelihoods?

The People of Saint Lucia and especially the South have expressed concerns and the Labour Party has asked many questions on the DSH Project but there has been total disregard from the Prime Minister.

It is clear that the Prime Minister has no intention of telling the people of Saint Lucia exactly what is going on or the exact deal that he has made with Mr. Teo Ah King. You will recall that he had written a secret letter to Teo Ah-King making promises before he had even signed the Framework Agreement. His approach to governance continues to be arrogant and disdainful of Saint Lucians.

There is no greater example of this than in the DSH Project. There is a simple though misguided belief that flashy photos, glittering drawings and sweet talk of jobs to come are all Saint Lucians need to silence them. There is no commitment to provide genuine and sufficient information to address concerns, there is a constant dismissal of any dissenting view and a constant abuse of our laws and parliamentary procedures.

Government Provides Update on Investment Projects for the South