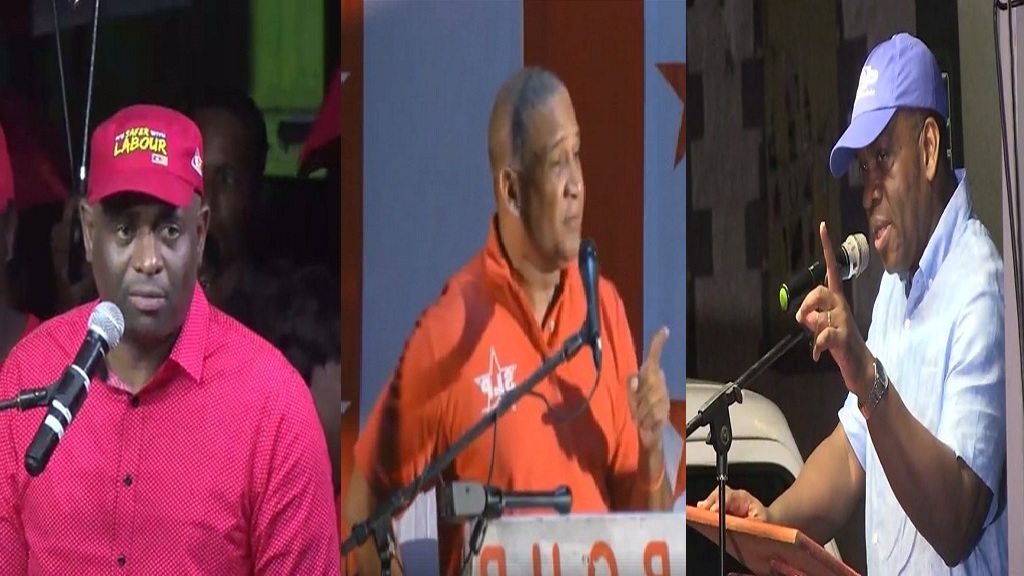 First Deputy Political Leader of the Saint Lucia Labour Party (SLP) and Castries South MP Dr Ernest Hilaire addressed a Dominican gathering in a bid to encourage Dominicans to vote for Roosevelt Skerrit and the Dominica Labour Party when they head to the polls on Friday, December 6 2019.

Hilaire used Saint Lucia as an example saying when the SLP lost the 2016 general election to the United Workers Party, they engaged in corruption and victimization, especially towards supporters of the SLP.

“We had a short term employment program, they say they will make it longterm and they fooled the people,” Hilaire said.

Riot police fired tear gas canisters and rubber bullets at protesters, most of them linked to the main opposition United Workers Party (UWP) of Lennox Linton.

The protesters are angry that the island of 72,000 is heading into another election cycle without reforms of the elections system and fears that if the UWP participates in the polls, it could, in fact, remain on opposition benches for another five years.

“You know why all that burning is happening? They want fear and they want anger and they want people to stay home, but their people will come out to vote and you will lose,” Hillaire said.

Prime Minister Roosevelt Skerrit’s Dominica Labor Party is seeking a fifth consecutive five-year term and has called a snap election, hoping to cash in on the success of the reconstruction of the island’s infrastructure after the devastation from Hurricane Maria in late 2017.

Dominica PM claims protesters are being given drugs