History in the making: Cabinet Meeting held in Vieux Fort 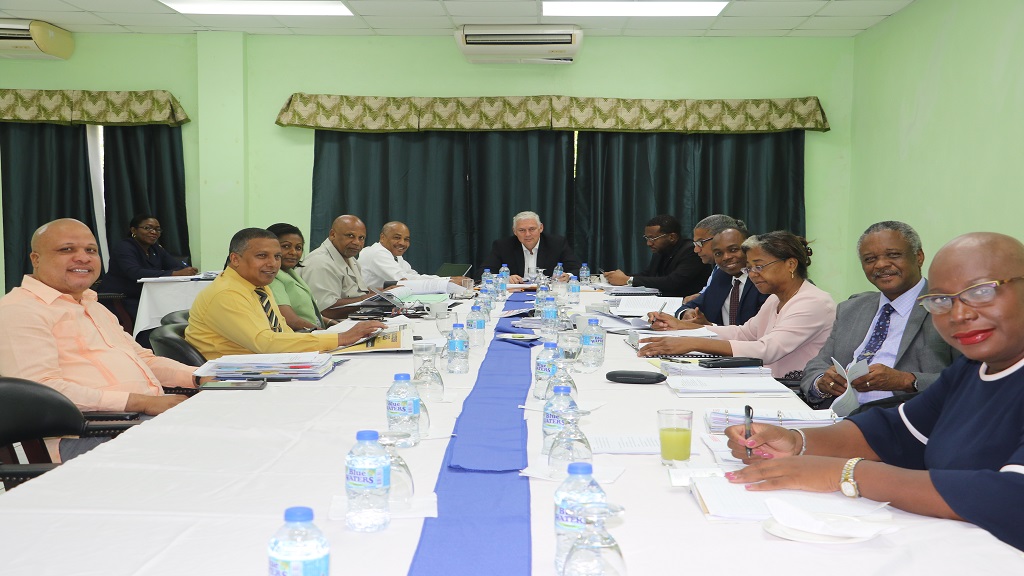 The Government of Saint Lucia continues its commitment to the south and today September 2, 2019, the Cabinet of Ministers delivered on its promise to hold the first Cabinet Meeting in Vieux Fort.

It was history in the making as Ministers of Government arrived at 10 am to the NSDC Building in Vieux Fort, for the regular Monday Cabinet Meeting, which is normally held at the Office of the Prime Minister in Castries.

The hosting of the Cabinet Meeting in Vieux Fort is part of the Government’s plans to decentralize Government activities and show continuous inclusion of the south in the development of the country.

“It is essential to us as a Government that the entire country feel the impact of what it means to build a new Saint Lucia,” stated Prime Minister Honourable Allen M. Chastanet. “From the outset we have shown our commitment to the south and we will be spending even more time here due to the level of activity we anticipate in the southern districts.”

The Government has a proven track record of hosting important events in the south evidenced by the June 14, 2016 swearing-in of Ministers which was held at the Phillip Marcellin Grounds.

At the time newly sworn-in Prime Minister Chastanet, said: “It was also important that this ceremony take place here in the south. The south has suffered for a very long time. The highest level of unemployment and the highest level of poverty but yet the greatest opportunity for growth. My government is here to say to you that we see you, we hear you, we are with you, and we will make this thing change together.”

That change also saw other major events held in the south, including the Royal Visit of The Prince of Wales with a Schools Rally held in his honour. The Government also partnered with OJO Labs, located at the Vieux Fort Free Zone, to employ and train hundreds of young people in the latest technology such as Artificial Intelligence (AI).

Several critical projects have also begun or are earmarked for the south, they include: The redevelopment of the Hewanorra International Airport, the St Jude Hospital construction, the Royal Saint Lucia Turf Club, Sporting Facility upgrades, major road projects, water sector upgrading projects, as well as tourism related developments such as the Southern Cruise Port Facility.

Following the Cabinet Meeting the Ministers will tour several ongoing projects in Vieux Fort including St Jude, the Racetrack and HIA.