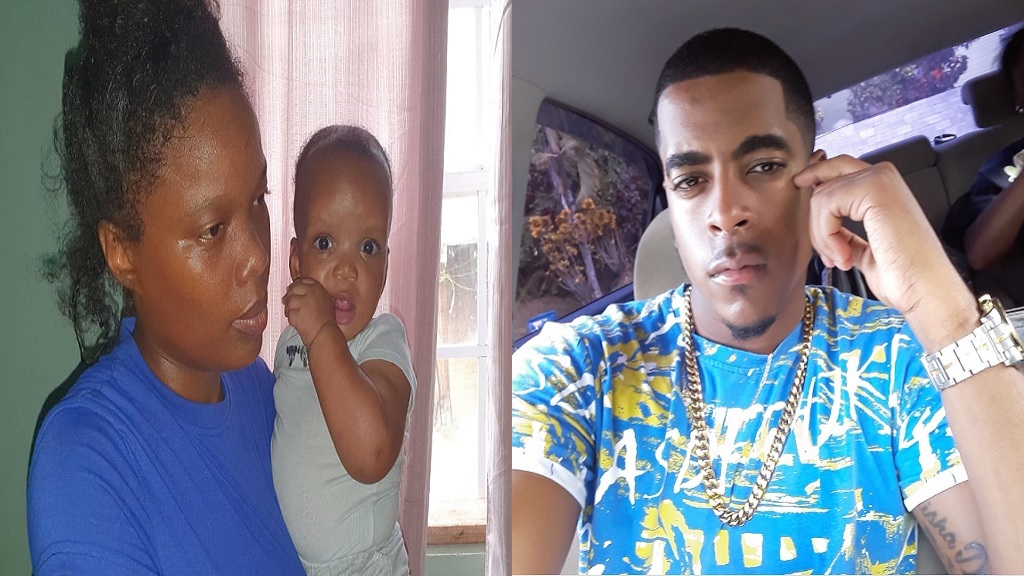 The fiancée of Dexter Felix Jr, who was gunned down in a drive-by shooting in Sarrot last night (July 13), told reporters that she is lost as it relates to his untimely passing.

According to reports, Felix was seated outside his aunt's home with his cousin when gunmen opened fire.

Felix succumbed to his injuries on arrival to the Owen King EU Hospital.

Felix's fiancée Soriah John spoke with reporters this morning, July 14, 2020, revealing that she has no idea why Felix would be targeted:

"I just don't what's going on, I'm totally lost. I don't know Dexter to have trouble with anybody. I always call him a coward actually. You know if we go certain places and we see certain characters, he would want to leave right away... he doesn't like confrontation... I'm so confused."

John said that she was sleeping at the time that shots rang out: "I was sleeping and I heard a big explosion. I didn't know what was going on, so I jumped from the sleep and the first thing I did was look for my son because I know every little sound wakes him up. He was still sleeping so I said to myself, I must have been dreaming, it's just a vivid dream."

John says she was about to go back to sleep but instead went to check to see if her fiancé had heard the sound as well.

"Nothing seemed out of the ordinary, so I'm going outside because Dexter normally goes out, every night he does that, he goes outside, he's on social media, he comes in late, sometimes after 2 he comes to bed."

"I went out and I'm seeing him lying on the step, so I thought he was just playing a prank because he is that kind of person... I keep calling him but he's not waking up and then I'm seeing a bloodstain on the shirt and then I realized something is wrong."

John said she ran back inside to call Felix's aunt, whose residence the couple and child were staying at, at which time they saw the second gunshot victim, Felix's cousin, Francis 'Tiny' Atlandor, approaching with blood on him.

"Then everything started spiralling from then, that's when I really started to appreciate what was really going on," she said.

John shared what type of person Felix was: "Very jovial. He can be serious at times, some people might say he's savage, you know he doesn't like big crowds but a loving person. He used to comedy, he was known as Dry Bones, he was into the motocross, he loves his bikes. He doesn't have any trouble with anybody."

John had an 8-month-old baby with Felix. "He proposed last year July, next week will be a year," she shared.

She explained that they were staying with his aunt temporarily, trying to get finances in order to save for their wedding.