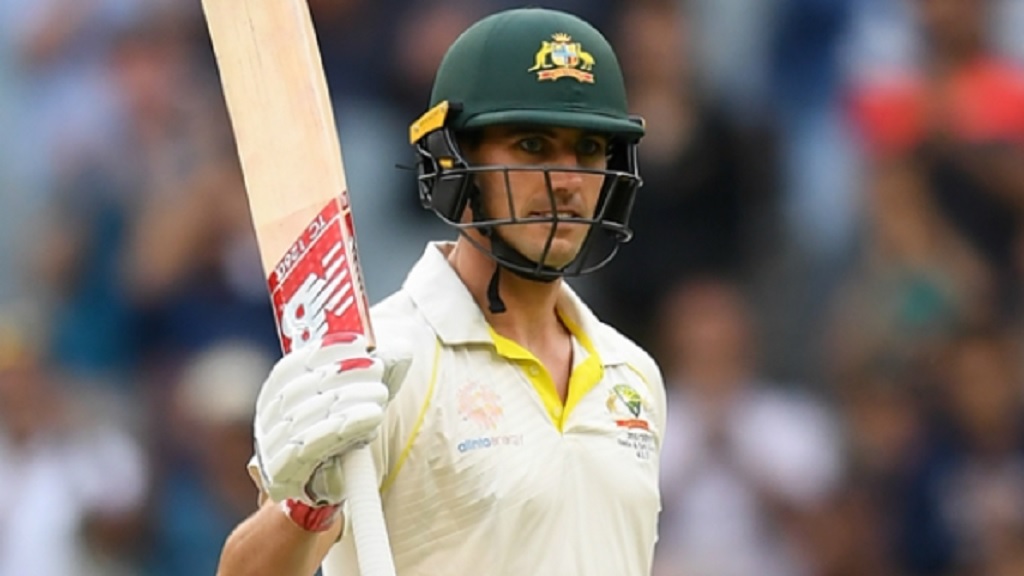 A career-best performance with bat and ball from Pat Cummins frustrated India as Australia ensured the third Test will be decided on the fifth and final day in Melbourne.

Having taken 6-27, Cummins posted an unbeaten 61 to lead the embattled Australians to 258-8 at stumps, still 141 runs adrift of victory.

Cummins posted just his second Test fifty as Australia withstood an extra 30 minutes of play and the second new ball to stay alive at the MCG on day four.

India remain in control and only require two more wickets to retain the Border-Gavaskar trophy, though weather could be problematic with rain forecast for Sunday.

Virat Kohli's India declared and set a mammoth target of 399 after the tourists reached 106-8 earlier on Saturday, having added 52 runs to their overnight score.

It went from bad to worse for Australia, who saw Marcus Harris (13) join Finch back in the pavilion after he was undone by left-arm spinner Ravindra Jadeja to leave the hosts 44-2 at lunch.

Usman Khawaja provided some much-needed poise with four boundaries and a six but he was unable to build on his 33, trapped lbw by Mohammed Shami after lunch to leave the Aussies in big trouble.

Bumrah, who took six wickets in the first innings, was at it again when he snared Shaun Marsh just six runs shy of his half-century – Australia 114-4 and facing the inevitable.

Mitchell Marsh could only contribute 10 before he was removed by Jadeja, which brought Tim Paine to the crease and paved the way for a humorous sledging match as India wicketkeeper Rishabh Pant took aim at the stand-in Aussie captain.

With Australia in trouble at 135-5, Pant was caught on the stump microphones asking: "Have you heard of a temporary captain ever?

"Running away always, always running away. Too difficult, too difficult….We've got a special guest today….You don't need anything to get him out, boy."

Paine had little to say in response as Travis Head (34) chopped on off Ishant Sharma as India pushed closer to victory.

When Paine bottom-edged Jadeja into Pant's gloves for 26 and Mitchell Starc (18) was bowled by Shami, only one outcome appeared likely but Cummins and Nathan Lyon (6 not out) thwarted India with a 43-run stand.