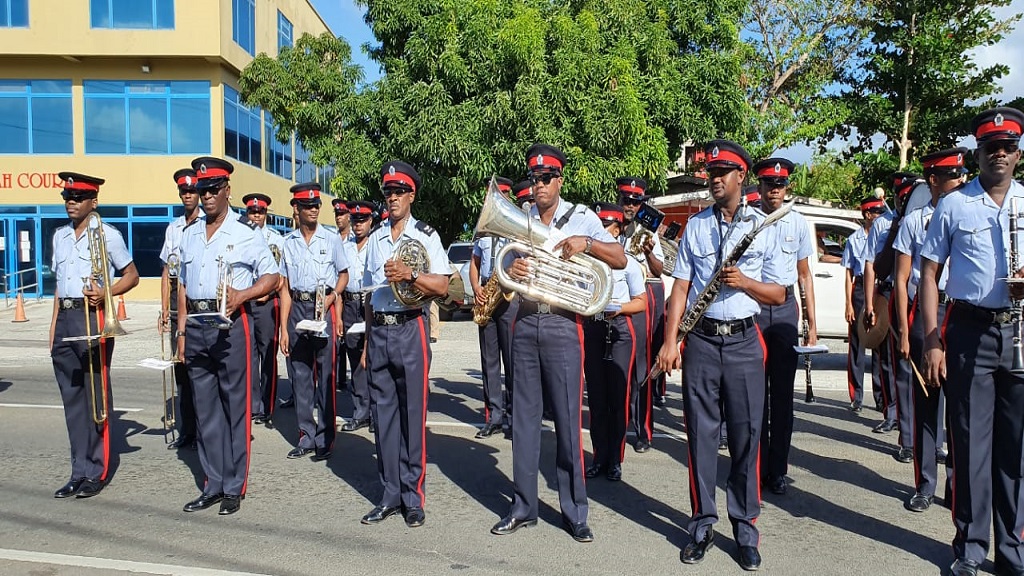 Traffic heading into the city of Castries was at snail’s pace as the various uniformed groups began rehearsals for the 2020 Independence Parade, the main highlight for independence celebrations.

“The annual military parade will be led by the police band and will include two male police platoons, one female platoon, officers of the Special Services Unit (SSU), the Police Marine Unit, the Saint Lucia Air and Seaports Authority (SLASPA), Bordelais Correctional Facility (BCF), Special Reserve police officers, the Girl Guides, Saint Lucia Fire Service, Pathfinders from the Seventh Day Adventists, the Saint Lucia Red Cross, the Cadet Corps and will also include officers from the British Army.

“Remember we gained independence in 1979 and from that, the Royal Saint Lucia Police Force has always put on a military parade, showcasing the talent of the men and women of the RSLPF,” she added.

The RSLPF, according to Desir, looks forward to the annual activity.

“The public, as well, come out to see that parade and show their support to the uniformed group.”

There will be three rehearsal exercises, with the grand event on February 22, 2020, where the parade will begin at the Sab Playing Field and head into the city.