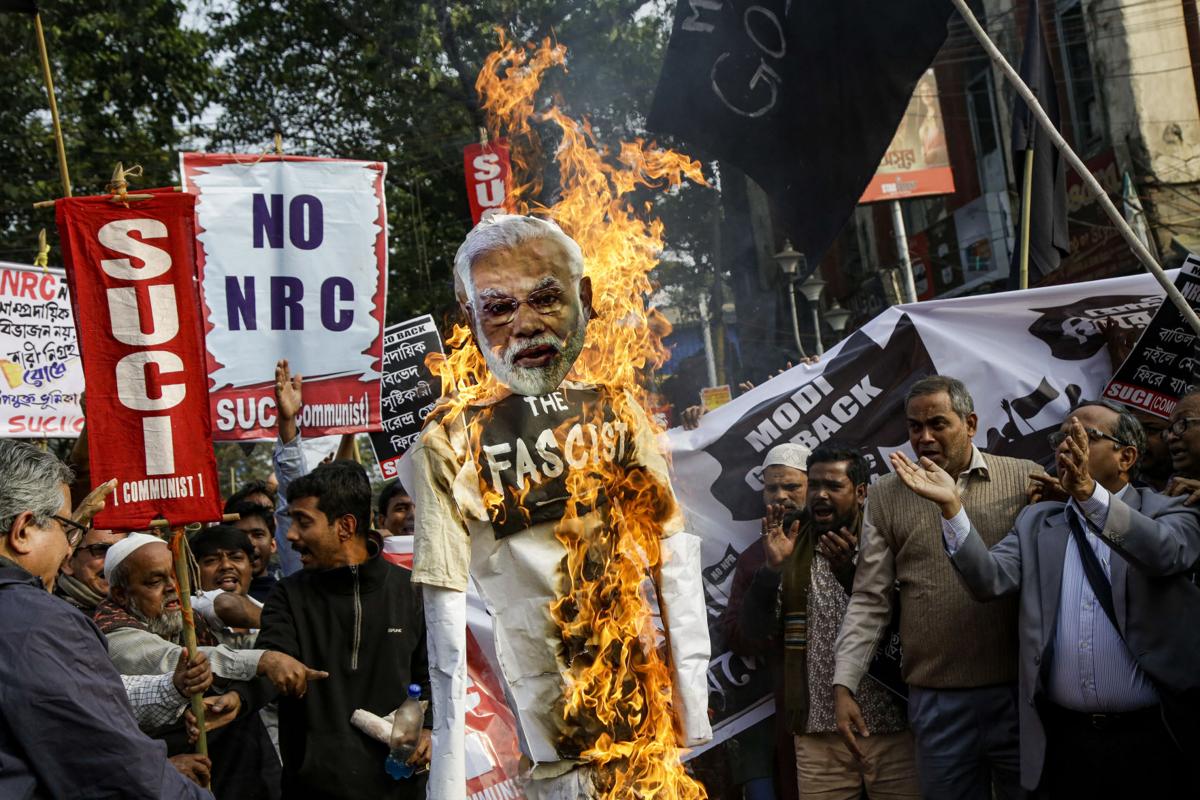 The head of Indian Prime Minister Narendra Modi's Hindu nationalist Bharatiya Janata Party in the state of West Bengal has threatened to shoot and jail people who protest a new citizenship law that has triggered a month of nationwide demonstrations.

Dilip Ghosh, a member of India's Parliament and the president of the BJP in West Bengal, made the comments to party members on Sunday in a district of the state that borders Bangladesh.

The citizenship law provides a path to naturalization for people from Bangladesh, Afghanistan and Pakistan, unless they're Muslim.

Many Indians worry the law will be used in conjunction with a National Register of Citizens that could require all Indians to produce documents proving their origins, a challenge in a country where many people lack official records including birth certificates.

Ghosh called out West Bengal's chief minister, Mamata Banerjee of the opposition All India Trinamool Congress party, comparing her government's treatment of protesters to BJP-controlled governments in other Indian states.

Banerjee, one of several state chief ministers from opposition parties who have pledged not to comply with the citizenship law, has led massive street marches to protest it.

"Look at Assam, Uttar Pradesh and Karnataka, our government has shot these demons like dogs," Ghosh said.

"You will come here, eat our food, stay here and then damage property? We will beat you with (batons), shoot you and put you in jail," he said, referring to demonstrators in West Bengal.

Twenty-three people have been killed nationwide since the citizenship law was passed Dec. 11. Massive protests erupted across the country, with Uttar Pradesh, Karnataka and Assam states the hardest hit.

Police in Assam have acknowledged fatally shooting five people, and Karnataka authorities offered compensation to the families of two men killed by police during protests.

Sixteen Muslims were killed in Uttar Pradesh on a single day after the BJP chief minister, Yogi Adityanath, promised to take "revenge" against protesters. Uttar Pradesh authorities have denied any responsibility for the deaths.