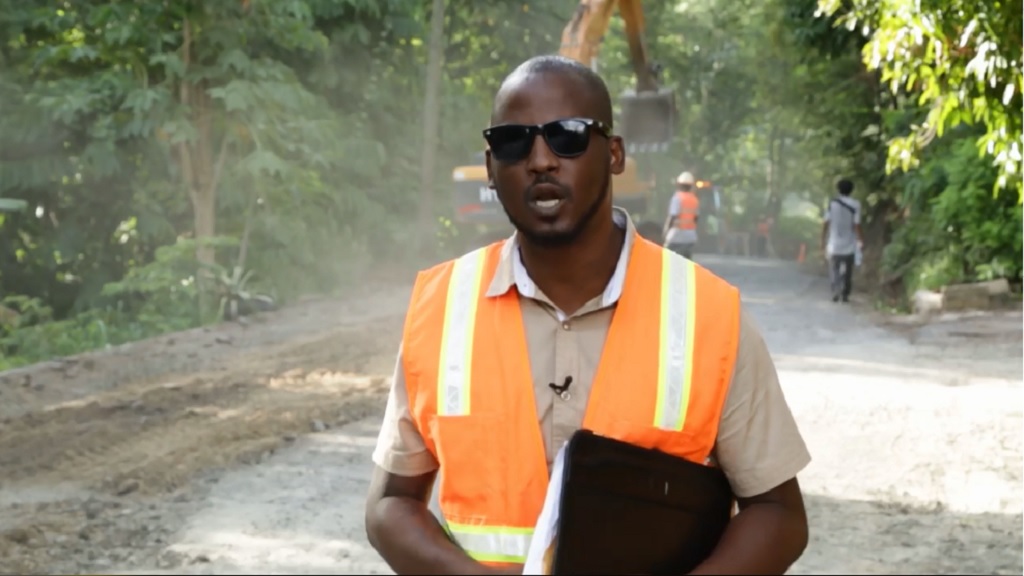 Minister of Infrastructure Hon Stephenson King posted an official response to complaints about a road works project to his Facebook page.

"Dust pollution associated with ongoing works on the Union/Grand Riviere/Corinth Road Reconstruction Project, is only for a short period of time and is for the greater good," the statement began.

Residents spoke to the media on Tuesday (August 4) saying that the current state of the road is causing continued damage to their properties in addition to posing serious issues to their health.

Said one resident: "After a high percentage of the cement was in our nostrils, our throats and all over, they passed with a water truck, sprinkled and rolled. This is all that has happened for the last two months. So we inhale that toxic substance causing irritation to our nostils, our eyes, our throats, lunches and God knows where... it has become unbearable."

Minister King's official response continued: "Earlier today (August 4), we were informed by the media that some residents of the White Rock area in Corinth, are complaining about dust from the ongoing road project.

My team would like to reassure those affected residents that the inconvenience experienced now is for their greater benefit later.

Very soon this project will be completed, improving the conditions of the road and general safety while increasing the property value of residents.

Interestingly we also received reports today from some residents that they were denied interviews to share a balance perspective. Why? Apparently they are not supporters of "Labour".

We are working for ALL."

One of the residents told reporters that the matter is not one of politics but one of health.

"I have nothing with development, I know we would have endured a bit of discomfort but this discomfort is too long. It's about ten weeks the people are working on this road. Some days they work, some day there is absolutely nothing going on," that resident observed.

In a video accompanying the minister's statement, the ministry's Communication Officer Shannon Lebourne stated that the works have been ongoing for about four weeks.