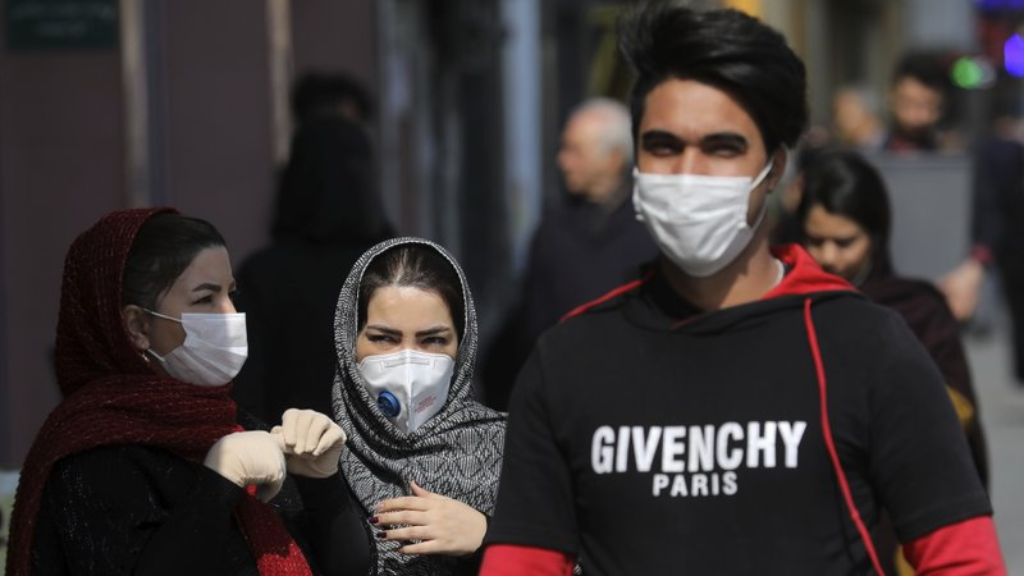 A staggering 50 people have died in the Iranian city of Qom from the new coronavirus this month, a lawmaker was quoted as saying on Monday, even as the Health Ministry insisted only 12 deaths have been recorded to date in the country.

The new death toll reported by the Qom representative, Ahmad Amiriabadi Farahani, is significantly higher than the latest number of nationwide confirmed cases of infections that Iranian officials had reported just a few hours earlier, which stood at 12 deaths out of 47 cases, according to state TV.

Health Ministry spokesman Iraj Harirchi rejected the Qom lawmaker’s claims, insisting the death toll from the virus remains at 12. He, however, raised the number of confirmed cases of those infected by the virus to 61, and added that some 900 other suspected cases are being tested.

“No one is qualified to discuss this sort of news at all,” Harirchi said, adding that lawmakers have no access to coronavirus statics and could be mixing figures on deaths related to other diseases like the flu with the new virus, which first emerged in China in December.

Still, the number of deaths compared to the number of confirmed infections from the virus is higher in Iran than in any other country, including China and South Korea, where the outbreak is far more widespread.

Neighboring countries have reported infections from travelers from Iran in recent days, prompting several to shut their borders to Iranian citizens.

Authorities in Iraq and Afghanistan, which closed their borders with Iran, on Monday announced their first confirmed coronavirus cases. Kuwait also announced its first case.

The virus has infected more than 79,000 people globally, and caused more than 2600 deaths, most of them in China. The World Health Organization recently named the illness caused by the virus COVID-19, referring to both coronavirus and its origin late last year.

Iraq said the virus was confirmed in an Iranian student in the Shiite holy city of Najaf who had entered the country before Iraq barred Iranians from entering last week. Separately, a person in Afghanistan’s western province of Herat who had returned from Iran tested positive for the virus, the health ministry there confirmed.

Farahani, the Iranian lawmaker from Qom, was quoted in local media as saying that more than 250 people are quarantined in that city, which is a popular place of religious study for Shiites from across Iran and other countries. He spoke following a session in parliament in Tehran on Monday, and was quoted by ILNA and other semi-official news agencies.

The lawmaker said the 50 deaths date as far back as February 13. Iran first officially reported cases of the virus and its first deaths in Qom on February 19.

“I think the performance of the administration in controlling the virus has not been successful,” Farahani said, referring to the government of President Hassan Rouhani.

“None of the nurses have access to proper protective gears,” Farahani said, adding that some health care specialists had left the city. “So far, I have not seen any particular action to confront corona by the administration.”

There are concerns that clusters of the new coronavirus in Iran, as well as in Italy and South Korea, could signal a serious new stage in its global spread.

Travelers from Iran infected with the virus have also been confirmed in Canada, Lebanon, the United Arab Emirates and Bahrain.

Bahrain’s Health Ministry said an infected citizen who returned from Iran on Friday had transited through the world’s busiest international airport in Dubai, United Arab Emirates. The ministry said the person is a school bus driver, and that students are being checked and related schools will be closed for two weeks.

A top WHO expressed concerns Monday over the virus’ spread. “We are worried about the situation in the Islamic Republic of Iran and in Italy,” WHO chief Tedros Adhanom Ghebreyesus said.

“It is an incredible time. Less than two months ago, the coronavirus was completely unknown to us,” Ghebreyesus said. “The past few weeks has demonstrated just how quickly a new virus can spread around the world and cause widespread fear and disruption.”

The outbreak in Iran has centered mostly in the city of Qom, but spread rapidly over the past few days as Iranians went to the polls on Friday for nationwide parliamentary elections, with many voters wearing masks and stocking up on hand sanitiser.

Authorities in Iran have closed schools across much of the country for a second day. Soccer fans across Iran are not permitted to attend matches, and shows in movie theaters and other venues have been suspended until Friday. Authorities have begun daily sanitisation of Tehran’s metro, which is used by some 3 million people, and public transportation cars in the city.

Iranian health officials have not said whether health workers in Qom who first came in contact with infected people had taken precautionary measures in treating those who died of the virus. Iran also has not said how many people are in quarantine across the country overall.

Meanwhile, Kuwait announced on Monday its first cases of the virus, saying that three travellers returning from the northeastern city of Mashhad, Iran, were confirmed infected with the coronavirus.

Iran, however, has not yet reported any confirmed cases of the virus in Mashhad, raising further questions about how the Iranian government is carrying out tests and quarantines. Iran has confirmed cases so far in five cities, including the capital, Tehran. A local mayor in Tehran is among those infected and in quarantine.

Ian Mackay, who studies viruses at Australia’s University of Queensland said the latest figures mean that “Iran could become the hotspot for seeding countries that have travel with Iran ... a source outside of China.”

Iran is already facing diplomatic and economic isolation under US pressure. The virus threatens to isolate Iran even further as its neighbors close their borders to prevent its spread.

Armenia too has closed its border with Iran for two weeks and suspended air traffic between the two countries because of the new coronavirus. Azerbaijan temporarily closed the Bilasuvar and Astara checkpoints on the border with Iran. It remains unclear when the checkpoints will be re-opened.

Georgia too has restricted movement of individuals from Iran to Georgia and vice versa, according to a statement by the country’s Foreign Ministry. Georgian authorities said flights between the two countries would be halted.

US announces 15th coronavirus case, this one in Texas evacuee

Ralph Lauren: 4Q sales hit of up to US$70 million from coronavirus