Jamaica Tallawahs picked up just their second win of the 2019 Hero Caribbean Premier League (CPL) after successfully defending 127 all out to stun Barbados Tridents by five runs in a thriller at the Kensington Oval on Monday night.

The Tridents chasing 128 for victory were restricted to 122 for nine off their 20 allotted overs.

There appeared little hope for the Tallawahs after a largely disappointing effort with the bat, but the Tridents found themselves behind the required rate at the halfway stage and, as the pressure grew, the wickets started to fall.

Shamar Springer took three for 32 and Imran Khan three for 19 as the Tallawahs kept their slim Hero CPL playoff hopes alive with an unlikely win to remain second-from-the-bottom of the six-team table with four points.

The Tridents are also on four points but fourth in the table, a place above the Tallawahs, courtesy of a better net run rate.

Alex Hales got the Tridents'  run-chase off to a positive start with a pair of sixes in the third over but fell to Zahir Khan soon after for 16, smartly caught by Jade Dernbach diving to his right at square-leg. They were the only sixes the Tridents hit until the 19th over as their batting fell away in the face of tight Tallawahs bowling.

Justin Greaves (six) and JP Duminy (three) fell in quick succession to Imran Khan and Dwayne Smith while Jonathan Carter (17) and Johnson Charles (31) did likewise to Springer after their partnership had got appeared to get things back on course.

At 78 for five the game was right back in the balance, and Tridents captain Jason Holder couldn’t tilt it back in his side’s favour as a slog-sweep off Imran Khan went straight up in the air to be caught by keeper Glenn Phillips for two. 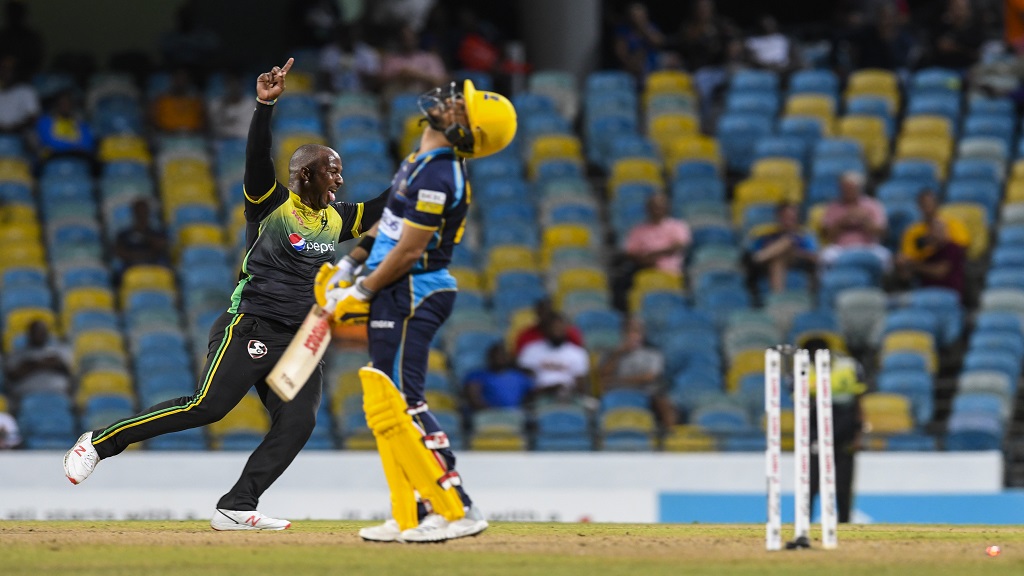 Springer bounced out Ashley Nurse for four before Roshon Primus ran past one from Imran Khan to be comprehensively stumped as the Tridents found themselves 90 for eight and staring down the barrel.

There was still time for another twist, Raymon Reifer smashing 26 from just 12 balls with two fours and two sixes to reduce the target from a daunting 30 off two overs to a far more manageable six from the last three balls. But when he carved Dwayne Smith to Springer at deep cover the game was up as the Tridents slumped to an eighth consecutive home defeat in the Hero CPL.

For most of the night, that result had seemed so unlikely. Things started to go wrong for the Tallawahs as early as the second over of their innings when Chris Gayle chopped on to give Jason Holder the first of his two wickets. Gayle made just one.

Chadwick Walton was then superbly caught at slip by a diving Nurse off Sandeep Lamichhane for 13, but at 51 for two in the eighth over with Glenn Phillips well set the Tallawahs weren’t badly placed.

Five overs later, they were 78 for seven. George Worker chipped JP Duminy to Alex Hales at deep cover and was caught for six before a Dwayne Smith (one) miscue picked out Greaves to give Lamichhane the second wicket of a hugely impressive spell. 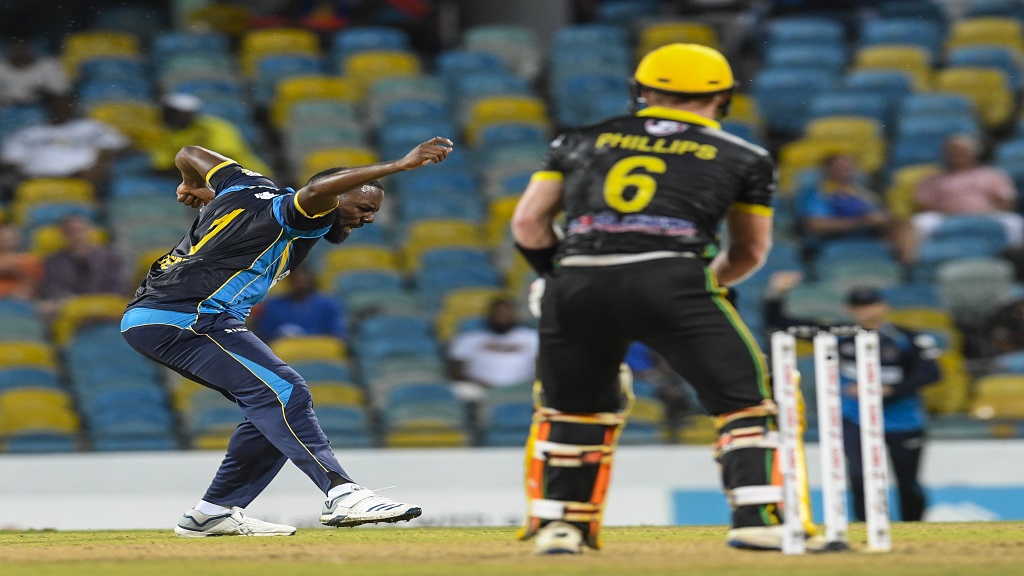 Reifer got the big wicket of 2019 Hero CPL leading run-scorer Phillips edging behind after striking two fours in the previous three balls and looking increasingly assured on 41. It was nevertheless an innings whose true worth would only become clear much later in the night.

Imran Khan fell to Holder for 10 in identical fashion and Javelle Glen drilled a cover-drive straight to Duminy was caught without scoring.

There was a partnership of sorts between Springer (seven) and Ramaal Lewis (27) before the former skied Tridents new boy Harry Gurney to cover. His first Tridents wicket was a deserved reward for an inventive and economical spell.

A brief but heavy rain shower forced a delay late in the innings, and Lewis came out a man possessed for what would prove a vital final nine deliveries of the Tallawahs innings. He bludgeoned two huge sixes down the ground off Reifer before carving over extra-cover for four more.

He fell caught behind to the penultimate ball of the innings for a crucial 27, and Zahir Khan was run out attempting a second run from the last to leave the Tallawahs 127 all out. Against the odds, it would prove just enough.