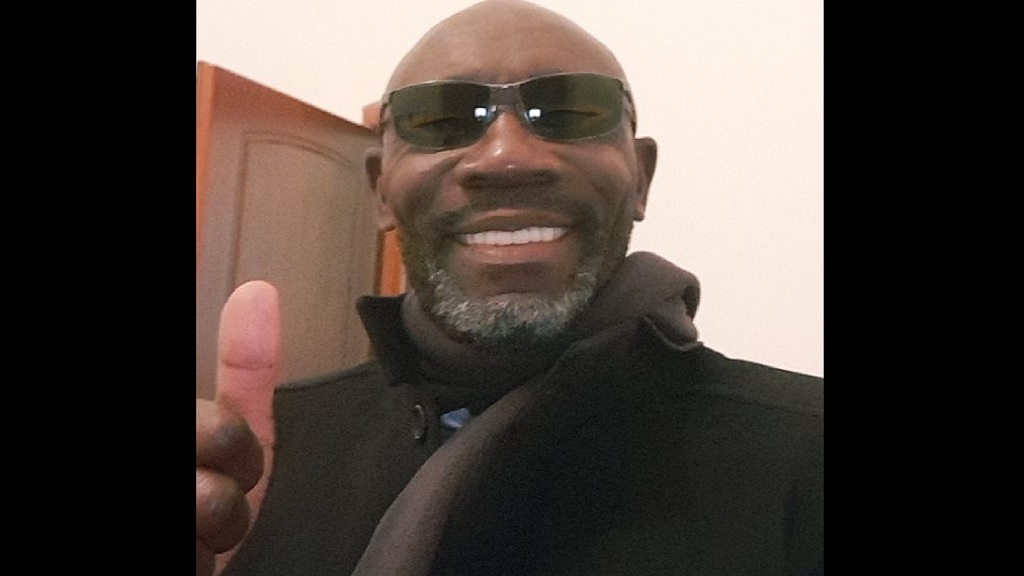 A Jamaican national was among three United Nations staff members killed on Saturday when a bomb-laden vehicle exploded outside a shopping mall in Libya's eastern city of Benghazi.

The deceased Jamaican has been identified as Clive Peck, whose LinkedIn account lists him as a UN field service officer. He was reportedly a former member of the Jamaica Constabulary Force.

The other deceased have been identified as Seniloli Tabuatausole of Fiji and Hussein Elhader of Libya.

According to the Associated Press, health officials said the blast took place outside Arkan Mall in the Hawari neighborhood, where people were gathering for shopping a day before the Eid al-Adha holiday begins. The Benghazi municipal council reportedly said the attack targeted a convoy for the UN Support Mission in Libya. 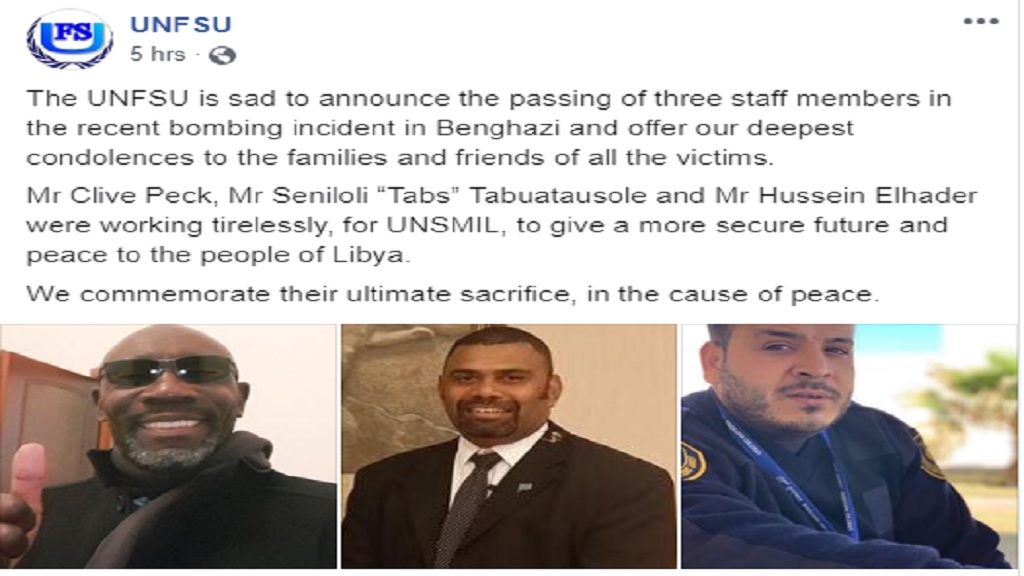 The site of the attack is close to offices of the mission in Libya. The blast wounded nine people, according to health officials who spoke on condition of anonymity because they were not authorized to brief reporters.

The United Nations Field Staff Union (UNFSU) expressed condolences to the families of the deceased in a social media post.

"The UNFSU is sad to announce the passing of three staff members in the recent bombing incident in Benghazi and offer our deepest condolences to the families and friends of all the victims. Mr Clive Peck, Mr Seniloli “Tabs” Tabuatausole and Mr Hussein Elhader were working tirelessly, for UNSMIL, to give a more secure future and peace to the people of Libya," the post said.

Stéphane Dujarric, a spokesman for UN Secretary-General António Guterres, said in a statement: "The Secretary-General extends his deepest condolences to the bereaved families and wishes a swift recovery to all the injured. He calls on the Libyan authorities to spare no effort in identifying and swiftly bringing to justice the perpetrators of this attack."

He also said the secretary-general urged "all parties to respect the humanitarian truce during Eid al Adha and return to the negotiating table to pursue the peaceful future the people of Libya deserve."

The UN special envoy for Libya, Ghassan Salame, condemned what he called a "cowardly attack."

"This attack will not discourage us, nor will it prevent us from carrying on with our duties to bring about peace, stability and prosperity to Libya and its people," he said in a statement.

Salame said the commitment of the parties of the U.N.-proposed cease-fire in Tripoli "sends an irrevocable message that the blood of Libyans, and UN staff, ... was not shed in vain in this heinous explosion."

She said the attack "highlights the continued danger of terrorism across the country," and it confirms that the latest hostilities are creating a vacuum "easily exploited by radical elements that strive on chaos and violence."

Keita said the U.N. doesn't intend to evacuate from Libya and she expressed hope that both sides will abide by their commitment to the Eid cease-fire.

Footage circulated online shows what appears to be burnt U.N.-owned vehicles as thick smoke bellows into the sky.

No group immediately claimed responsibility for the attack, which came just a month after two bomb-laden vehicles went off in Benghazi, the stronghold for the self-styled LNA. The July attack killed at least four people and wounded 33 others.

If it takes place, the upcoming cease-fire would be the first since the LNA launched a surprise military offensive on April 4 aimed at capturing Tripoli, ushering in fierce battles with militias loosely allied with a U.N.-supported but weak administration in the capital.

The battle for Tripoli has killed over 1,100 people, mostly combatants, and has displaced more than 100,000 civilians. Thousands of African migrants captured by Libyan forces supported by the European Union are trapped in detention centers.

In recent weeks, the battle lines have changed little, with both sides dug in and shelling one another in the southern reaches of the capital. Fighters have also resorted heavily to airstrikes and attacks by drones. An airstrike on one facility early last month killed more than 50 people — many of whom were migrants who died when a hangar collapsed on top of them.

Libya slid into chaos after the 2011 uprising that toppled and killed long-ruling dictator Moammar Gadhafi. Armed groups have proliferated, and the country has emerged as a major transit point for migrants fleeing war and poverty for a better life in Europe.

The LNA is the largest and best organized of the country's many militias, and enjoys the support of Egypt, the United Arab Emirates and Russia. But it has faced stiff resistance from fighters aligned with the U.N.-recognized government, which is aided by Turkey and Qatar.

Award-winning Jamaican doctor killed in hit-and-run in US