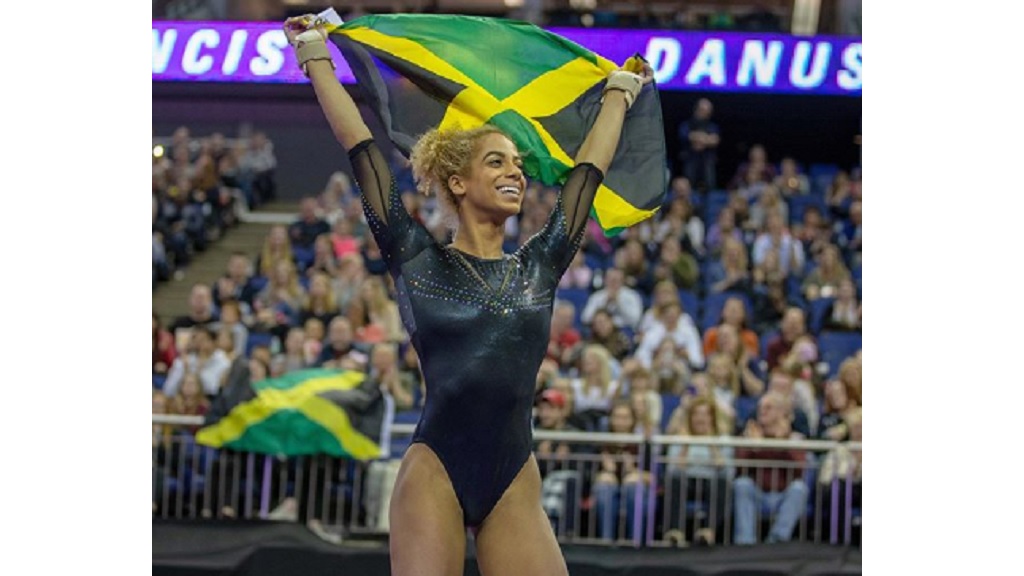 Twenty-five year old artistic gymnast Danusia Francis became only the second Jamaican to qualify for gymnastics at the Olympics, with a breakthrough performance at the World Gymnastics Championships in Germany on Friday.

The 25-year-old earned one of the top 20 automatic qualifying spots for the Tokyo Games at the FIG Artistic Gymnastics World Championships in Stuttgart, Germany. She competed alongside teammates Toni-Ann Williams and Kiara Richmon.

The British-born Francis posted an all-around score of 50.982 to finish on a list of 20 individuals who secured qualification to the 2020 Games in Tokyo.

Francis now joins Williams, who did so at the 2016 Games in Rio, as the only Jamaicans to quality for gymnastics at the Olympics. The qualification means that Francis has achieved her "lifelong dream" of qualifying for an Olympic Games.

"It will honestly mean the world. I'm emotional talking about it," she said in a video posted on her IG account.

She thanked her supporters, Jamaican teammates, Team Jamaica and the Jamaican gymnastics delegation.

"It's all starting to sink in and I just want to say a massive thank you to everyone for all your support, positivity and kind words," she said via her Instagram page.

Williams performed creditably at the same meet to score 47.798, while Richmon scored 44.632. However, it was not enough to make the final cut.

Francis was once a reserve athlete for Great Britain's team at the 2012 Summer Olympics.