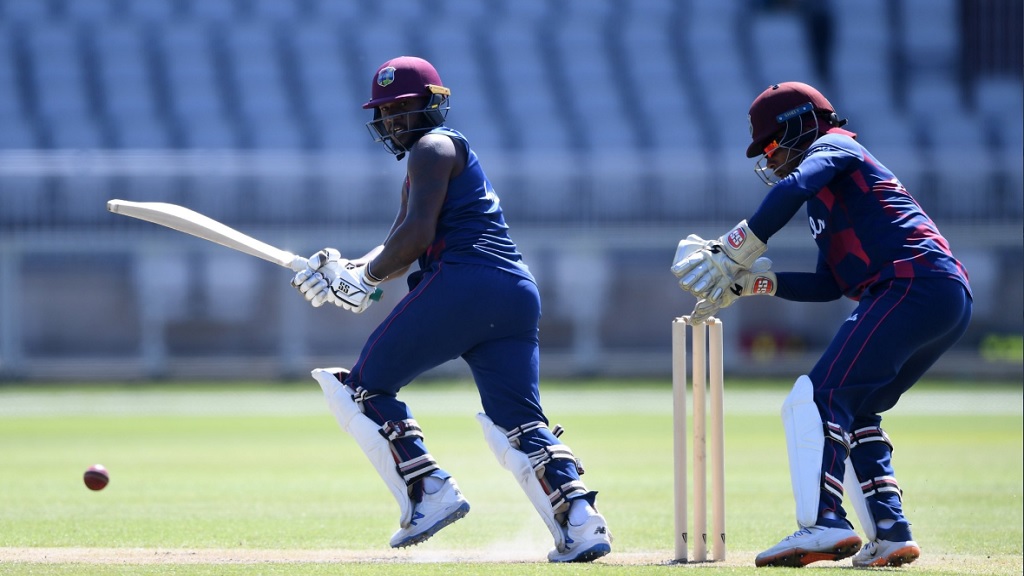 Test captain Jason Holder, who captained one of the sides, did not feature much in the three-day match as a result of a slight niggle. Holder declined to bowl himself despite taking the field in the morning session and did not bat in the team's second innings after making a golden duck in the first.

West Indies coach Phil Simmons confirmed that  Holder "has had a slight niggle on his ankle."

West Indies will play one more intra-squad match, starting on July 29, before the three-Test series against England gets underway at Southampton on July 8.

Simmons said that Holder, who is ranked as the number one all-rounder in Test cricket by the International Cricket Council, will bowl in the four-day intra-squad match next week.

Resuming the day with a lead of 181 at 99 for three, the side led by Test vice-captain Kraigg Brathwaite declared its second innings at lunch on 231 for four, 313 ahead. Holder's side reached 149 for three in their second innings when the game ended.

Moseley, who is listed among 11 reserves for the Test series against England, made 83 not out from 142 balls for Holder's side following his first innings score of 40.

Brooks (66 not out) and Dowrich (56 not out) combined for an unbeaten stand of 131, which allowed Brathwaite's team to declare at lunch.

There was a moment of concern for wicketkeeper Dowrich, who injured his side. He received treatment back in the dressing room, with Brooks and Shai Hope each taking a turn with the gloves.

Jamaican John Campbell made up for his day-one duck with an attacking 49 for Brathwaite's team.

The game represents the first top-level cricket match anywhere in the world since the suspension of cricket in mid-March because of the coronavirus pandemic.

The West Indies squad will live, train and play in a “bio-secure” environment during the seven weeks of the tour of England, as part of the comprehensive medical and operations plans to ensure player and staff safety.