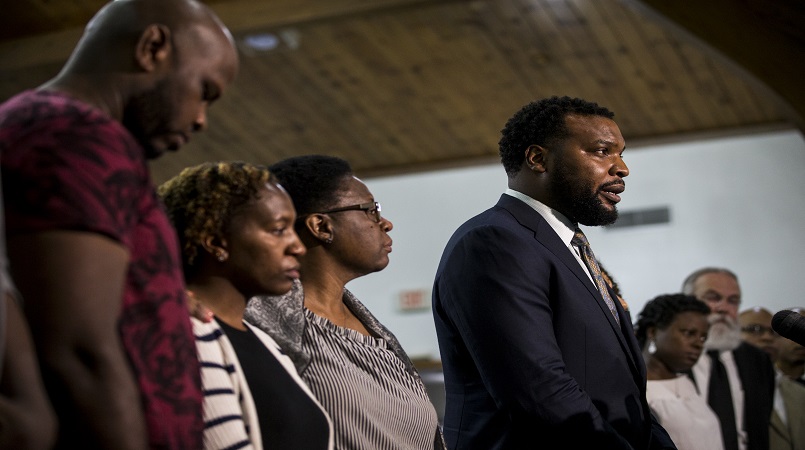 Jean family attorney Lee Merritt reacted in a Facebook post to the release of the 911 call that Amber Guyger made following her fatally shooting Botham Jean in his own apartment:

Merritt wrote: "Supporters of Amber Guyger, the former Dallas Police officer that murdered Botham Jean in his apartment, have leaked a recording of her 911 call to the media in hopes of drumming up sympathy ahead of the looming murder trial.

On the recording, Guyger repeatedly claims that she thought she was in her apartment. She callously despairs over the idea that she would probably lose her job— not that she had murdered a man in his own home. There is nothing new that can be gleaned from this recording that helps justify Guyger’s actions.

Completely absent from the 911 recording is any actual justification for the use of deadly force. Guyger will almost certainly argue at trial that she “feared for her life”. She failed to make any such claim moments after shooting Botham in the chest. If he presented a threat to her at all— this would be the first thing she said as she explained away her actions on the call.

Conversely, in the absence of any indication that Botham Jean represented a threat to Guyger, the claim that she entered his apartment believing it to be her own falls desperately short of justifying her decision to shoot him. The claim that Guyger entered Mr. Jean’s apartment by mistake has not been seriously disputed by prosecutors or by the Jean family. However, the law simply does not allow for a person to enter the home of another, murder them, and justify their actions by saying they believed they were in their own home. Such an argument doesn’t serve as the basis for a plea of self-defense; stand your ground; justifiable force under police protocol or any other affirmative defense other than maybe insanity.

Guyger’s ramblings are self serving and void of any concern for the humanity of her victim. There is no indication that she is rendering aide. The recording actually contradicts a later affidavit that states she realized that she was in the wrong apartment when the operator asked her for the apartment number.

There was sufficient lighting and details available to her to make that revelation much sooner. She didn’t behave reasonably in taking in all of the information available to her. She was too busy instinctively shooting first to take in facts or ask ?s"

The recording was obtained by WFAA in Dallas.