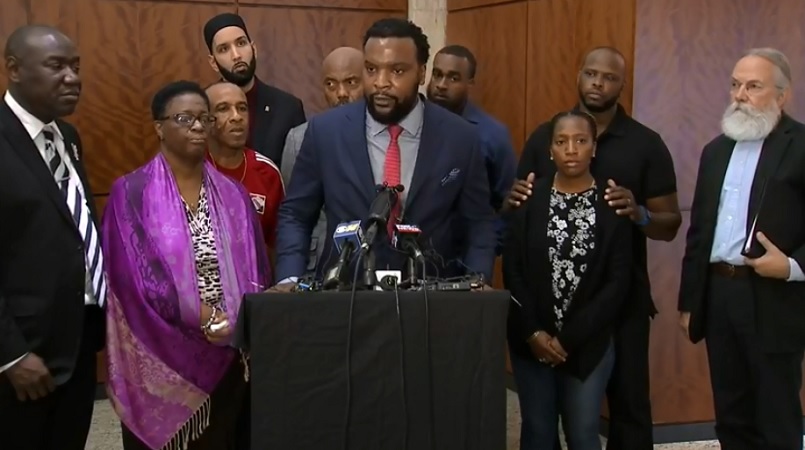 Jean family lawyer Lee Merritt posted a response on Facebook to the motion that Amber Guyger's lawyers filed yesterday, requesting that her murder trial for killing Botham Jean in his own apartment would be moved to a different county.

Guyger's lawyers argued that media coverage and statements by various public officials had tainted the jury pool in Dallas County, resulting in a fair trial being impossible there.

Merritt believes that race is at the heart of why Guyger's lawyers want the change, "...let's consider why her lawyers might pursue such a change. Each of the counties offered as alternative venues have populations that are upwards 80% white and where minorities represents a small fraction of the presence they do in Dallas County. As much as they claim the case is not about race, they are eagerly vying for the case to be moved to jurisdictions where the issue of race plays heavily in their favor."

He said, "Amber Guyger wants to move her trial out of Dallas County. That cannot happen. The trial concerning the murder of Botham Shem Jean belongs in Dallas County and it is here where it must remain. Botham was murdered in his Dallas apartment where he resided since graduating college and joining the accounting firm PriceWaterhouseCooper.

This motion to change venue was as exspected as it is baseless. Venue is not changed based on a case's popularity. In order to establish the need for a change of venue the defendant would first have to establish that Dallas County residents are so overwhelmingly biased that a fair trial would be impossible. Guyger will not be able to do that because it simply isn't true.

For starters, news of the murder of Botham Jean didn't only impact Dallas residents, it was spread all over the world. Reports about the murder of Botham Jean were published in every news outlet in the nation and on most international platforms as well. One would be hard pressed to find anyone who has not heard about this officer involved shooting.

There is nothing inherently biased about knowledge or familiarity with a case. What the law requires for a successful change of venue is a showing that potential jurors have been so tainted by misinformation that they have each already made their minds up about the defendant's guilt or innocence. The issue here, however, is that the facts available in the public domain concerning the incident are relatively simple and straight forward: A uniformed police officer entered the private apartment of a young accountant claiming to believe she was in her own apartment and shot him to death allegedly because she thought he was an intruder. This not misinformation. The fact pattern alone does not create bias.

There is no legal basis for a change of venue in this case and accordingly the feeble motion must be denied."