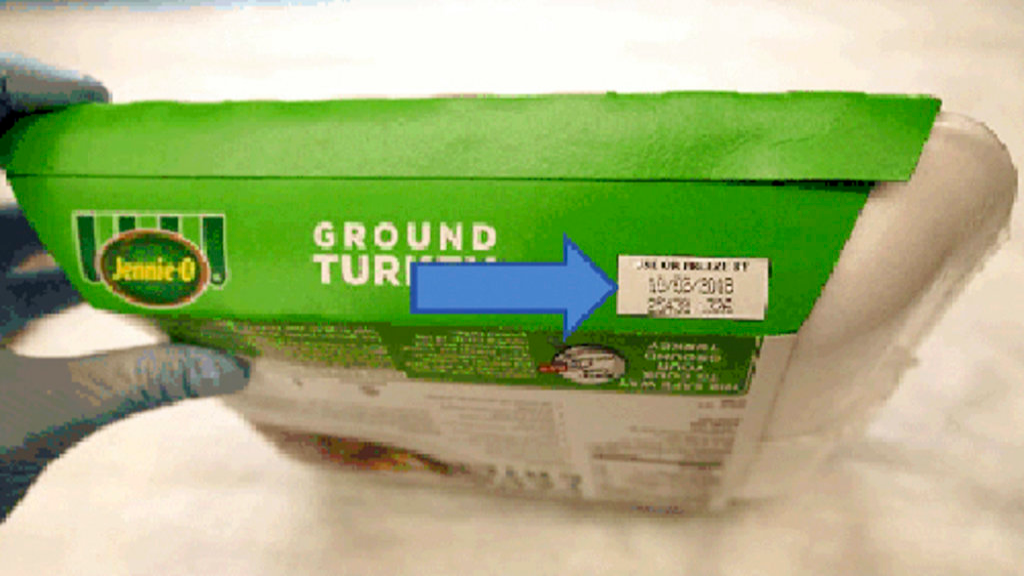 Jennie-O Turkey recalled packages of ground turkey in a salmonella outbreak, and regulators say additional products from other companies could be named as their investigation continues.

The recall was the first — not counting pet food — tied to a widespread and ongoing outbreak that has resulted in one death and 164 reported illnesses in 35 states.

Regulators did not say how many of those people were exposed to Jennie-O products.

The products being recalled include 1-pound packages of raw, ground Jennie-O turkey and were sold nationwide. The more than 91,000 pounds of turkey had use-by dates of early October and shouldn't be in stores anymore, but could still be in freezers. Regulators say it should be thrown away.

Jennie-O's parent company, Austin, Minnesota-based Hormel Foods Corp., said in a statement that government agencies have found the strain in the outbreak in 29 manufacturing plants from 19 companies.

U.S. Department of Agriculture officials have not named those plants or companies. The agency says it has to be able to tie a specific product to illnesses before it can prompt a recall. It notes salmonella is not considered an adulterant in raw poultry unless products can be clearly linked to illnesses.

With Thanksgiving approaching, the agency is reminding people that they should always properly handle and cook their turkeys to kill any possible salmonella. Salmonella in food is estimated to be responsible for 1 million illnesses a year, with symptoms including vomiting, diarrhea and stomach cramps.

Pet food with raw turkey was linked to the outbreak previously. A Minnesota company earlier this year recalled pet food with the same strain of salmonella.