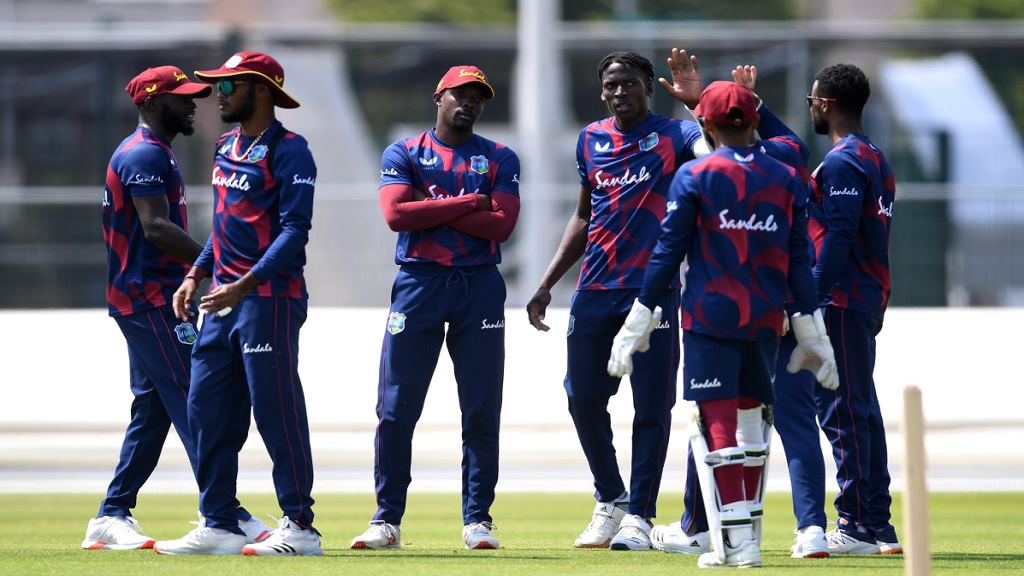 Jermaine Blackwood suffered a big setback in his quest for a Test recall as the Jamaican was dismissed cheaply on the second morning of the West Indies’ intra-squad warm-up match at Emirates Old Trafford on Wednesday.

Blackwood, whose only Test century came against England five years ago in Antigua, made just three runs after he was asked to open the batting for Jason Holder's XI.

The 28-year-old Blackwood was hoping to give Jason Holder's XI a good start in their chase of 275 made by Kraigg Brathwaite's XI on Tuesday's first day of the three-day warm-up match. Instead, Blackwood allowed his Jamaican teammate Marquino Mindley to uproot his middle stump.

Jason Holder's XI recovered from the early wicket to reach 90 for two at lunch after 25 overs. However, they slipped to 109 for six after the lunch interval.

Sunil Ambris (52) and Shayne Moseley (31 no) took advantage of some sloppy work in the field to share a stand worth 86.

Brathwaite was solid as he accumulated 84, while he shared a century stand with Shai Hope, who scored a stroke-filled 83. That formed the bulk of the scoring for Brathwaite's XI. Roston Chase scored 37. No other batsman got past 20.

Alzarri Joseph took four for 60, while Shannon Gabriel supported with three for 32 to mark his return from ankle surgery. There was one each for Kemar Roach, Rakheem Cornwall, and Preston McSween.

Wicket-keeper Joshua DaSilva impressed with four catches on his first outing at the senior level.

Speaking after the opening day assistant coach Roddy Estwick said it was a solid day of cricket as they continue preparations for the Test series against England, which bowls off on July 8 at the Ageas Bowl in Southampton.

“Shannon bowled with his usual pace and he got some good wickets. He needed some miles in his legs in the middle in a competitive environment and we saw that today,” Estwick said.

“It was a solid day and a very good day. We’re trying to peak for July 8 and will continue to build and be ready for the first day of the first Test. Credit to Alzarri, who troubled all the batsmen after tea and got four very good wickets. It was heartening to see the bowlers still running in hard at 5:30 in the evening. The batsmen did a decent job, Shai and Kraigg showed their call … to get close to 280 we’re not gonna grumble.”

Monday’s play was the first top-level cricket anywhere in the world since the suspension cricket in mid-March because of the coronavirus pandemic.

The West Indies squad will live, train and play in a “bio-secure” environment during the seven weeks of the tour of England, as part of the comprehensive medical and operations plans to ensure player and staff safety.