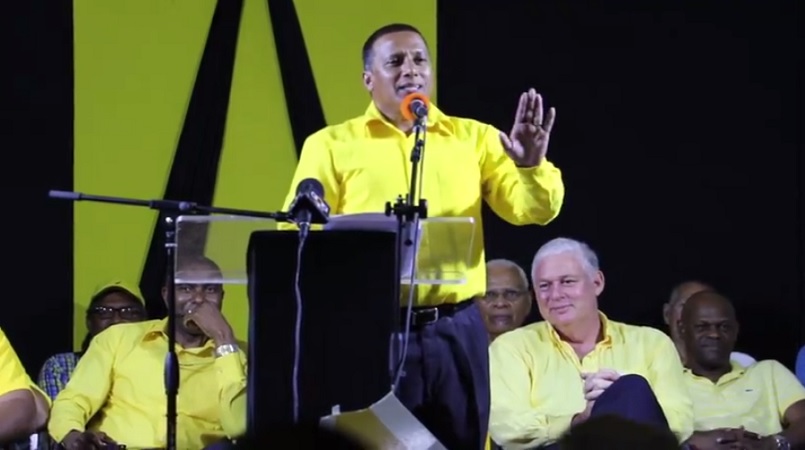 “I want Dr St Rose, John Peters, Kenny Anthony and everybody else who is part of their delegation to challenge me on national television to discuss St Jude Hospital.”

Joseph, had just before taunted Opposition Leader Philip J Pierre by saying, “The difference between me and Pierre is I would never give Pierre a slap because my hands are too precious to waste it on slapping a man like Philip J Pierre.” He went on to say that he doesn’t believe in violence but that if it comes his way he can stand his ground.

President of the St. Lucia Medical and Dental Association, Dr Alphonsus St. Rose has been calling on the government to treat the St. Jude Hospital reconstruction project as a matter of priority and to commence work without further delay.

“We have only recently learnt once more via the media, of what the government’s intentions on healthcare are. Our analysis has indicated from all accounts, that the St. Jude Hospital Reconstruction Project (SJHRP) can be completed at a cost phenomenally less than it would take to build a new facility and in much less time (six to ten months),” he has said.

The Saint Lucia Labour Party's meeting last night was called the Rally for St Jude in which many speakers from within and outside the party criticized the government's approach to the nation's healthcare.

Will anyone take up Joseph's challenge?