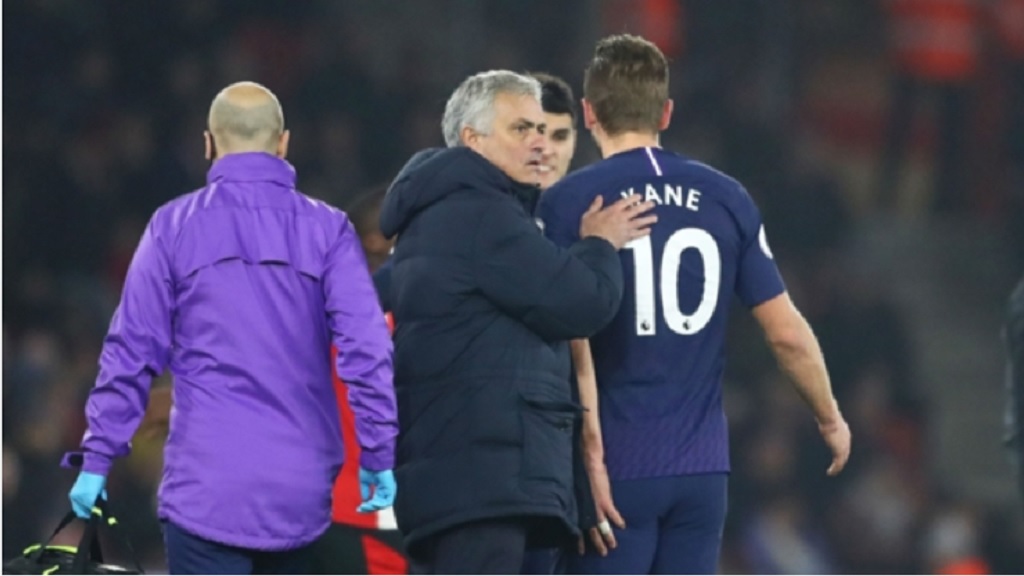 Jose Mourinho believes Harry Kane will not return to action for Tottenham until at least May, in a blow for both club and country.

Spurs striker Kane sustained a hamstring injury on New Year's Day in a defeat to Southampton and has been out of action since, having undergone surgery.

Initially, it was expected Kane would be out until April and the 26-year-old has already begun his rehabilitation process.

However, Mourinho has cast doubt on that prognosis, revealing he does not expect England captain Kane to be able to play again until at least May 9-10, with Spurs scheduled to face Leicester City in their penultimate match of the season, with Crystal Palace their final league opponents on May 17.

"The Leicester match," said Mourinho, whose side face Southampton in an FA Cup replay on Wednesday, when he was asked about Kane's return.

"Maybe we need that match for something. To be fourth, to be fifth, to be sixth. Maybe he can help us in this match. I hope. Is that the best-case scenario at the moment? Yes, I think so."

If Mourinho's prediction proves correct, it means Kane will only be able to play in two league fixtures prior to joining up with Gareth Southgate's England squad for Euro 2020.

England are in action in two warm-up fixtures in early June - against Austria and Romania respectively - before facing Croatia in their opening Euro 2020 fixture on June 14.

The national team's issues are of little concern to Mourinho, however.

"It's a problem for [Gareth] Southgate and for [the England assistant manager] Steve Holland, not for me," he added. "How would I feel if I were England manager? I don't know. I'm not."