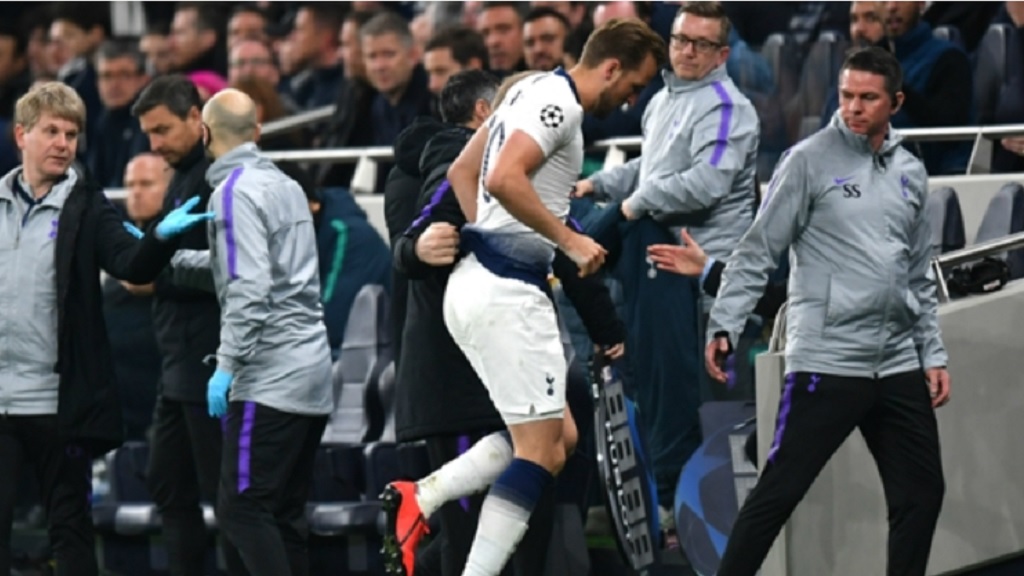 Harry Kane sustained a significant lateral ligament injury to his left ankle against Manchester City in the Champions League, Tottenham have confirmed, but he has not been ruled out for the season.

Kane suffered the injury in a challenge with England team-mate Fabian Delph during Tuesday's quarter-final first leg at the new Tottenham Hotspur Stadium.

Son Heung-min scored to earn Mauricio Pochettino's side a 1-0 advantage ahead of next week's return, but the Spurs manager accepted Kane could be out for the rest of the season.

Spurs said on Thursday that tests on Kane's injured ankle have shown "a significant lateral ligament injury to his left ankle".

But the club indicated he could play again this term as he "will continue to be assessed by our medical staff over the coming week".

There was a further blow for Spurs as the club said Kane's England team-mate Dele Alli sustained a fracture in his left hand in the win over City.

Spurs said of Alli: "The England midfielder will now be assessed to determine his availability for this weekend's [Premier League] fixture against Huddersfield Town."

Kane, who has scored 17 Premier League goals this term, missed six weeks of action with an ankle injury earlier in the year.

Spurs face City in the second leg of the quarter-final on Wednesday before returning to the Etihad Stadium three days later in the Premier League.

Kane could be out for the season, says Pochettino

Kane out until March with ankle injury