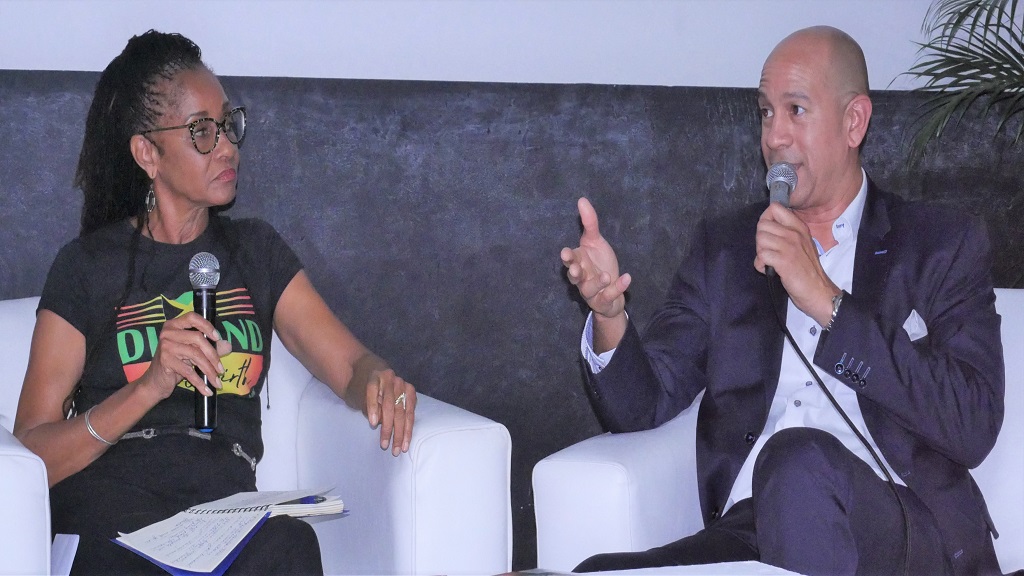 Zachary Harding makes a point during a panel discussion at a symposium held at the Bob Marley Museum on Thursday. Veteran broadcaster Elaine Wint, who moderated the discussion, looks on.

Incarcerated dancehall star Vybz Kartel once questioned whether the international success enjoyed by fellow deejay and compatriot, Sean Paul, was due to the latter’s lighter skin complexion. That’s according to corporate executive Zachary Harding, the former manager of the Grammy Award-winning international superstar.

“He (Kartel) and I had a long conversation, and he started to ask what role Sean’s ‘brownness’ played in his success,” Harding said.

“And this was right at the time when Kartel started bleaching,” Harding continued.

Harding was Sean Paul’s first manager. The artiste went on to achieve super stardom under the management and production of Zachary’s brother, Jeremy Harding, selling more than 26 million records worldwide and winning a Reggae Grammy Award. Though he has for years been the most popular artiste locally, Kartel has never won a Reggae Grammy and his commercial success overseas pales in comparison to Sean Paul’s. 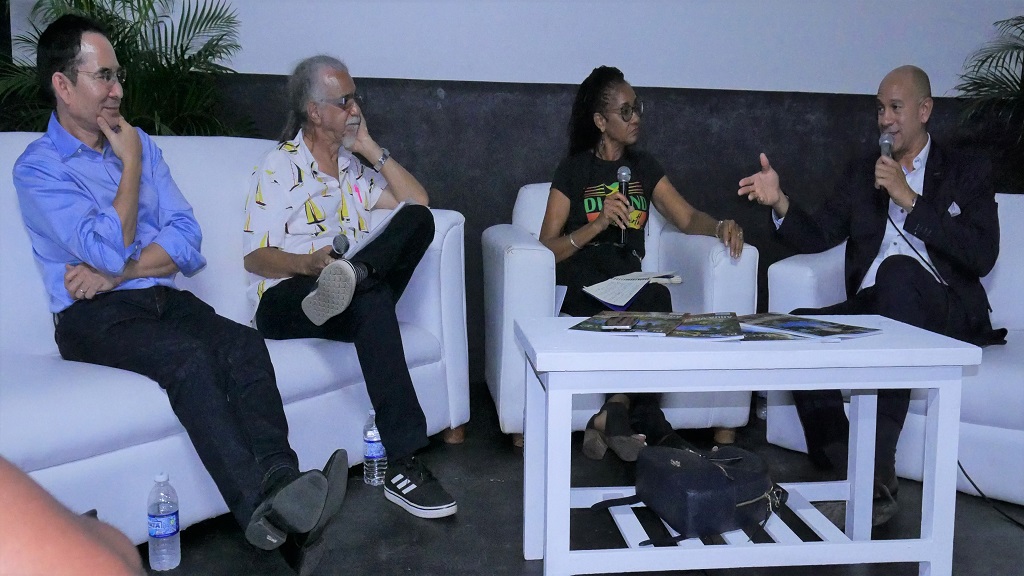 “I just found it fascinating because he was fascinated with the question of ‘was Sean’s brownness an influential factor in his success' versus Kartel’s success,” Harding said.

He made the comments during a panel discussion on “The Business of Bob Marley” at a symposium held at the Bob Marley Museum on Thursday, the 75th anniversary of the reggae legend’s birth.

Harding’s comments came after fellow panelist,  businessman and social commentator Kevin O’Brien Chang stated, “There is no question that Bob Marley’s popularity comes from his image,” before posing the provocative question: “If Marley looked like Peter Tosh, and Peter Tosh looked like Bob Marley, whose music would have been more popular today?”

It is a question long raised by reggae fans as the two giants of The Wailers band, along with Bunny Wailer, embarked on solo careers with contrasting success. Marley became the global legend whose music and memorabilia continue to generate millions of dollars nearly 40 years after his death. Tosh, though he too had a significant musical career, his international success and legacy are dwarfed by Marley’s. Tosh also had his fair share of brushes with the law, and was murdered in 1987. 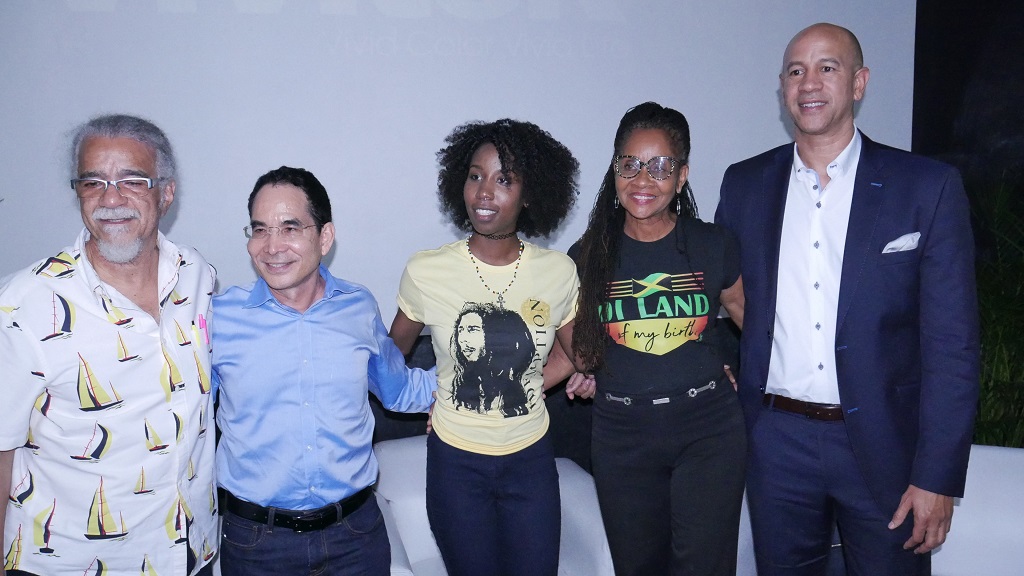 The panelists embrace after the fruitful discussion.

While the panelists didn’t dismiss the issue of colourism, they all noted that Marley’s other attributes outweighed his skin complexion.

Tommy Cowan, an accomplished recording artiste and producer who worked as Marley’s marketing manager, said a number of attributes made Bob great – his amazing talent, relentless work rate, the team working with him – and also the fact that he knew what he wanted to achieve.

He recalled that Marley wrote on one of his albums that “the people did not buy into me - they bought into the message”.

Chang also noted that, unlike other artistes, there was Marley’s widow Rita, who worked hard to keep her husband’s legacy alive, long after the reggae icon died of cancer in 1981.

“Beside every successful man, there is a woman,” Chang stated.

Harding noted that another Jamaican superstar, track legend Usain Bolt has achieved significant financial success away from the sport while visibly black.

He said, “at the end of the day, it’s the product that wins.”

WATCH: They're 'jammin' for Bob Marley 75