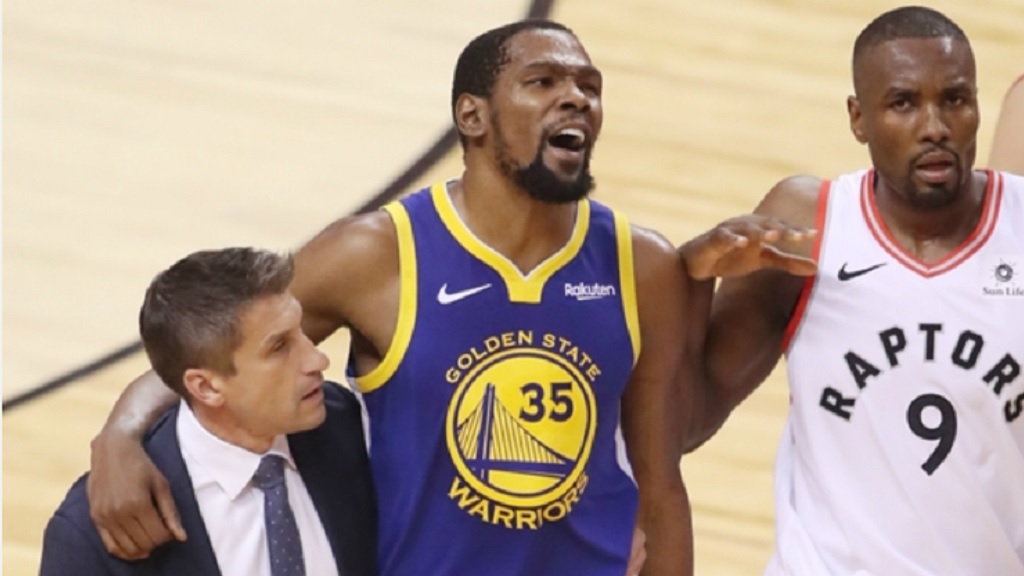 Kevin Durant is not expected to play for the Brooklyn Nets in the 2019-20 season, general manager Sean Marks confirmed.

Ten-time All-Star Durant tore his Achilles in Game 5 of the NBA Finals in June, with the Golden State Warriors beaten to the championship by the Toronto Raptors.

Despite knowing the 2014 MVP would likely require nine to 12 months of rehabilitation, the Nets signed him to a four-year, $164million deal in free agency.

It had been reported this week that Durant could return in March, but Marks denied that will be the case.

"His rehab is going very well," Marks said at a news conference on Tuesday.

"The expectations are that he will be out for the year. We're not going to plan on playing [him].

"His rehab obviously will be predetermined over the course of the next few months ... ultimately, Kevin will have a large say in when he comes back and how he's feeling."

While Durant recovers, the team will be led by Kyrie Irving, who also joined the team in the offseason from the Boston Celtics.