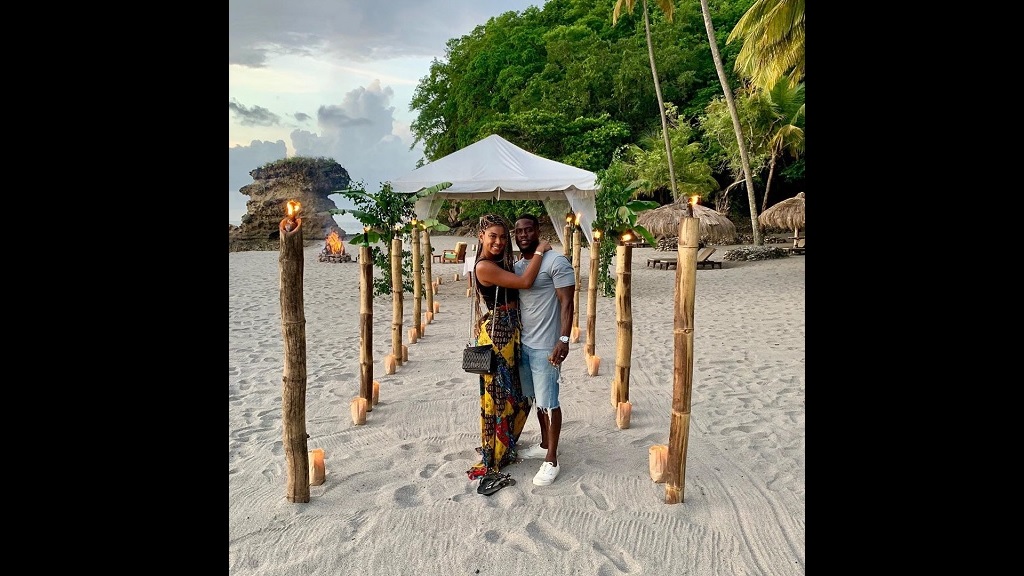 Where does the biggest star in comedy vacation for his wedding anniversary? St Lucia of course!

Kevin Hart has dominated comedy for many years now, scoring box office hit movies like Jumanji and Ride Along and headlining lucrative stand-up tours and specials.

Hart and his beautiful wife Eniko are celebrating their third wedding anniversary in St Lucia, enjoying the high-end luxury of the island, fit for a comedy king and his queen. Just today, August 16, 2019, Forbes named Hart the highest-paid comedian in the world, having brought in $59 million between June 1, 2018, and June 1, 2019.

Check out some pictures of their vacation below, including the Harts' visit to St Lucia's famous Sulphur Springs: