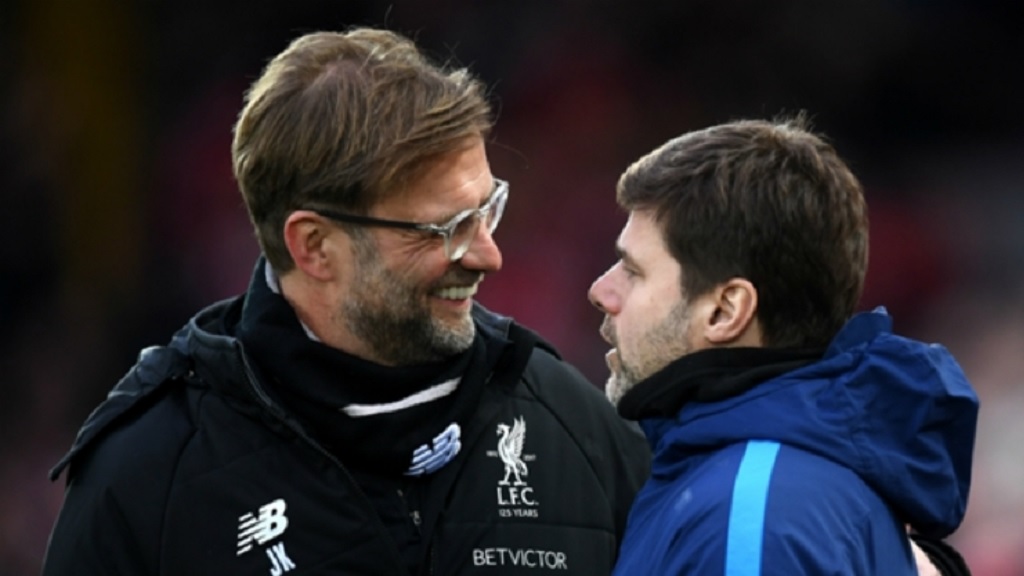 Jurgen Klopp refused to speculate on the reasons why Tottenham have failed to replicate their form of last season but predicted a difficult test for his Liverpool side on Sunday.

The Merseysiders overcame Mauricio Pochettino's men in the Champions League final in June, with Spurs expected to challenge towards the top of the Premier League table again this term.

But Spurs have won just three of nine league games to sit 13 points behind leaders Liverpool and five adrift of fourth-placed Chelsea.

There have been reports of dressing room discontent but Klopp was unwilling to offer an outsider's view when asked to assess Tottenham ahead of the weekend clash at Anfield.

He said: "I can't say anything about the Tottenham situation.

"You are constantly asked to judge things from the outside but it's not possible.

Spurs put aside their domestic troubles to thrash Red Star Belgrade 5-0 in the Champions League on Tuesday night with Harry Kane and Son Heung-min each scoring twice.

Klopp added: "Football is like this from time to time. It's not like they have forgotten how to play football.

"You cannot fully understand it from the outside but they are always able to put in a proper performance on the pitch.

"We were very respectful with our Champions League celebrations but that will be, of course, another motivation for them to put things right.

"The situation around them will not make a massive difference. I don't know how many points they have but they won't play like a team that have that many. They are a top side in the Premier League and we have to respect that."

Alex Oxlade-Chamberlain has been reintegrated into the Liverpool squad in recent weeks after a long injury lay-off and stamped his mark on the team with two goals and a man-of-the-match display in the 4-1 Champions League win at Genk on Wednesday.

Klopp feels the England midfielder is now regaining the rhythm he inevitably lost after such a lengthy spell on the sidelines.

"It's nice, he had a big impact in the game at Manchester United [last Sunday] and in midweek," he said.

"It's no secret how much I like him as a person and a player.

"The goals against Genk were incredible. The second... I haven't seen one like this for a long time, if ever.

"Yes, he had a serious injury but he has been back a long time.

"The longer you're out, the longer you need to come back. The main thing you lose is your flow, your rhythm. It needs time and that's why we never lost patience. As a player it's harder not to lose patience in yourself because you remember what you can do.

"He has made big steps in recent weeks. My expectations for him are pretty high so there is more to come."

Trent Alexander-Arnold is expected to be fit, as is fellow full-back Andy Robertson, who was brought off after an hour in Belgium.

Liverpool will wait on Joel Matip while Xherdan Shaqiri has been ruled out.