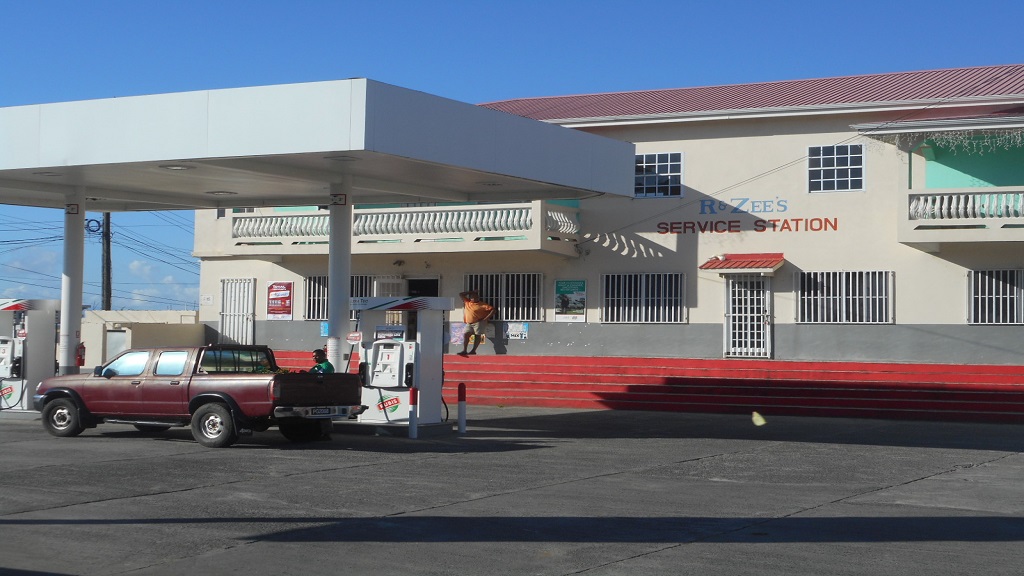 Thieves have robbed R and Zee’s Service Station, located in Piaye, Laborie, for the second time this year.

The recent incident occurred last Saturday just after midday, when an unarmed man, wearing sunglasses, entered the business house pretending to be a customer and robbed the establishment of an undisclosed sum of money.

Reports are that the man entered the building, which was occupied by only the cashier at the time and began inspecting a can with a flammable liquid, during which he engaged the cashier in a conversion about the item. At one point he pretended to be taking money from his pocket to purchase the item but surprised the cashier when he demanded she hand over the day’s earnings to him.

She acceded to his demand, and he then made his way to the back of the counter, where he doused her with the liquid a few times. When she opened the cash register to allow him to have his way, some of the money fell out, which the bandit picked up and escaped on foot.

While making his escape he was chased by someone driving a vehicle but to no avail.

Video footage of the incident was captured on the CCTV of the business house, located close to the main road.

The last incident occurred around the same time of the day as the recent one.

No one has been arrested in any of those incidents so far.

The business co-owner, Russel Mason, who has been robbed a few times at his home, declined to comment on the matter.

The matter is under investigation by the Laborie police.

As the police carry out their investigations, rumours are rife in the community as to who committed the brazen robbery.