Lakers humbled in Boston, Simmons and Lillard star in victories 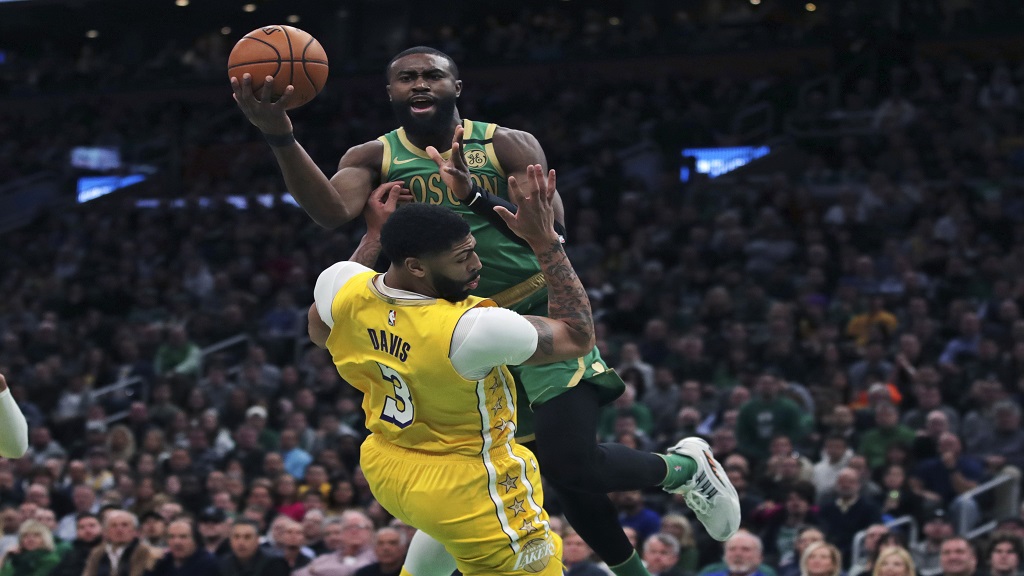 The Los Angeles Lakers suffered their heaviest loss of the NBA season on Monday, while Ben Simmons and Damian Lillard inspired victories with stunning performances.

LeBron James and Anthony Davis featured from the start but the Lakers never got going in a heavy 139-107 defeat to the Boston Celtics.

Joel Embiid's absence through injury failed to hurt the Philadelphia 76ers as Simmons shone in a 117-111 road victory over the slumping Brooklyn Nets.

Simmons enjoyed one of the best games of his career, posting a triple-double with 34 points, 12 rebounds and 12 assists, plus five steals.

There was similar joy elsewhere for Damian Lillard, who erupted for a career-best 61 points – including 11 three-pointers – as the Portland Trail Blazers overcame the Golden State Warriors 129-124 in an overtime thriller.

Russell Westbrook's 32 points, 12 assists and 11 rebounds went unrewarded as the Houston Rockets squandered a big lead to lose 112-107 to the Oklahoma City Thunder.

The Rockets were overrun after taking a 16-point advantage into the fourth quarter, as Chris Paul and Danilo Gallinari shared 53 points for OKC.

The Miami Heat resumed their charge in the Eastern Conference, outlasting the Sacramento Kings 118-113 in overtime.

Meanwhile, in Minnesota, the Denver Nuggets bounced back to winning ways, topping the Timberwolves 107-100 thanks to double-doubles from Nikola Jokic and Michael Porter Jr.

Lowry misses out in Atlanta

The Toronto Raptors claimed a 122-117 win against the Atlanta Hawks but it was still a game to forget for five-time All Star Kyle Lowry, who went three-of-11 from the floor and missed each of his five three-point attempts.

Kristaps Porzingis could return from a knee injury when the Dallas Mavericks (27-15) entertain the Los Angeles Clippers (30-13) in Tuesday's only game.