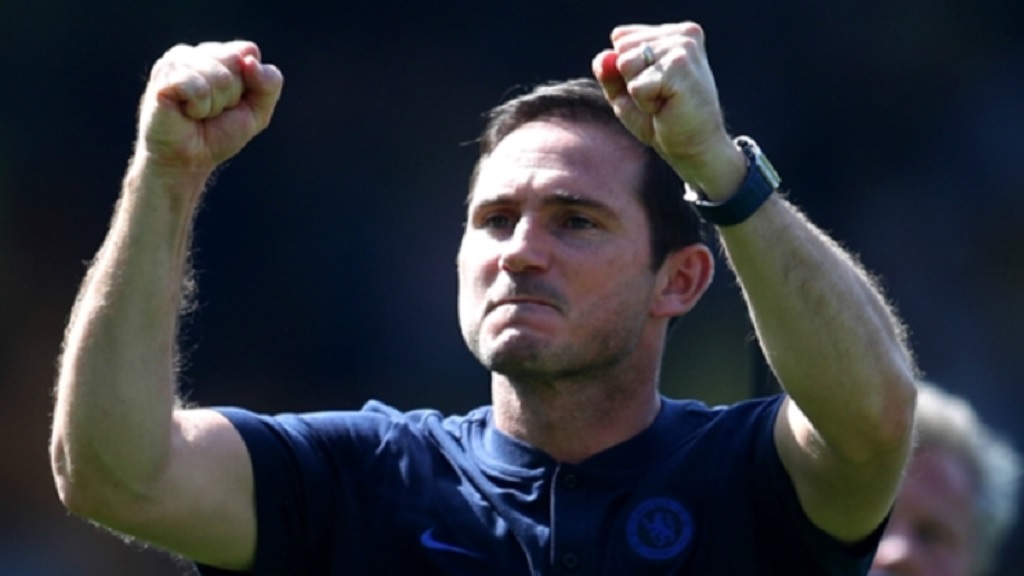 Frank Lampard said Chelsea could have avoided a "nervy" end to their 3-2 victory over Norwich City had they been more clinical, but nevertheless reserved special praise for two-goal striker Tammy Abraham.

Former Aston Villa and Swansea City loanee Abraham scored his first Premier League goal for Chelsea after three minutes at Carrow Road and, after Todd Cantwell pulled one back for the hosts, Chelsea restored their lead through Mason Mount.

Teemu Pukki scored for the third consecutive match to pull Norwich level at half-time but Abraham hit the winner after 68 minutes, rattling a shot through Grant Hanley's legs and beyond Tim Krul to clinch the Blues' first league win of the season.

Lampard, who replaced Maurizio Sarri as Chelsea boss in the close season, has yet to see his charges keep a clean sheet in the league and he expressed his dissatisfaction with the goals Norwich scored.

But the former midfielder said the Blues had deserved more in their opening two league games - a 4-0 defeat at Manchester United and a 1-1 draw at home with Leicester City.

"It was a tough test and Norwich will get a lot of points here and give teams hard games as they are a very good side," Lampard told BT Sport.

"I think we played really well. The only thing I'd say is those were two goals we shouldn't be giving away, particularly the second one I didn't like, and we need to be more clinical.

"If we're more clinical, we take the game away from Norwich and we don't have the nervy last five or 10 minutes, but I thought there were lots of really good elements to our game and I'm pleased."

With Chelsea serving a transfer ban, Lampard relied on young players in his pre-season preparations and against Norwich he fielded the youngest Blues line-up in a Premier League game since February 1994, with an average age of 24 years and 208 days.

The manager had his faith in youth repaid by Abraham, who became the youngest player to score a top-flight brace for Chelsea since Mark Nicholls in January 1998.

"I'm pleased with them, particularly Tammy because it's his first goals for us, he's starting and competing, and he's [scored] two really good goals and the winning goal," Lampard said.

"But I don't want to just talk about them; I want to talk about all the players out there today because those conditions are hard. It's hot here against a good team and we absolutely controlled huge parts of the game.

"We need to win games. We're Chelsea, and nothing is a given in this league. Every year it seems to get harder and our performances haven't given us what we deserved so far, but today it did - it just could have been more comfortable."

Lampard drafted Ross Barkley into his starting line-up shortly before kick-off after Pedro suffered an injury, while Marcos Alonso had to come on for Mount in second-half stoppage time.

"Pedro felt his hamstring in the warm-up so there maybe a small strain there, whereas Mason had a kick on his calf, so it's better news than a strain of any sort and hopefully will recover," Lampard added.

Mourinho tells Lampard to play Zouma and Abraham at Chelsea