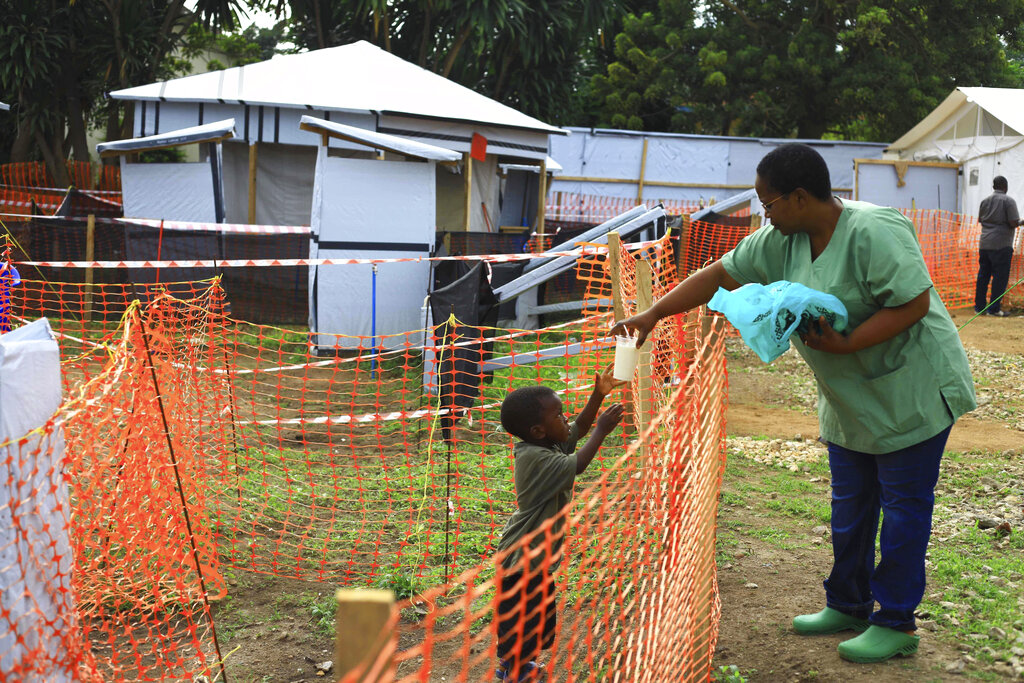 In this Sunday, Sept. 9, 2018 file photo, a health worker feeds a boy suspected of having the Ebola virus at an Ebola treatment centre in Beni, Eastern Congo. (AP Photo/Al-hadji Kudra Maliro, File)

The Latest on the Ebola outbreak in Congo (all times local):

Congo's Health Ministry says more than 1,000 people have died in an Ebola outbreak that started in August.

Health Minister Oly Ilunga confirmed to The Associated Press on Friday that the number of infected people who have died reached 1,008.

Congolese health officials have operated treatment centres at the epicentre of the epidemic since international aid organizations pulled out amid deteriorating security conditions.

Doctors Without Borders and the International Rescue Committee suspend operations in the towns of Butembo and Kutwa. Vaccination campaigns also have slowed in areas too volatile for health personnel to visit.

Despite the mounting death toll, the World Health Organization has said the outbreak remains geographically isolated and hasn't spread to neighbouring countries.

Michael Ryan, WHO's emergencies chief, made the announcement at a news conference in Geneva.

The Ebola outbreak that was declared in eastern Congo in August is already the second deadliest outbreak in history, and efforts to control it have been complicated by a volatile security situation and deep community mistrust.

Ebola treatment centres have come under repeated attack, and a Cameroonian epidemiologist working with WHO was killed last month.

Ryan says another attempted attack was made on the treatment centre in Butembo city on Thursday but was repelled by security personnel. No one was injured.