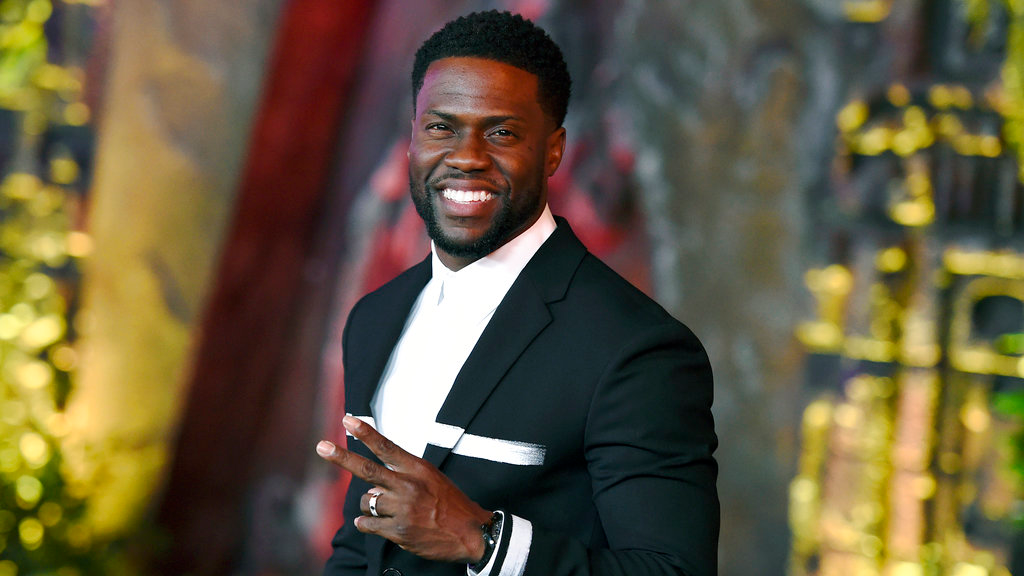 In this Dec. 11, 2017 file photo, Kevin Hart arrives at the Los Angeles premiere of "Jumanji: Welcome to the Jungle" in Los Angeles. (Photo by Jordan Strauss/Invision/AP, File)

The Latest on the Academy Awards (all times local):

Kevin Hart says he has stepped down as Oscars host following an outcry over previous anti-gay tweets by the comedian.

Hart posted on Twitter early Friday an apology to the LGBTQ community for his past words.

He said he stepped down so as not to be a distraction on a night that should be celebrated by so many amazingly talented artists.

Kevin Hart's response to criticism over earlier homophobic tweets has further inflamed the backlash to the newly minted Oscar host.

On Thursday, Hart wrote on Instagram that critics should "stop being negative" after years-old tweets surfaced in which he used homophobic slurs. In an accompanying video, a shirtless Hart said he wasn't going to "let the craziness frustrate me." Hart said he "loves everybody."

The gay media watchdog group GLAAD said it has reached out to Oscars broadcaster ABC, the Academy of Motion Pictures Arts and Sciences and Hart's management to "discuss Kevin's anti-LGBTQ rhetoric and record."

The film academy on Tuesday announced Hart as host to its February ceremony. A representative for the academy didn't respond to messages Thursday.

Man charged with trying to extort Kevin Hart with video

Video: Kevin Hart gets his star on the Hollywood Walk of Fame