The Latest: Saudis reject threats amid concern over writer 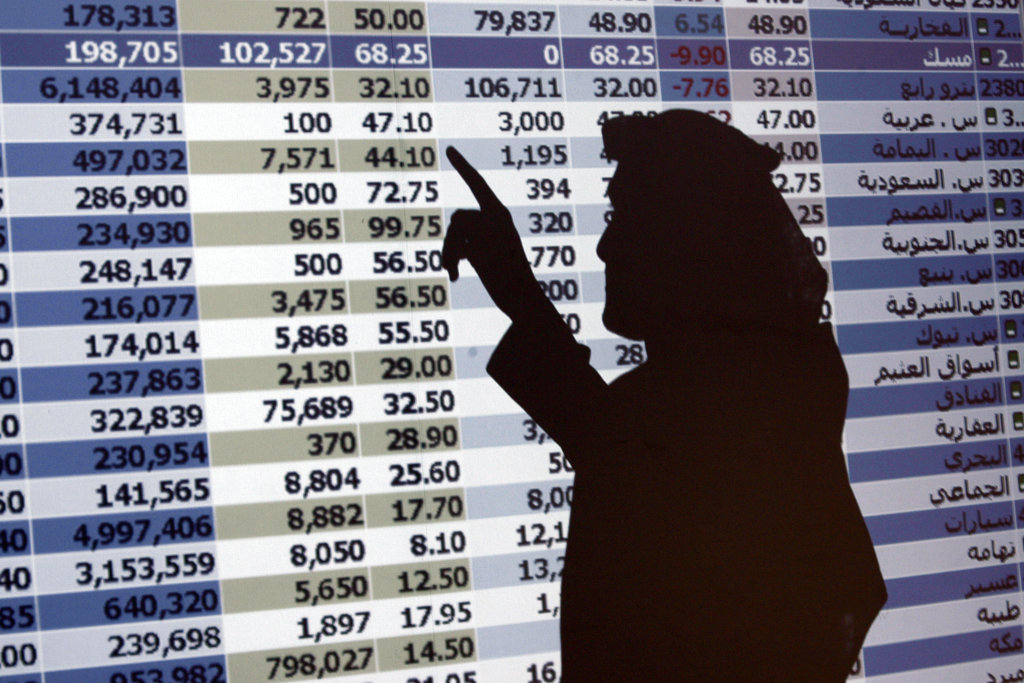 The shadow of a Saudi trader is seen on a stock market monitor in Riyadh, Saudi Arabia. (AP Photo/Hassan Ammar, File)

The Latest on the disappearance of a Saudi writer who Turkish officials fear was killed inside the Saudi Consulate in Istanbul (all times local):

Saudi Arabia says it rejects any "threats" of economic sanctions or political pressure after President Donald Trump's comments on the disappearance of Jamal Khashoggi.

The statement carried by the state-run Saudi Press Agency on Sunday also warned that the kingdom will respond to any steps taken against it.

This statement came after the Saudi stock market plunged by nearly 7 percent at one point on Sunday.

The statement did not directly acknowledge Khashoggi's disappearance, which happened Oct. 2 when he visited the Saudi Consulate in Istanbul.

Turkish officials fear Khashoggi was killed and dismembered. Saudi officials call the allegations "baseless," but have offered no evidence Khashoggi ever left the consulate.

The drop in the Tadawul exchange in Riyadh happened Sunday, the first day of trading.

In an interview to be aired Sunday, Trump told CBS' "60 Minutes" that "We're going to get to the bottom of it and there will be severe punishment."

Turkish officials say they fear Saudi agents killed Khashoggi after he entered the Saudi Consulate in Istanbul on Oct. 2. The kingdom has called the allegations "baseless," but has offered no evidence the writer ever left the consulate.

Missing Saudi journalist once a voice of reform in kingdom